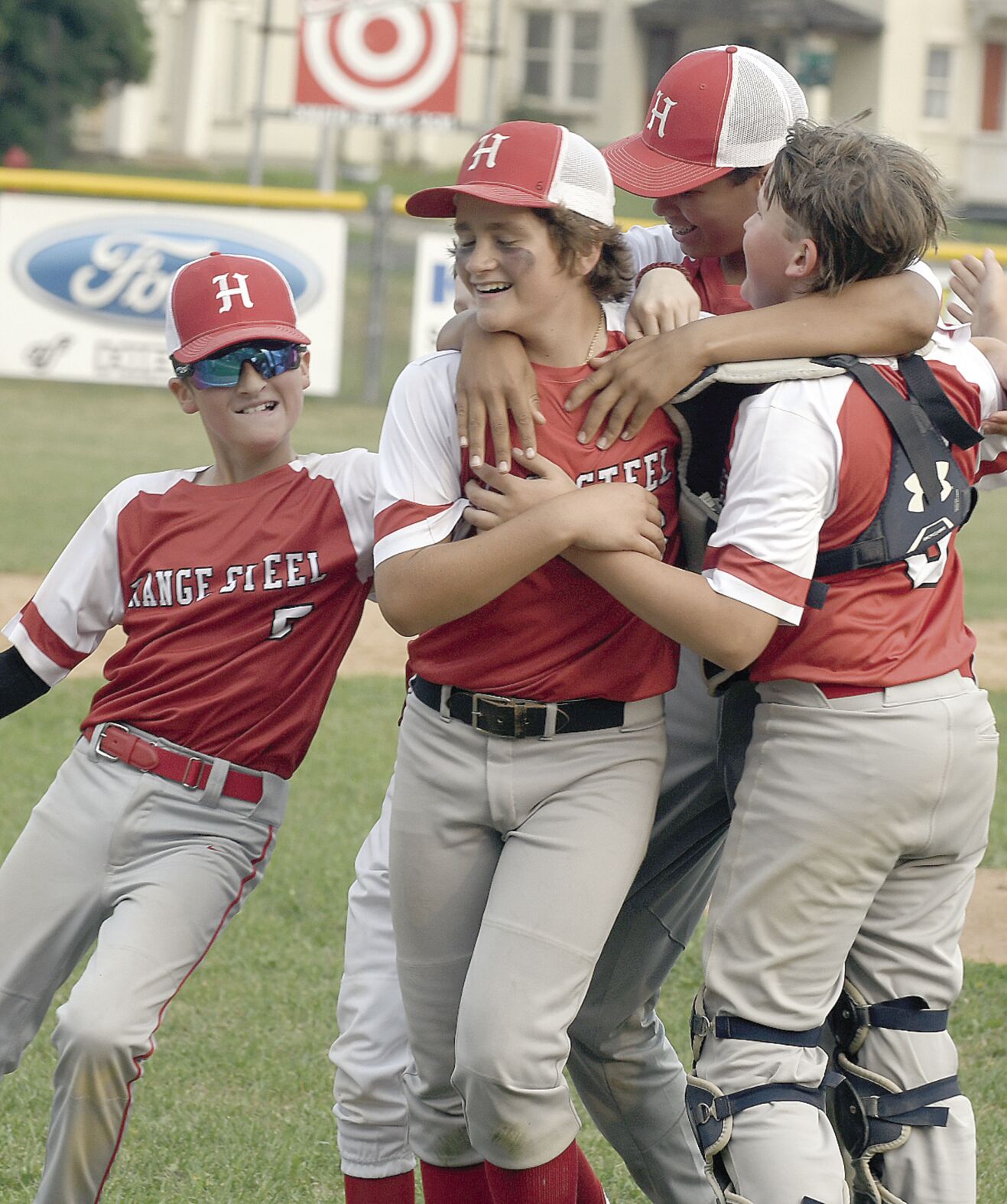 Some members of Range Steel celebrate their second-straight championship. 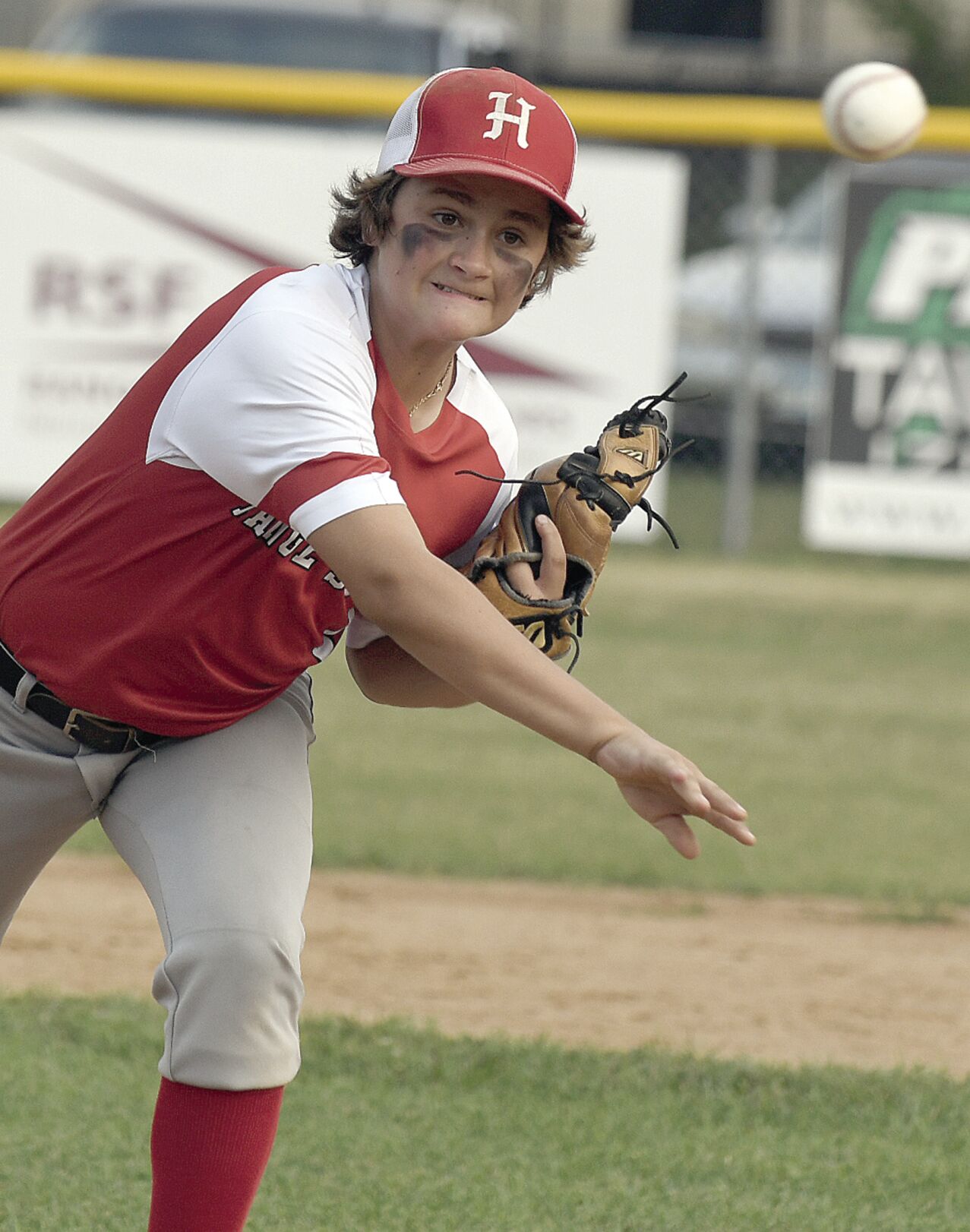 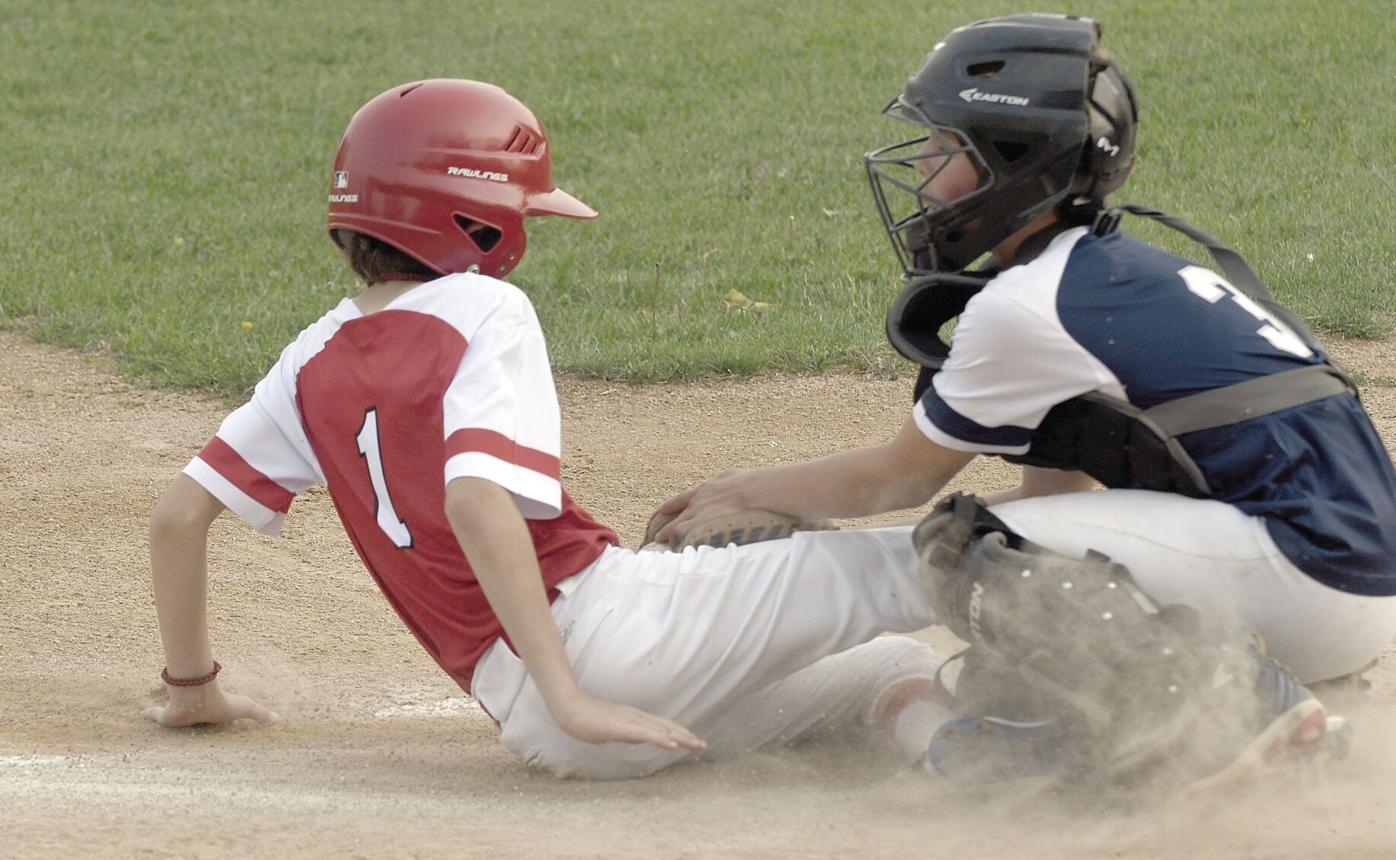 Range Steel’s Gavin Sandnas is tagged out at plate by Lions Club catcher Max Bautch during the fourth inning of their Hibbing Little League championship game Wednesday at Hanson-Lee Field.

Some members of Range Steel celebrate their second-straight championship.

Range Steel’s Gavin Sandnas is tagged out at plate by Lions Club catcher Max Bautch during the fourth inning of their Hibbing Little League championship game Wednesday at Hanson-Lee Field.

HIBBING — If there’s one key in any baseball game it’s pitching.

The ability to keep the ball around the plate can go a long way in determining a game.

Fortunately for Range Steel coach Tony Potter, he had that individual.

Strukel, who had a 9-0 record this year with an ERA of just over one run per game, struck out 10 and walked two.

“This year, we had a veteran group,” Potter said. “We returned seven kids, with five 12-year-olds. We also had the best pitcher in the league. That kid is a special player. He led this group.

“When he’s on the mound, there’s a good bet we can get that game, but we were a complete team. We hit the ball well. I’m proud of all of them.

Lions Club coach John Maxwell knew his team was up against it with Strukel on the mound, but he was pleased with the way they responded.

“They didn’t lose a lot of games, mainly because of their great starting pitcher,” Maxwell said. “We knew that if we could hang in there and get through him, we might have a shot. He just throws heat and he’s always over the plate.

“He forces these young hitters to swing the bat. A lot of these young guys haven’t seen anything like this. Even facing this guy five times during the season, it’s still a learning experience for these guys.”

Range Steel took a 1-0 lead in the first inning Aiden Davey singled, and scored on a double by Strukel.

Lions Club tied it in the second when Keyan Menara singled. He would eventually score on a wild pitch.

Lions Club took a 2-1 lead in the fourth when Vinny Fatticci singled, took second and third on wild pitches. He scored on another wild pitch.

Potter wasn’t expecting to be in this position, but he knew Strukel would keep the game close.

There was one other problem — pitch count.

“As long as he was in there, I knew it was going to be tight,” Potter said. “I knew being the home team and knowing where his pitch count was, we had a good chance. Their pitcher (Connor Heaton) was getting close to his pitch count, too.

“I knew it was going to be a fight, but I was confident that our guys would pull it through.”

Trailing by one, Range Steel needed to respond, and the bottom of the fourth started off on the right foot as Gavin Sandnas singled, but he got thrown out at home plate.

Davey would single, but he was forced out at second on a fielder’s choice ground ball hit by Coleton Hill.

Strukel stepped to the plate and hit a long drive to right field. He finished with an inside-the-park-homerun to give Range Steel the lead.

“That was crucial, those couple of runs there,” Potter said. “I’m not going to lie, the way that inning started, there was a lot of momentum, then a couple of calls went against us. All of a sudden, it got dicey.

Lions Club made a bid to tie it in the fifth as Menara hit a fly ball to center, but Davey tracked it down and made the catch.

“I have to give a special shoutout to Aiden on that catch,” Potter said. “That’s their best hitter. That out to start the fifth, that was crucial. That’s what allowed us to stretch out Jackson to finish it out.”

After that catch, Strukel only faced six hitters, striking out three of them to preserve the win.

Lions Club couldn’t get anything else going, but that didn’t stop Maxwell from praising his teams’ effort.

“They went out there and had a great ball game,” Maxwell said. “I told them after the game that they have to come back next year and be more ready for it. They will have another year under their belt.