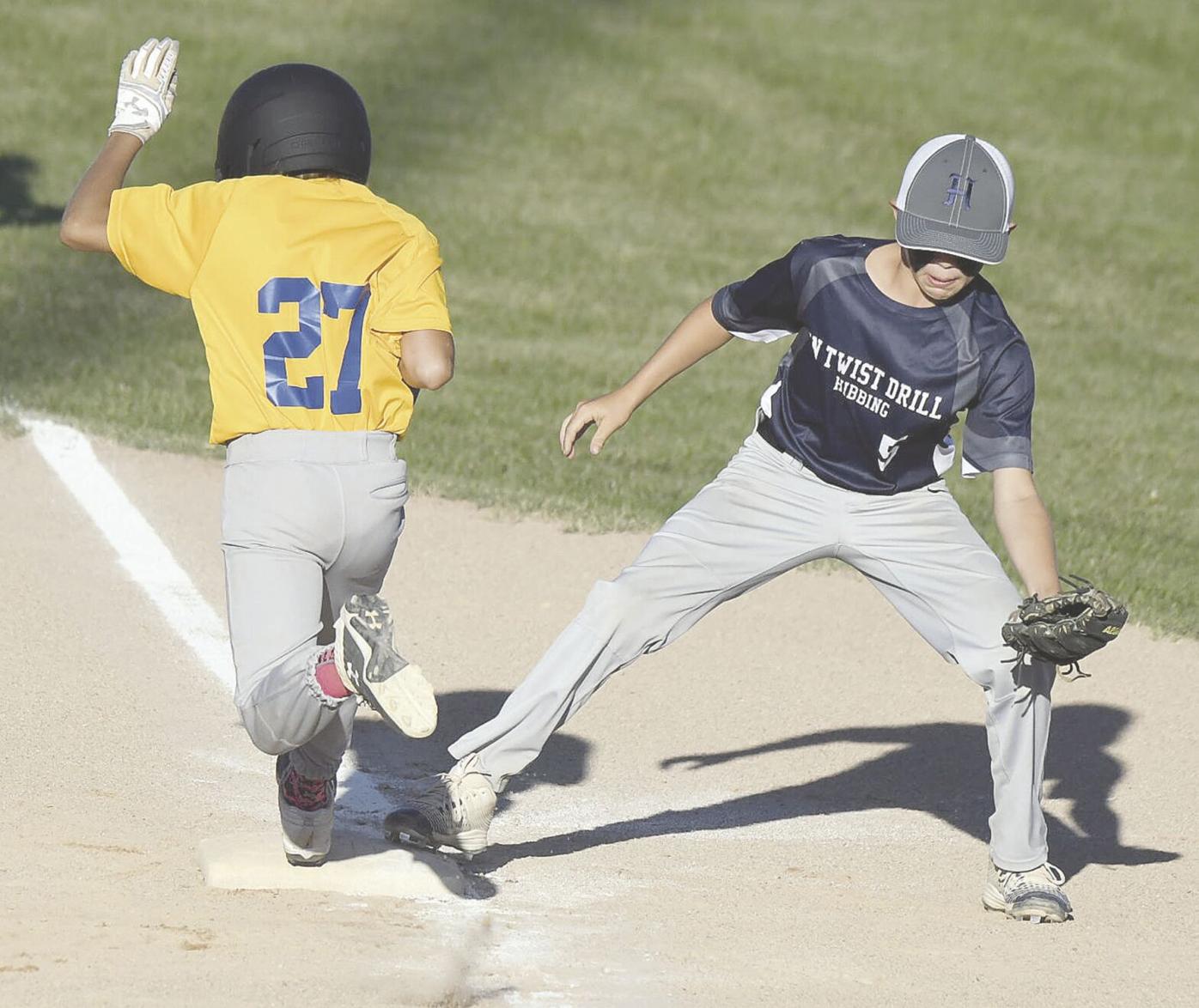 HIBBING — The MN Twist Drill Hibbing Junior League baseball team fell behind 2-0 to Deer River after a half inning.

Even though it was so early, Hibbing coach Brian Anderson was happy with how his team was able to rally after falling behind by two.

“The kids held together,” Anderson said. ‘We’re hurting in the middle of our lineup right now. We’re not getting the hits that we normally get. We struck out 12 times. That's way too many.

Deer River took advantage of a MN Twist Drill error in the first inning to take that quick lead.

Caleb Carlson walked, then reached second when Ben Storlie’s ground ball was misplayed for an error. Lawrence Bowstrong singled home a run, then a fielder’s choice ground ball put runners on first and third with two out.

Caiden Schjenken then hit an RBI groundout to make it 2-0.

Hibbing answered with one run in the bottom of the first inning.

Christian Dickson hit a lead-off triple, then he scored on a Drew Anderson single. He stole second, then Liam Bussey walked, but two strikeouts ended that threat.

Drew Anderson, who started on the mound for MN Twist Drill, settled down after that rough first inning, and only gave up two hits from the second to the sixth innings.

“Drew did a fine job,” Anderson said. “He threw a little more pitches than I wanted him to. Kids always tell you their arm feels fine. He had 95 pitches, but he did well.”

In the meantime, Hibbing took the lead in the bottom of the second when Dainen Blight and Nathan Gustafson hit back-to-back singles, then with one out, Dickson hit an RBI single.

Anderson followed with a run-scoring base hit and it was 3-2, but Hibbing left two runners stranded with two more strikeouts.

The ability to rally back was a good sign for Anderson because he said his team has been having some trouble at the plate lately.

“They have to start believing in themselves,” Anderson said. “If they swing and miss, they have no confidence. Before this, they were hitting the ball, getting extra-base hits. Right now, we have a couple of guys who are in a funk.

“They have to snap out of it

MN Twist Drill would take a 4-2 lead with one run in the third.

Jace Kampsula walked with one out. He stole second, then scored when Gustafson reached on an error.

Anderson, who finished with a four-hitter, striking out nine and walking four, found himself in trouble in the seventh as Zack Mann walked, then with one out, Storlie reached on an error.

With two out, Kayden Gotchie singled home a run. Schjenken singled to load the bases.

Hibbing got the final out when Storlie tried to score on a wild pitch. He was thrown out at the plate to end the game.

“Dickson had some great hits for us,” Anderson said. “He led us offensively. It was a good game, but I wish we could have had a little more breathing room. I’m proud of the boys. They came back and won.”