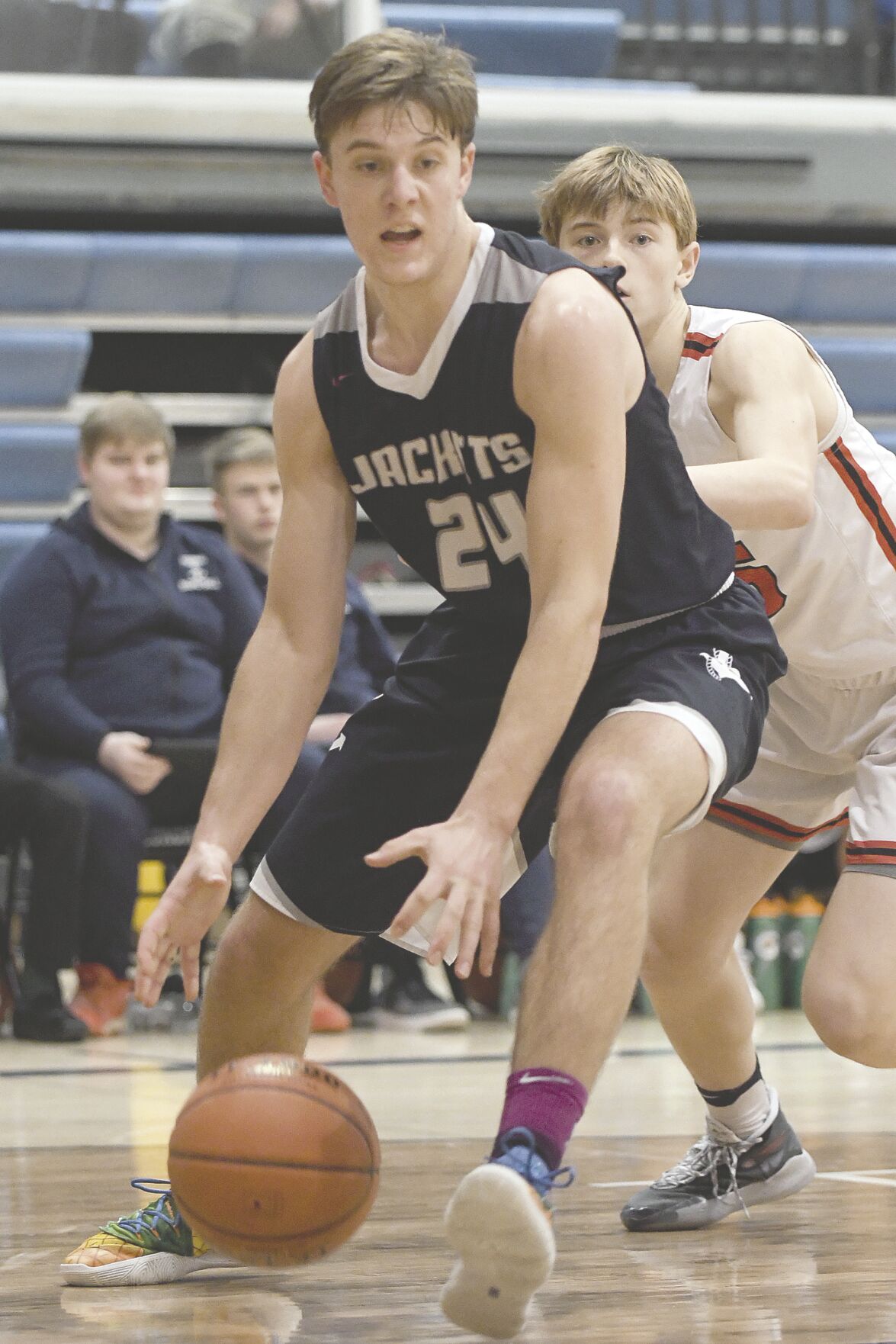 Hibbing’s Eli Erickson drives to the basket during a Bluejacket game last year. Hibbing is primed to make a state run during the 2021 season. 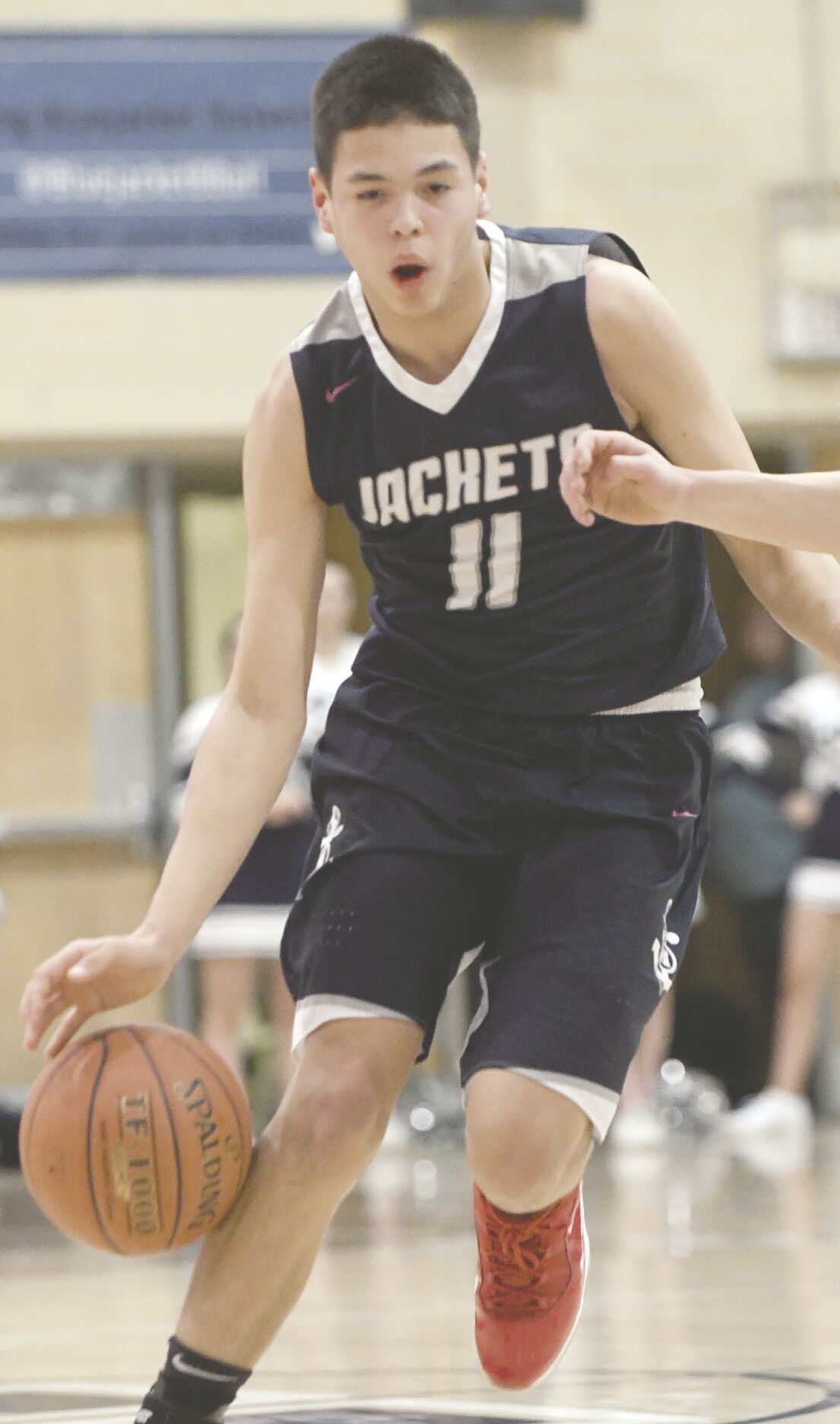 Hibbing’s Eli Erickson drives to the basket during a Bluejacket game last year. Hibbing is primed to make a state run during the 2021 season.

HIBBING — It’s no secret that the Hibbing High School boys basketball team has had their eyes set on a state-tournament berth.

That dream came to an end last year with a loss to Hermantown in the 7AAA semifinals.

This group of Bluejacket players has had the distinct goal of making it to state, and for seven seniors, this will be their last season to accomplish that objective.

There’s no better time than now for Hibbing to make that goal a reality and advance to state for the first time since 1989.

“This is the year to promote doing the right things on and off the floor, especially with COVID,” Hibbing coach Joel McDonald said. “It’s giving ourselves the best chance to get through this season, with 18 games, then to the playoffs.

“It’s all about the postseason and getting that shot at the state tournament. All of that could be thrown by the wayside if we don’t do it, but there is some luck involved. We have to be a little lucky.”

“They’ve been involved in this stuff for a long time,” McDonald said. “It’s past time to figure it out. They need to play smart, hard and physically. They have to be the tone setters. I’ve seen that reflected in practice.

“The key, at this point, is playing hungry.”

McDonald and Verhel have been big pieces of the puzzle over the past three seasons.

“Like the seniors, they have to provide that stability and foundation for us to do everything we need done on both ends of the floor,” McDonald said. “It’s a commitment to being selfless, knowing what you’re expected to do. We’ve been doing that for quite some time. Now it’s time to get the job done.”

What kind of contributions Rusich, Manning, Jensrud, Kivela and Chacich give will make the Bluejackets deeper and stronger.

“They have a little less experience, but they have to be ready to be a part of it,” McDonald said. “They largely watched last year, so they saw how close we were to being a successful team.

“They have to be ready to be a part of that, and that involves showing up to practice every night.”

Offense shouldn’t be a problem for Hibbing. The Bluejackets want to play quickly, but there will be times to be more patient.

“Everyone knows we have a decent amount of firepower,” McDonald said. “We also have to understand that we’ve got to have the knowledge and feel for game situations where we’re not taking bad shots or having bad possessions.

“It’s making the right situational decisions with shots. As much as we like to get in a track meet, there comes a point where we cause things to implode on us, too. We have to take care of the ball if we want to maximize what we want on the offensive end.”

The one problem the Bluejackets have is defensively.

There’s games when Hibbing clamps down on opponents, but in last year’s 7AAA game against the Hawks, there were too many times when Hermantown players were given wide-open shots.

“It has to be a lot better,” McDonald said. “We had a defensive identity two years ago, but we lost it last year. A large majority of our practice time is trying to get that back. It might be in a different way., but our defense has to be more about possession by possession.

“That’s what we’re pushing in the first couple of weeks of practice.”

It’s all about commitment.

“That’s what can separate us from being an elite team,” McDonald said. “Nobody will roll over and play dead for us. We have to defend. We’re doing a lot of good things in that respect.

“We have to give ourselves an identity on defense.”

If that defense improves, there’s no reason why Hibbing can’t make a run at a 7AAA title.

“It all depends on what happens on both ends of the floor,” McDonald said. “We’re made up of juniors and seniors, but we have to exhibit a physical and mental toughness we may have lacked before.

“They’re growing up. It’s time to show that maturity and toughness that goes with it.”