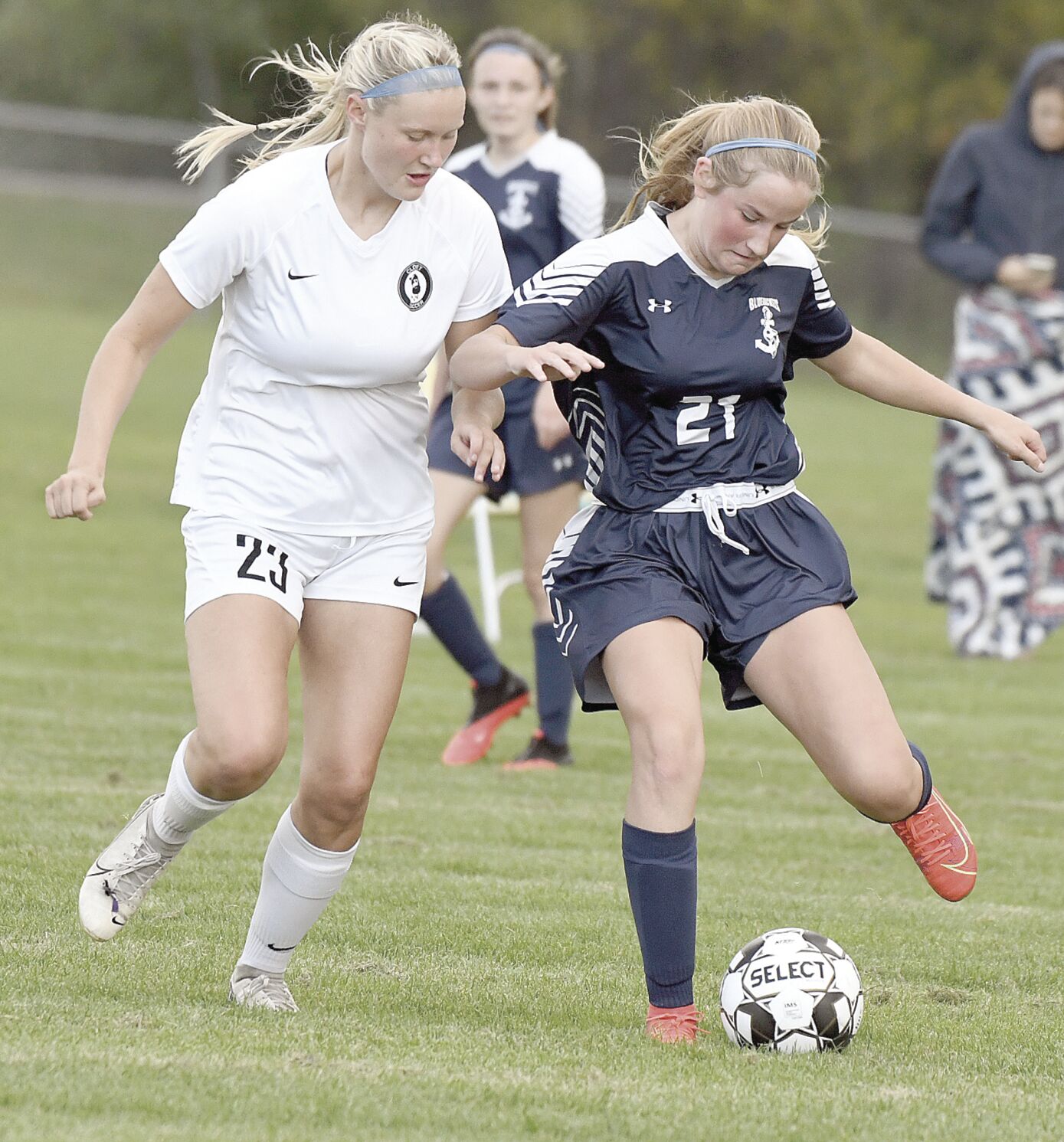 Hibbing/Chisholm’s Cassidy Koski (left) keeps the ball away from Cloquet’s Maddie Young during the first half of their game Tuesday at Vic Power Field. 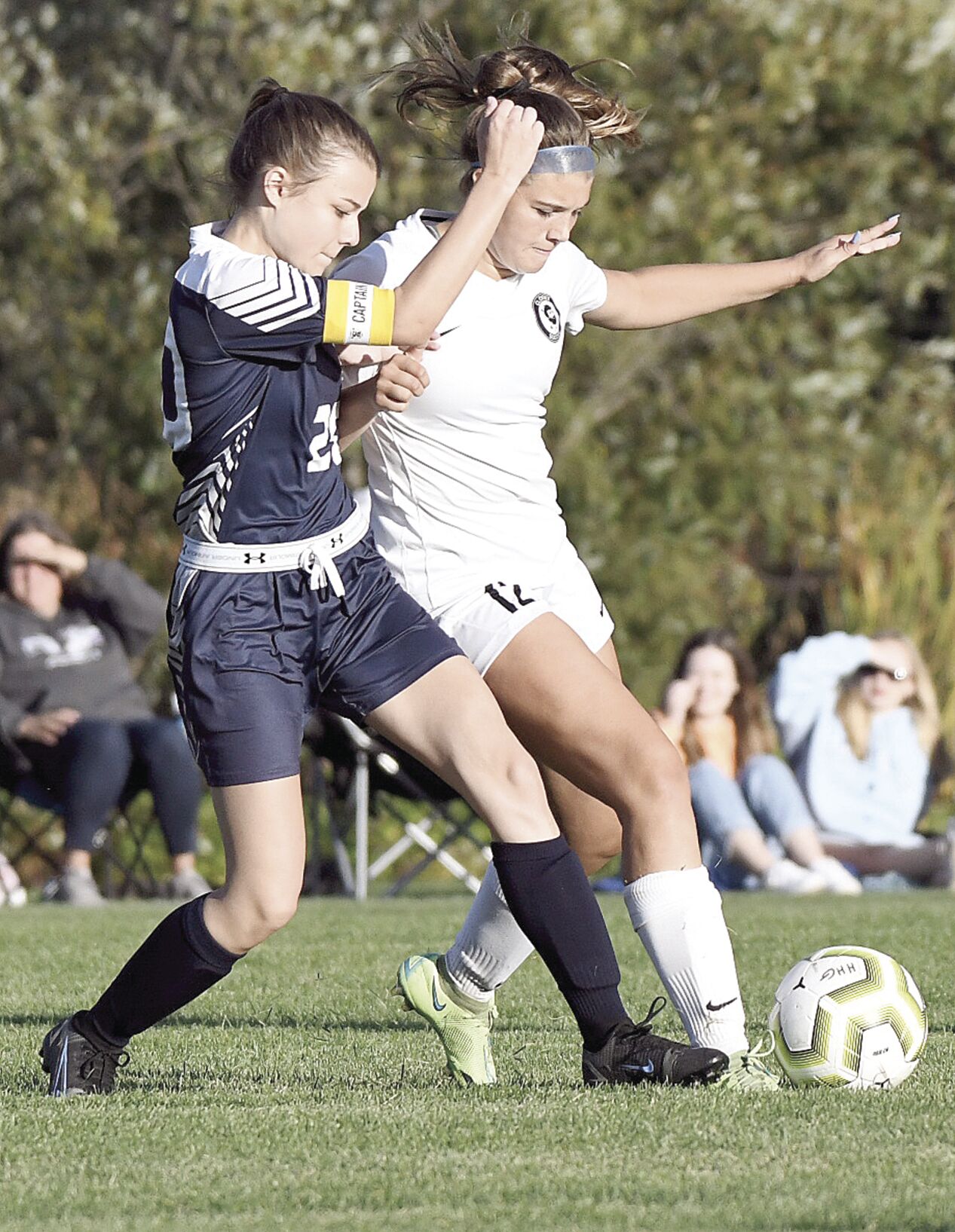 Hibbing/Chisholm’s Ella Berg (left) battles with Cloquet’s Alexa Snesrud for control of the ball during the second half of their high school girls soccer game at Vic Power Field Tuesday.

Hibbing/Chisholm’s Cassidy Koski (left) keeps the ball away from Cloquet’s Maddie Young during the first half of their game Tuesday at Vic Power Field.

Hibbing/Chisholm’s Ella Berg (left) battles with Cloquet’s Alexa Snesrud for control of the ball during the second half of their high school girls soccer game at Vic Power Field Tuesday.

Cloquet came out of the gates firing on all cylinders, scoring five first-half goals en route to an 8-0 victory over the Bluejackets at Vic Power Field.

Cloquet got three goals from Kiley Issendorf and two from Alexa Snesrud, and only one from two-time all-state player Katie Turner to improve to 5-1 on the season.

“We feel OK,” Cloquet coach Dustin Randall said. “The team has been doing well. It’s been a weird week coming back to school, but we’ll take it.”

The Lumberjacks would get the first goal of the game just 4:12 into the opening half when Avery Carlson found the back of the net.

“It’s nice to get on the board early,” Randall said. “It changes the game. I don’t know if it takes a little bit of the fire out of them if they feel like they’re scoring too easy right away. We were fighting that a little bit, staying focused and keeping our game plan.

“It’s nice to get goals early. They change games, and soccer games, for sure.”

According to Randall, his teams’ speed was responsible for those goals.

“You can either defend it, or you can’t,” Randall said. “We’ve got a two-time all-state player, and a bunch of goals coming back from previous seasons.”

Defensively, the Bluejackets couldn’t keep up.

“Defensively, we were unaware,” Hibbing/Chisholm coach Jeffrey Neist said. “Our ability to adapt to how the rhythm of the game is, is not good. That is something we can practice a little bit, but they should have been something that was taught long before they got to high school.

Randall didn’t have a problem keeping his team focused.

“They are a motivated bunch, a good group,” Randall said. “We set some goals here that we’re trying to accomplish, and we went from there.”

The Bluejackets had to concentrate on defense so much that they couldn’t get anything going on the offensive side of the ball.

“That’s what I tried to tell them. Hope is not lost by a long shot. There is hope. I’ve seen great things, but we need to fine tune those things.”