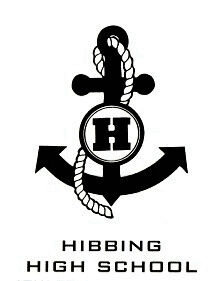 The Hibbing Bluejackets will be taking on DeLaSalle Wednesday at 7:30 p.m. in the State Class 3A State Boys' Basketball Tournament. The game will be played at St. Cloud Technical College in St. Cloud.

The Hibbing Bluejackets will be taking on DeLaSalle Wednesday at 7:30 p.m. in the State Class 3A State Boys' Basketball Tournament. The game will be played at St. Cloud Technical College in St. Cloud.

HIBBING — Back in 1991, Joel McDonald got to experience the state high school boys basketball tournament as a player for Chisholm High School.

Now, McDonald will be experiencing it as a coach in Hibbing.

The Bluejackets will take part in their first state tournament since 1989 when they hit the court today at St. Cloud Tech High School, taking on DeLaSalle in a 7:30 p.m. contest.

McDonald only played in one state during his high-school career, so he knows how hard it is to get there.

“I have a lot of appreciation in that you need that support to get there,” McDonald said. “Not only does that support come from the coaches around you on your staff, but the support I get from Carrie (his wife) at home.

“After being in this position for 22 years, we had a handful of times where we had a shot at it. Those shots don’t come around often. You know all of the things that go into it. This team has similarities to the team I played on.”

Like playing together for a lot of years, and the friendships that develop over those years.

“There’s a lot of parallels to that team, plus, you have to stay healthy,” McDonald said. “Being on the coaching end of it, you feel helpless as far as getting there. You’re not as involved as much as you were when you were a player.

“You have to trust the guys you’ve got. The guys off of our bench have come in and given us great minutes.”

Hibbing, which is 16-3 and has won nine-of-its-last-10-games, will be facing an Islanders team that finished 14-5 this season, having won seven-of-their-last-10-games.

“They’re a battle-tested team,” McDonald said. “They’ve got tradition on their hands. They’re one of the most successful state-tournament teams in history, so you have to respect that.

“We have to do the things on both ends of the floor that are a must for us to do. We can’t get rattled. We have to go down there and do the things we do well to give ourselves a chance.”

DeLaSalle is led by 6-foot-8-inch Cade Haskins, who is the Islanders leading scorer. He’s headed to Dartmouth next year.

“He’s a talented kid,” McDonald said. “It starts with him, then they have two kids who average around 13- to 14-points-per-game.”

Those two players are Evan Boyd and Nasir Whitlock.

“They have different skill sets, so they will be a handful,” McDonald said. “We have to make sure we limit the damage they do against us as much as we can.”

In that case, the Bluejackets have to limit the amount of damage DeLaSalle does in the paint.

“It’s no secret we have to defend the paint, and not give up penetration because regardless of how the game is played,we have to work harder to keep people in front of us,” McDonald said. “Their guards are quick.

“They will challenge us. When you get to the state quarters, you have to be able to do that. We have to maintain a level of focus to do that.”

Of course, the Islanders will have to defend Hibbing’s ability to shoot the 3-pointer, but it’s going to take more than shooting threes to get past DeLaSalle.

“We have to be aggressive and patient at the same time,” McDonald said. “We have to make solid decisions. We have to stay under control with our attacking the basket and paint.

“Teams like this have seen it all. We’re not going to catch them off guard. We have to value the ball to give ourselves a chance to move on. We have to do the communication thing on the other end, too.”

How Hibbing handles its nerves will go a long way in determining how the Bluejackets do.

McDonald expects his team to have some nerves.

“Any team that has aspirations of winning a game and has the talent and ability to do, you’re always going to have nerves,” McDonald said. “If you’re flatlined, I don’t know the reason why you’re playing.

“We shouldn’t be afraid of our nerves because we’re at the pinnacle of where we want to be right now. We should have some butterflies. As much as this team has traveled, that has prepared them for a situation like this.”