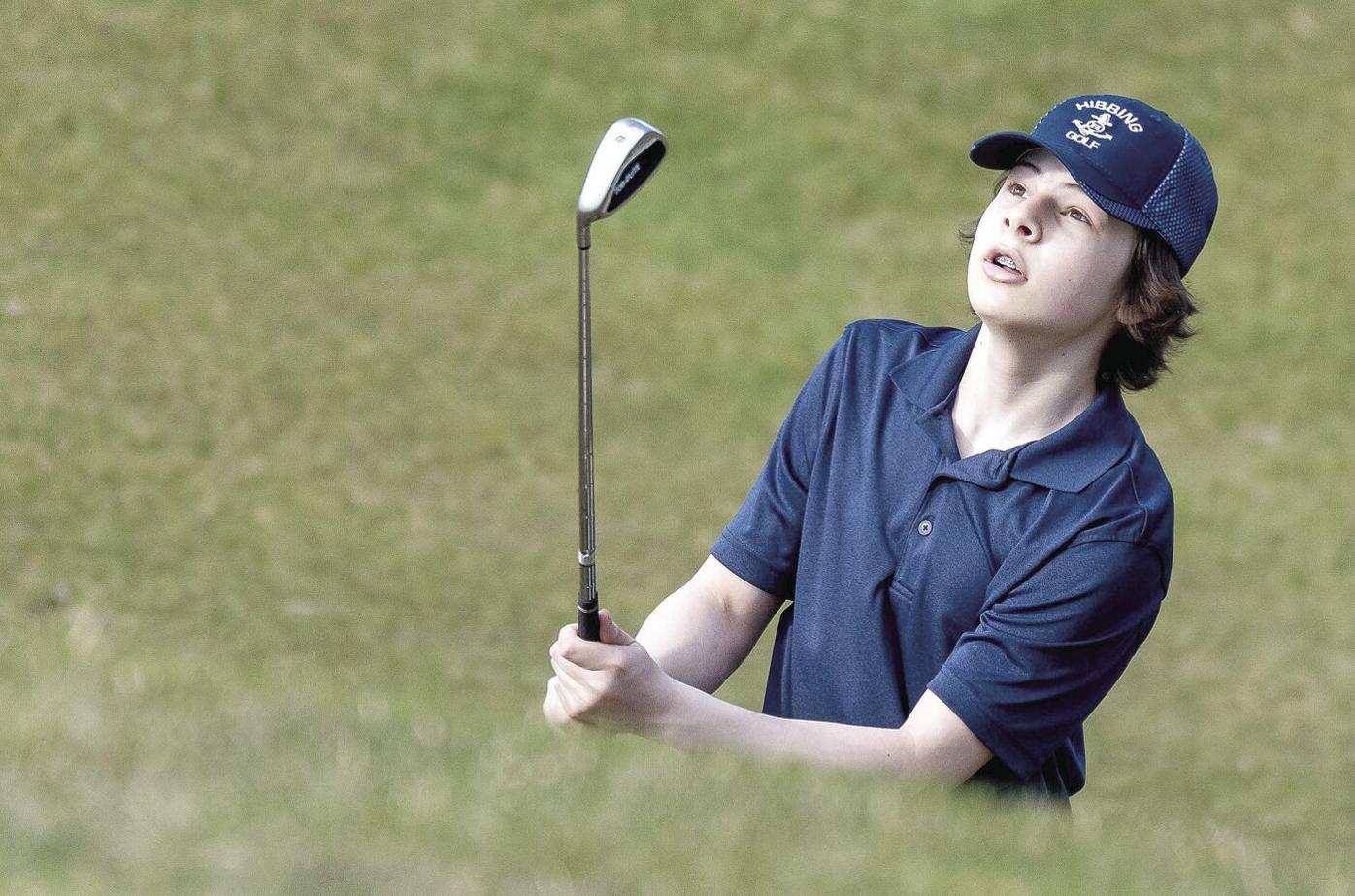 Hibbing's Dylan Horvath chips over a steep hill to land on the green during Wednesday's ERC meet in Eveleth. 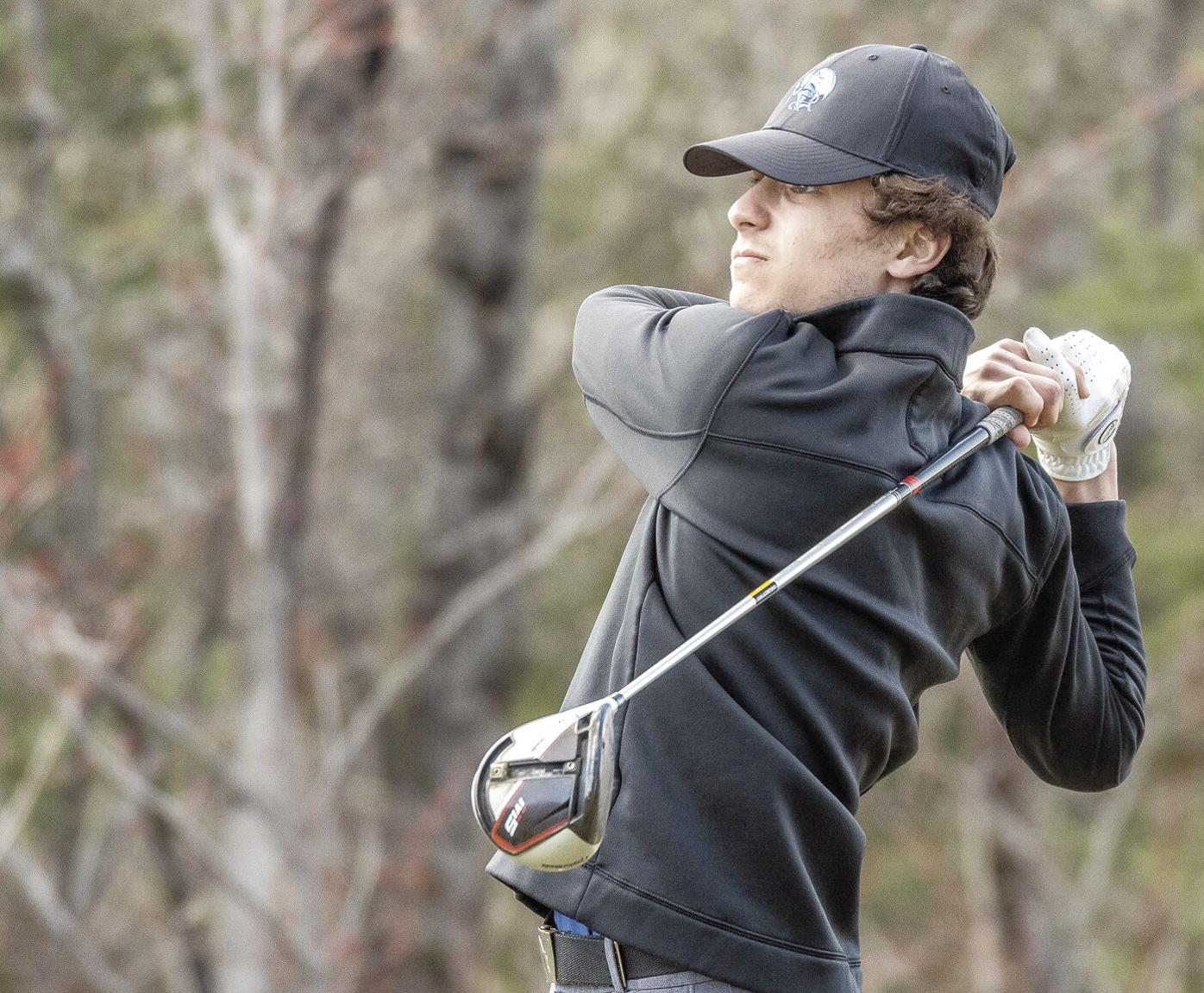 Virginia's Brennan Peterson watches the flight of his drive during Wednesday's ERC meet in Eveleth.

Hibbing's Dylan Horvath chips over a steep hill to land on the green during Wednesday's ERC meet in Eveleth.

Virginia's Brennan Peterson watches the flight of his drive during Wednesday's ERC meet in Eveleth.

Following behind the Grizzlies were Hibbing at 182, Virginia 184, International Falls 186, Eveleth-Gilbert 199 and Mesabi East 214.

Conner Willard of Hibbing was the medalist, firing a two-over-par 38. Sam Frazee and Ian Olson, both of North Woods, were tied for second with 39s.

Davis Kleppe of the Grizzlies was fourth at 41, followed by Nick Tanner of International Falls at 42, Erick Sanborn of Hibbing 43 and Tucker Johnson of Virginia 44.

“It was nice to see Conner get a win,” Hibbing coach Tom Bittman said. “He’s been golfing well, coming in second twice. I hope he can keep that up.”

The Eveleth-Gilbert scoring was as follows: Carter Orent, Ian Mikulich and Sam Troutwine each with 49; Brogan Vest with 52; Nick Troutwine at 53; Brendan Swan with 55; Drew Nelson at 56; and Kyle Beaudette with 58.