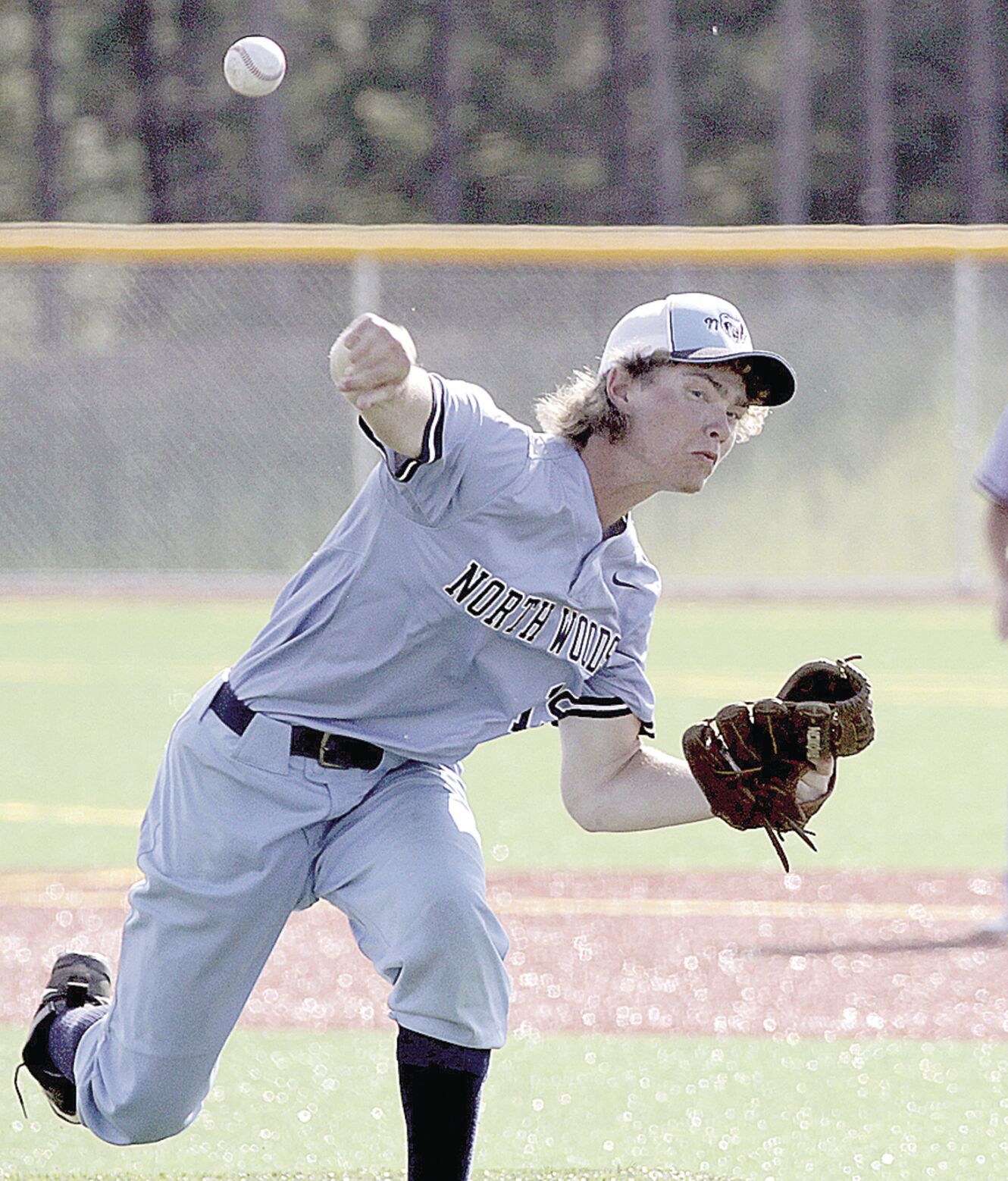 North Woods starter Chris Chaulklin delivers a pitch in the first inning of Thursday's Section 7A Championship in Aurora. 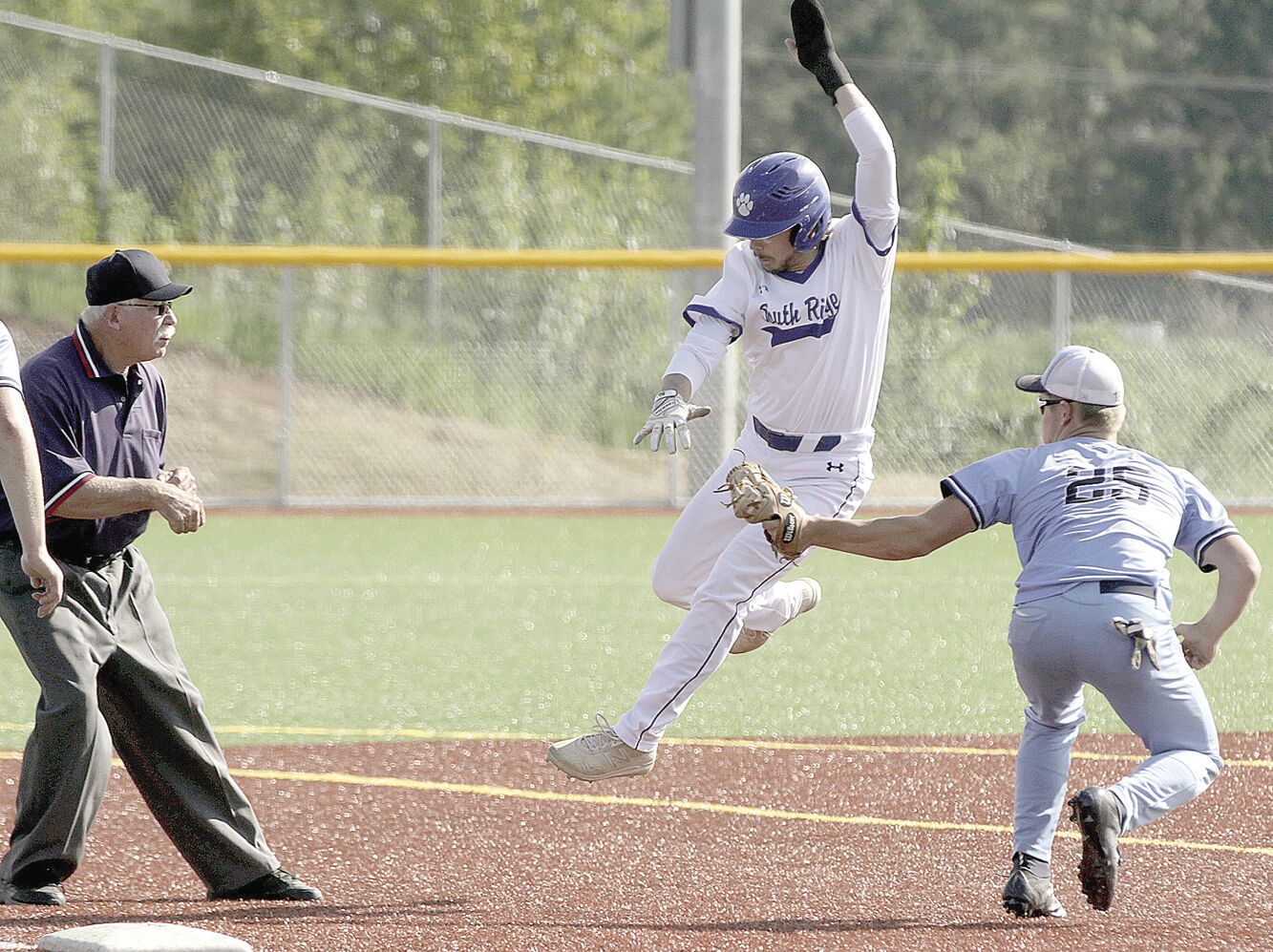 North Woods thirdbaseman Zach Cheney (25) tags out South Ridge's Wyatt Olson during a run down play between second and third in the first inning of Thursday's Section 7A Championship in Aurora.

North Woods starter Chris Chaulklin delivers a pitch in the first inning of Thursday's Section 7A Championship in Aurora.

North Woods thirdbaseman Zach Cheney (25) tags out South Ridge's Wyatt Olson during a run down play between second and third in the first inning of Thursday's Section 7A Championship in Aurora.

AURORA — The banner season for the North Woods Grizzlies baseball season ended Thursday night when the top-ranked South Ridge Panthers blanked the underdog 14-0 in the Section 7A Championship in Aurora.

South Ridge took an early lead in the first inning after three straight hits led off the game against North Woods starter Chris Chaulklin, and the Panthers never looked back to clinch a state berth in the five-inning game.

For the Grizzlies, the top half of the second inning was their undoing on this night. A leadoff walk by Tony Lisic started the inning, but a single, two errors and a wild pitch soon stretched the Panther lead to 4-0.

Chaulklin struggled with his control from there, issuing three walks from that point on in the second inning, which ended after a seven-run South Ridge outburst that put the Grizzlies behind 8-0.

North Woods senior Andrew Zika notched the team’s first hit in the bottom half of the inning with an opposite-field single, advancing to second on a passed ball before he was stranded to end the inning.

After another walk to start the third, Chaulklin was lifted for eighth-grade reliever Louie Panichi, who closed out the frame allowing only one more baserunner.

The Grizzlies looked like they had a two-out rally brewing in the bottom half of the inning after Talen Jarshaw struck out and Panichi grounded out. Cole Thiel singled and moved to second on a Chaulklin walk, bringing the cleanup batter Zach Cheney to the plate.

Cheney promptly made loud contact on a Christian Pretasky pitch and drove it to deep centerfield, where it was hauled in to retire the side.

South Ridge would add four more runs in the fourth and two more in the fifth to enact the mercy rule on the Grizzlies, ending the game after five when North Woods couldn’t solve the Panthers' pitchers.