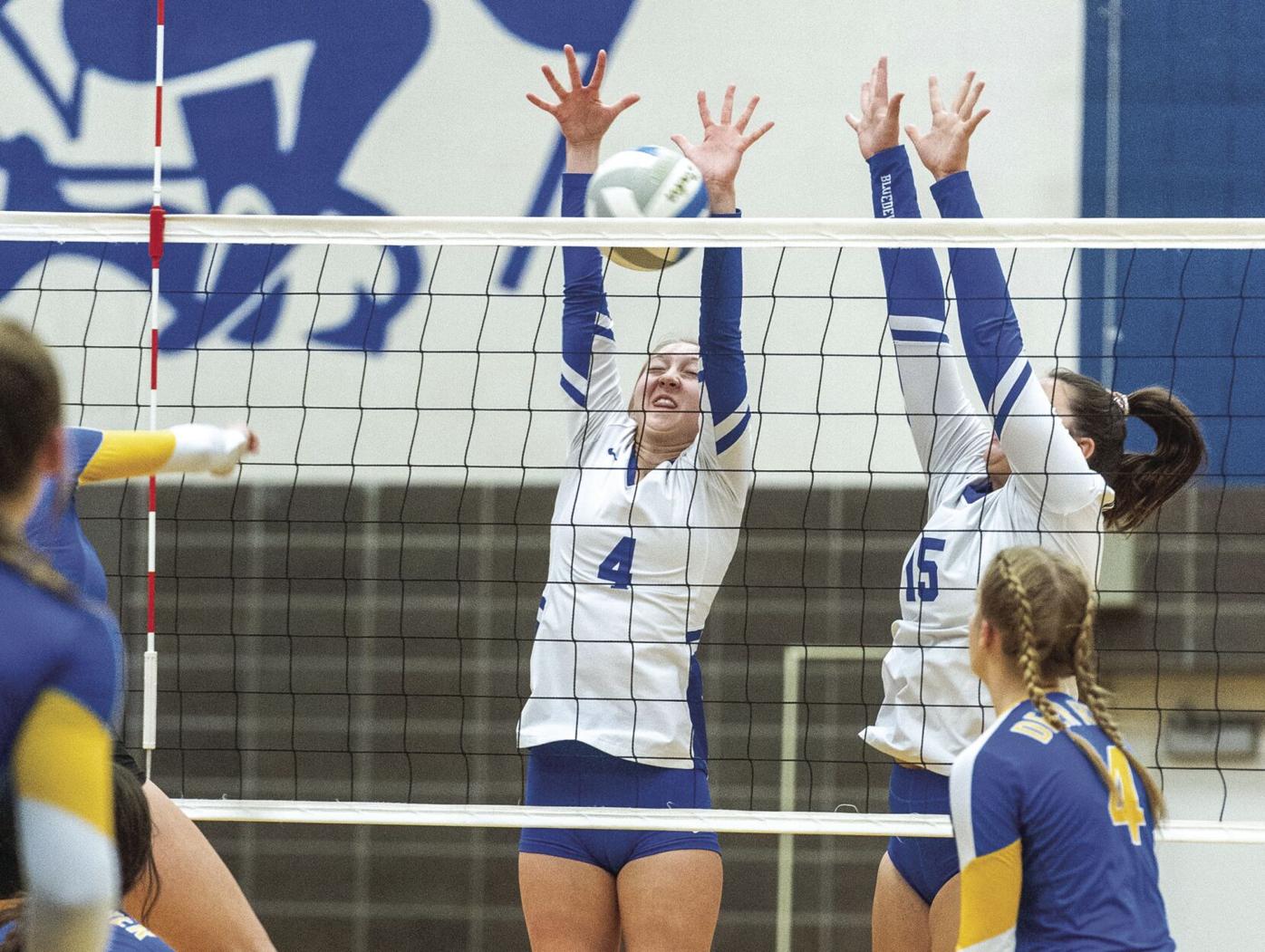 Virginia’s Hanna Rantala and Maya Carlson leap for a block at the net during Tuesday night’s game against Deer River in Virginia. 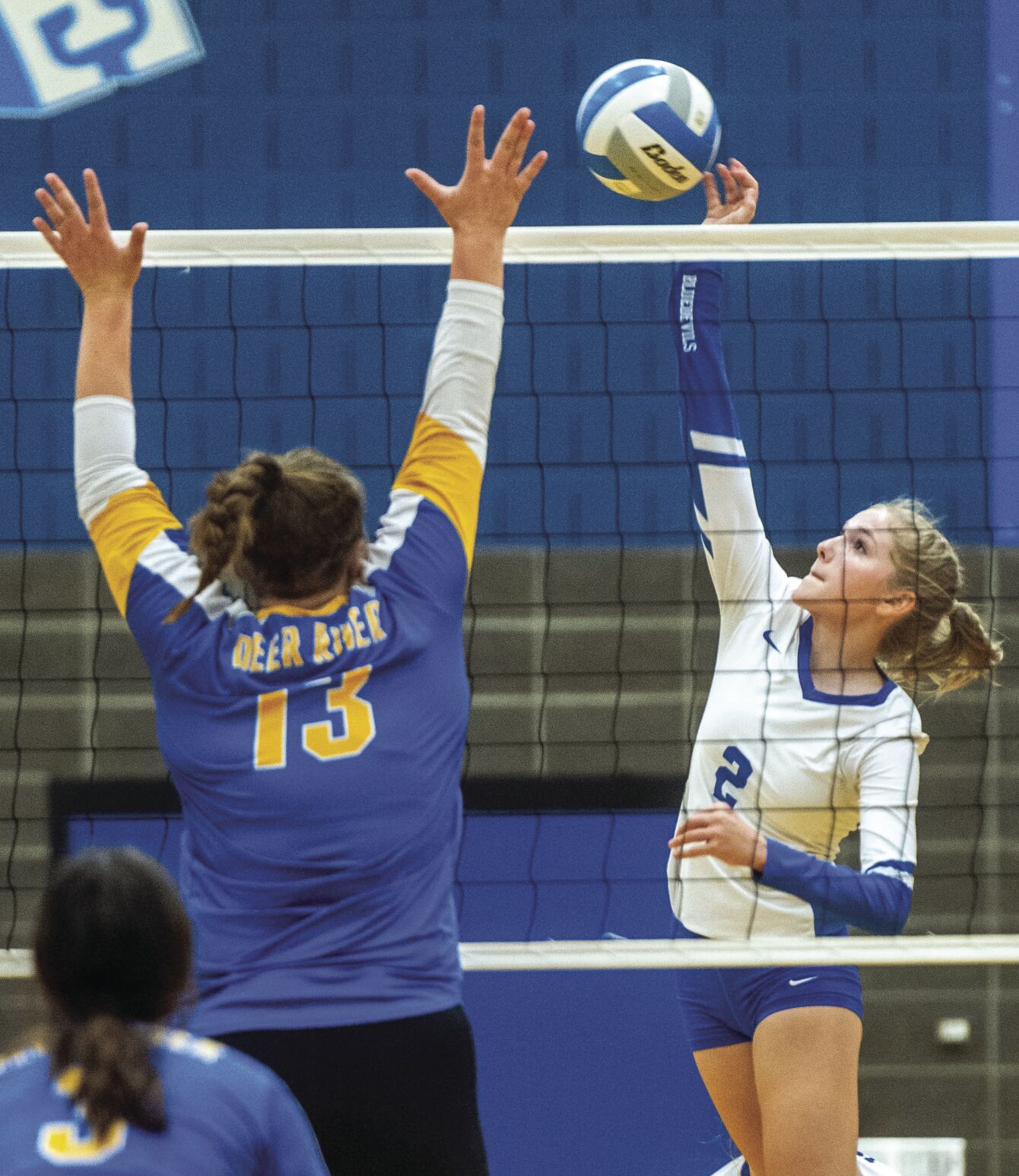 Virginia’s Hanna Rantala and Maya Carlson leap for a block at the net during Tuesday night’s game against Deer River in Virginia.

VIRGINIA — It was senior night for the Virginia Volleyball team on Tuesday night.

Game one saw the Warriors jump out to an 6-3 early lead. The Blue Devils came back and the teams were tied 10-10.

The teams traded points until Virginia grabbed a 14-13 lead on a Rian Aune tip and they would not look back from there.

A Hanna Rantala and Maya Carlson block made it a two point contest. The Blue Devils added another point and forced Warriors coach Leigh Ayers to take a timeout.

An Aune ace followed by a kill made it a 17-13 Blue Devils lead. A Katie Storlie kill from Deer River stopped the scoring streak.

The teams then traded points until Deer River got a kill from Nevaeh Evans to tie the game at 22-22. Virginia took a 23-22 lead and forced the Warriors to use up their final timeout.

“They caught up a couple of times but wanted them to work their way through it,” Greenly said. “And they did a good job of that in that first game.”

The Blue Devils raced out to a quick 6-2 lead in game two and never looked back. The Warriors got within a point at 11-10 but the Blue Devils took charge at the net after that.

A pair of Virginia points made it a 13-10 game and a Macy Westby kill put the score where the Warriors could not get any closer.

Four straight Aune ace serves made it a 19-12 game and forced Ayers to use up her last timeout. Deer River was able to pick up a couple of points but an Elsie Hyppa kill put the game away and the Blue Devils led 2-0.

Game three was a game that the Blue Devils never trailed. A Carlson tip put her squad up 4-2.

Deer River knotted up the game at four but that would be as close as they would get.

Virginia picked up a 10-5 lead on an Aune tip, forcing another Deer River timeout.

The Blue Devils kept their lead and a Carlson kill later made it 18-14 as time started to run out on the Warriors. An Aune Block added to the lead and made it a 19-15 game.

The Blue Devils added some quick points and had a 24-18 lead before Ashley Dahl had a big kill at the net that put the match away.

“Overall I like the way we played on offense and defense,” Greenly said. “We have two more away matches before the playoffs start.”

Aune led the way with nine ace serves and 10 kills, while Carlson chipped in with six kills and two blocks. Westby ended the match with 3 aces and 17 set assists.