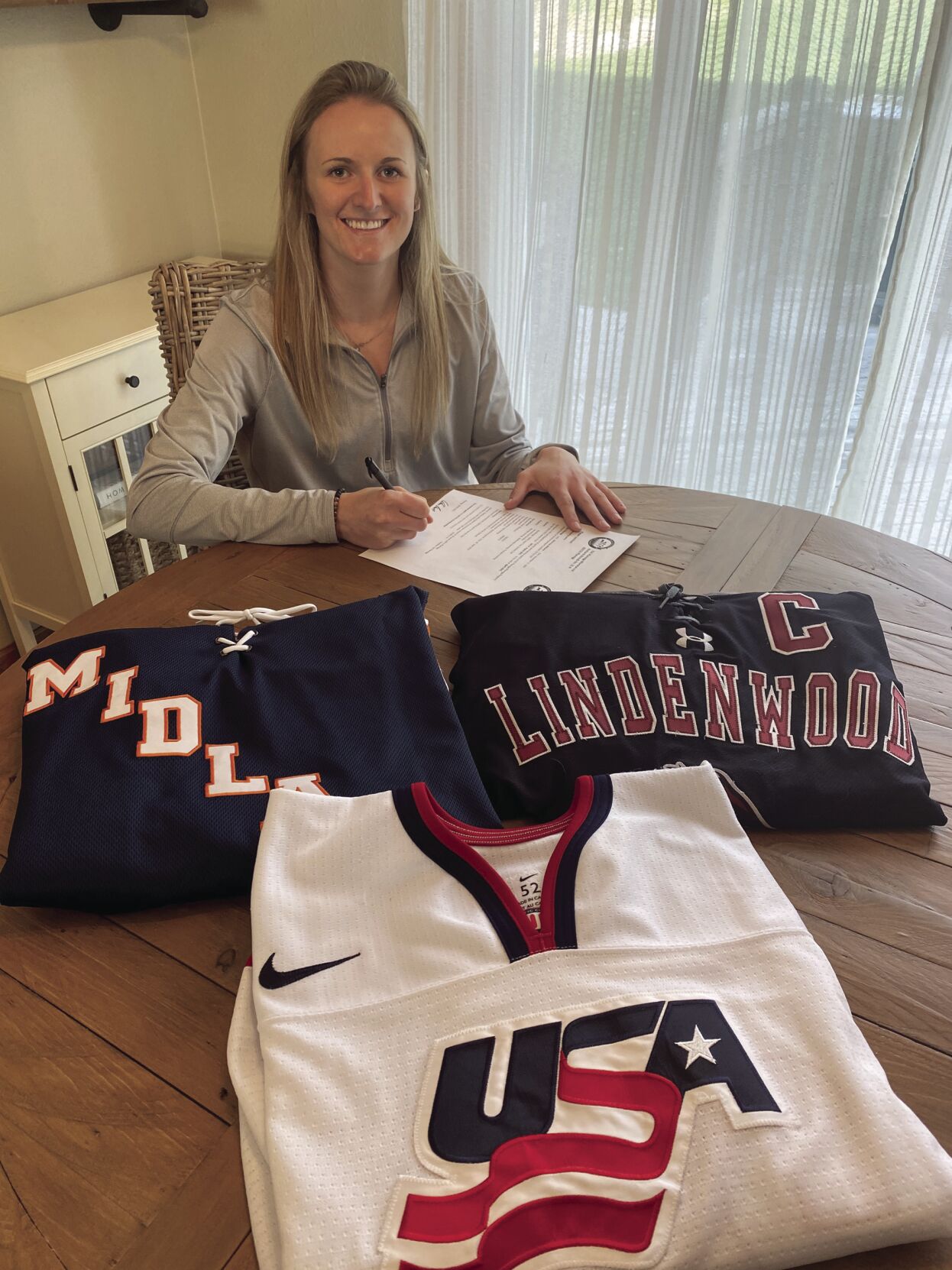 Virginia native Alicia Williams is shown signing her contract with German hockey team ESC Penegg, a professional team out of Planegg, Germany that plays in the top level of the country's women's hockey league. 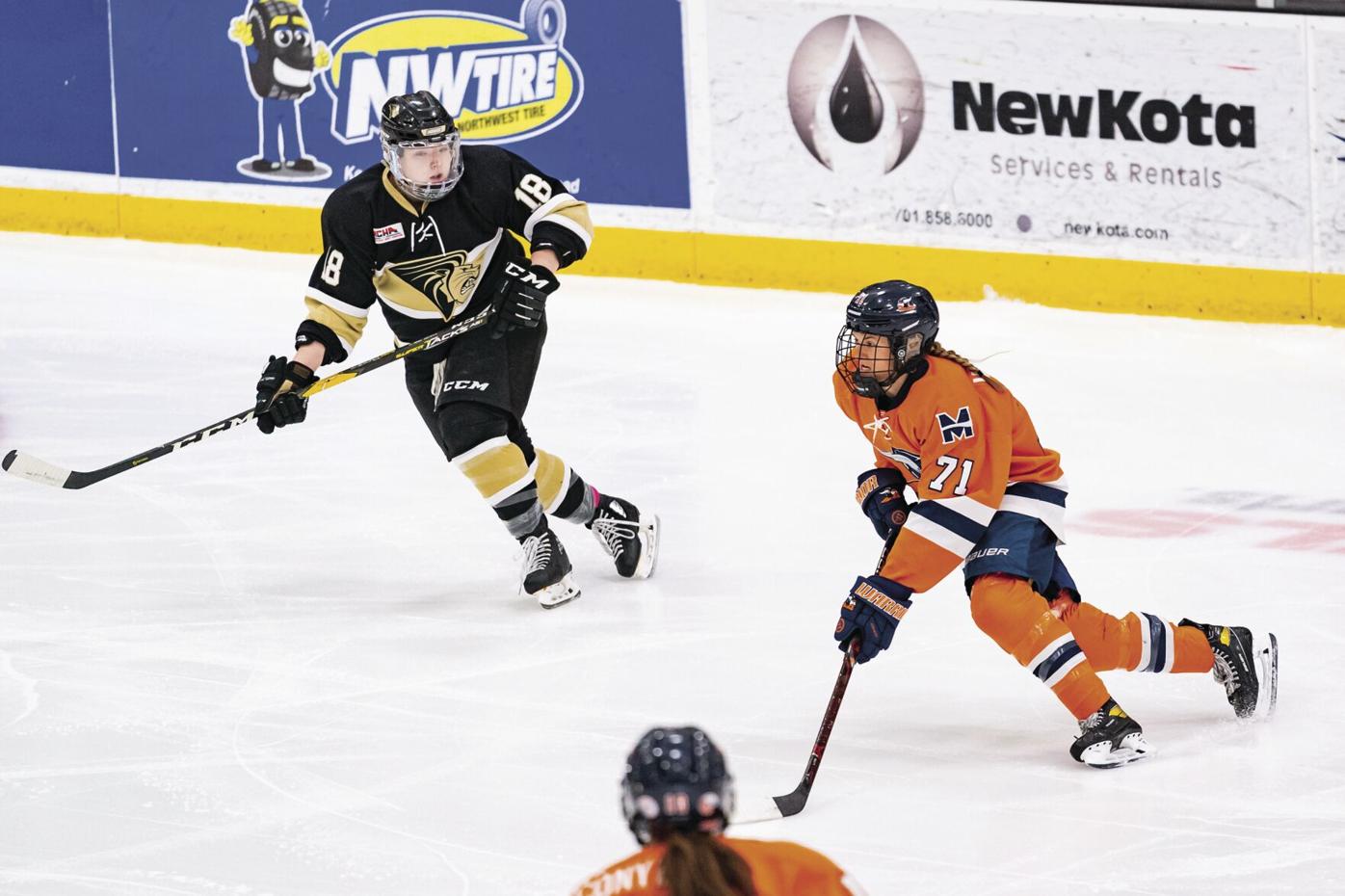 Alicia Williams, right, takes the puck down the ice in an ACHA National Tournament game in Minot, N.D. Williams, a Virginia native, is set to make her professional debut this coming season for ESC Planegg, a team based just outside of Munich, Germany.

Virginia native Alicia Williams is shown signing her contract with German hockey team ESC Penegg, a professional team out of Planegg, Germany that plays in the top level of the country's women's hockey league.

Alicia Williams, right, takes the puck down the ice in an ACHA National Tournament game in Minot, N.D. Williams, a Virginia native, is set to make her professional debut this coming season for ESC Planegg, a team based just outside of Munich, Germany.

SANTA CRUZ, Calif. — When it comes to the sport of hockey, Virginia native Alicia Williams just has a problem with letting it go.

Williams has had plenty of chances to hang up her jersey, whether it was a few years into her time at Lindenwood University-Belleville or even a year ago when the pandemic cut her teams’ dreams of a national championship short in her senior season.

Despite everything, Williams has decided that she hasn’t had enough of the sport and that drive to keep going manifested in another new opportunity in May as she signed to play professional hockey for ESC Planegg, a women’s hockey team based just outside of Munich, Germany.

The Planegg Penguins play in the Deutsche Fraueneishockey-Liga (German Women’s Hockey League), the top level of professional play in Germany. Williams, who is currently training in Santa Cruz and San Jose, Calif., says things kept falling into place for her to continue playing the sport she loves.

“It was my senior year at Lindenwood and our national tournament got canceled a week before it was supposed to start due to COVID,” Williams said. “We had the team to win the whole thing that year. At that point, I had no idea if I wanted to keep playing hockey anymore or if I wanted to give it up and start my ‘real life.’”

At that time, Williams was contacted by a few other coaches in the American College Hockey Association, the same league Lindenwood-Belleville played in. Her former coach Katherine Hannah put her in contact with the coach at Midland University in Fremont, Neb. Williams eventually made the decision to go to Midland and play as a graduate transfer as she worked on a master’s degree in business administration.

Williams was a natural fit at Midland and, in October, she got in contact with Planegg’s coach, who later contacted her again just prior to the ACHA National Tournament in April.

“He reached out to me right before Nationals and said he wanted to watch me play. So he watched me at Nationals and afterwards he complimented me and said that it would be an honor for me to be a part of their team. He said he really liked my passion and my work ethic.”

Not long after in May, Williams signed her contract with Planegg, making things official while setting the next phase of her life in motion.

“Things just kept falling into place for me. It all happened for a reason,” Williams said.

“Making the transition to play professionally and play with girls representing their national teams, they’re some of the best in the world. It’s a weird feeling. It’s not something that frightens me but it’s exciting to think about it all. It’s a new challenge and I’m willing to rise to that.”

Out in California, Williams is working on her game prior to her departure to Germany on July 23. She’s getting in as much work as possible as the pre-season training for the German league begins just a couple days later on July 25.

“I’m going to the gym every day and I’m getting on the ice at the San Jose Sharks facility. I skate with some Division I girls once a week as well just to get on a practice routine.”

Third all-time in points for Belleville, Williams knows she’ll have to take her game to the next level if she plans on competing in Germany.

“I know I’m going to have to work my way to the top. It’s not something that’s going to be given to me. It’s going to take hard work and grit and I’ll have to have the courage to not give up. I’m excited to learn from these girls that play with the best and are the best.

“It’ll be a lot of learning, watching, observing and trying new things. I’ll have to push myself in a lot of different ways. Physically, I know I can bear down and get the job done but mentally, I’ll need to put in a lot of work.”

Looking back at what it took to get where she is now, Williams says hard work, dedication and passion were three of her biggest tools.

“I come from a small town. I wasn’t really gifted the opportunity to play Division I hockey. I was juggled between five coaches in my years playing the sport. But I never quit and I never gave up. I feel like a lot of girls get discouraged because they feel like they need the best tools put in front of them to succeed but really it just takes hard work and dedication. If you’re passionate about something, you can definitely pursue it and find success.”

In the end, it comes back to Williams feeling that she was never fully ready to leave the sport behind her.

“When our season got shut down right before Nationals in 2020, I was sad and clueless. I had no idea what I wanted to do. I know I just didn’t want to quit the sport that I felt like I never fully got to experience.

“Every time I thought it was over, it was just beginning again.”