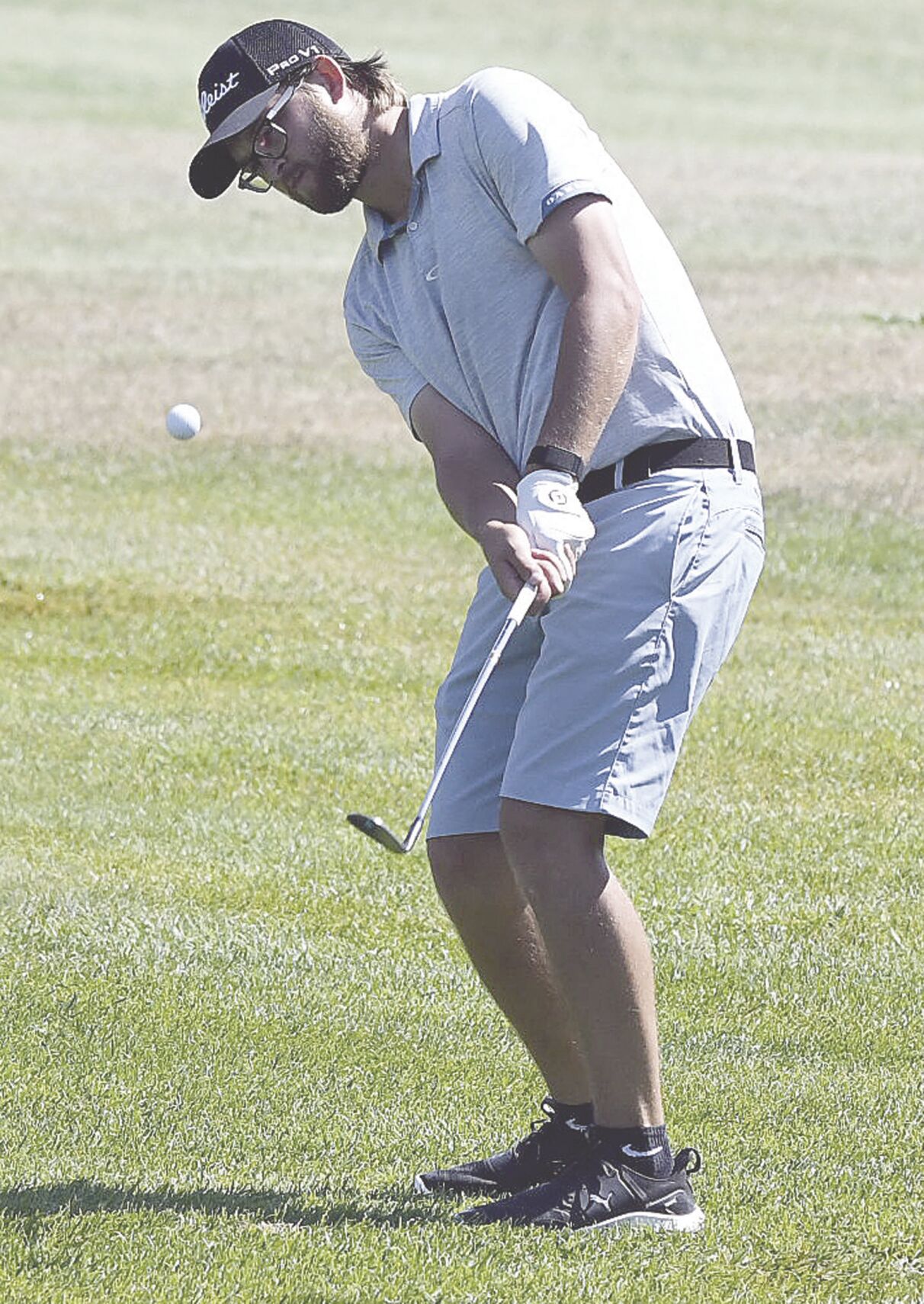 Shay Rabbers chips up to the ninth green. 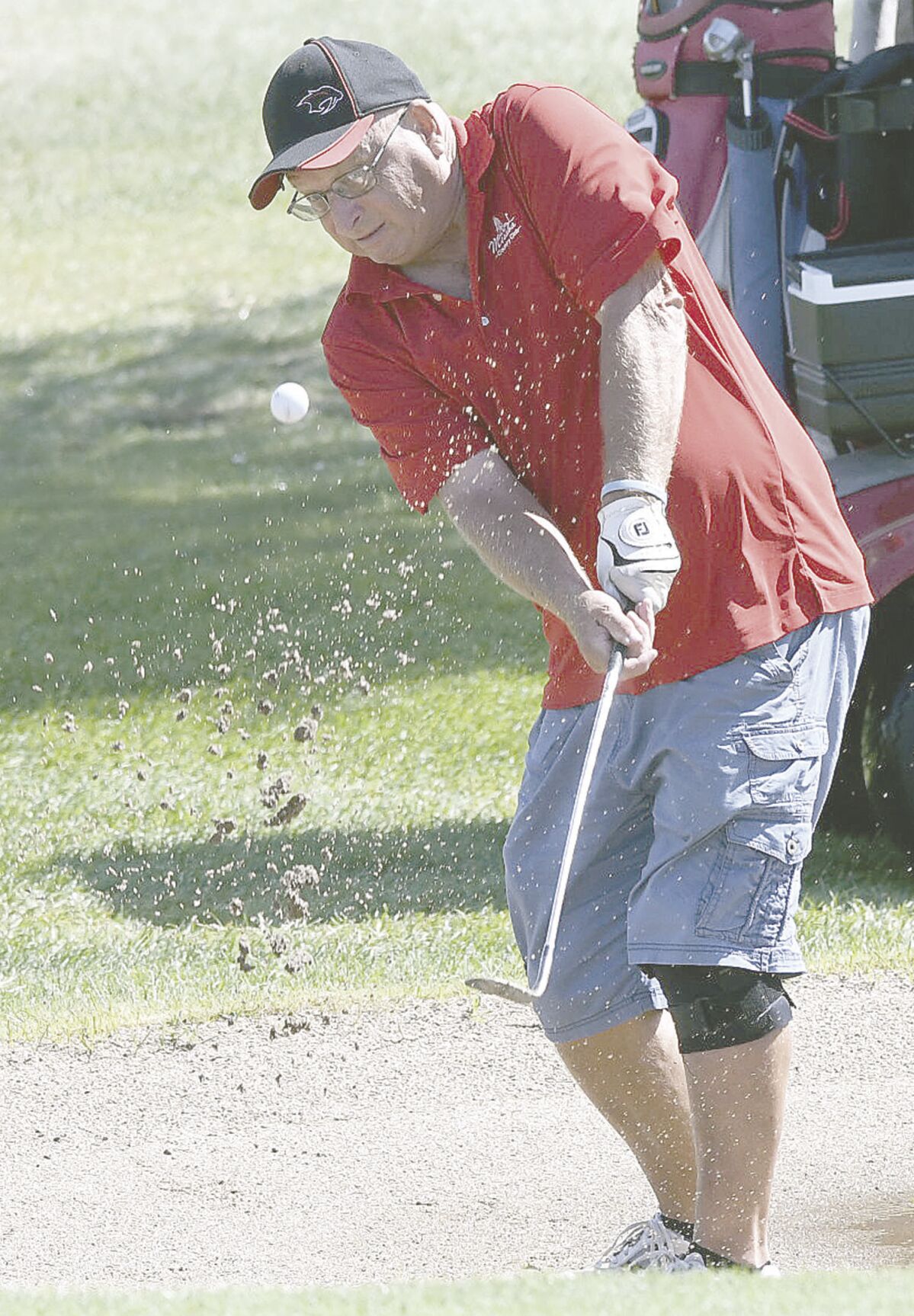 Kieth Saralampi blasts out of a greenside bunker, also on the ninth hole.

Shay Rabbers chips up to the ninth green.

Kieth Saralampi blasts out of a greenside bunker, also on the ninth hole.

The Mesaba Country Club was the site for the Iron Cup Tournament Saturday. The two teams, the Hematites and the Magnatites squared off in best ball and alternate shot on the first day of the event. After the first day, the Hematites hold a 4-3 lead. Team members for the Hematites include, Tony Berarducci (captain), Brian Bolf, Keith Saralampi, Mike White, Charlie Crep, Jim Anderson, Jim Erickson, Derek Gabardi, Bob Bolf, John Eaton, Tom Brownell, Tom Moberg, Jim Eliason and Kelly Manner, Members of the Magnatites include, Don Foster (captain), Zach Morehouse, John Trullinger, Marv Vuicich, Shay Rabbers, AJ Allison, Jeff Shapiro, Jeff Stimac, Brian Timmerman, Randy Lampton, Terry Garrity, Mark Thune and Brian Elmquist. In match one, Foster and Shapiro beat Berarducci and Erickson 6-and-4; in match two, Morehouse and Allison downed Brian Bolf and White 2-and-1; in match three, Saralampi and Crep beat Trullinger and Stimac 1-up; in match four, Rabbers and Lampton downed Anderson and Gabardi 2-and-1; in match five, Tom Brownell and Eliason beat Vuicich and Timmerman 4-up; in match six, Bob Bolf and Eaton defeated Dave Brownell and Garrity 2-up; and in match seven, Moberg and Manner beat Elmquist and Thune 3-and-2. A champion will be crowned today when the individual matches begin at 9:12 a.m.