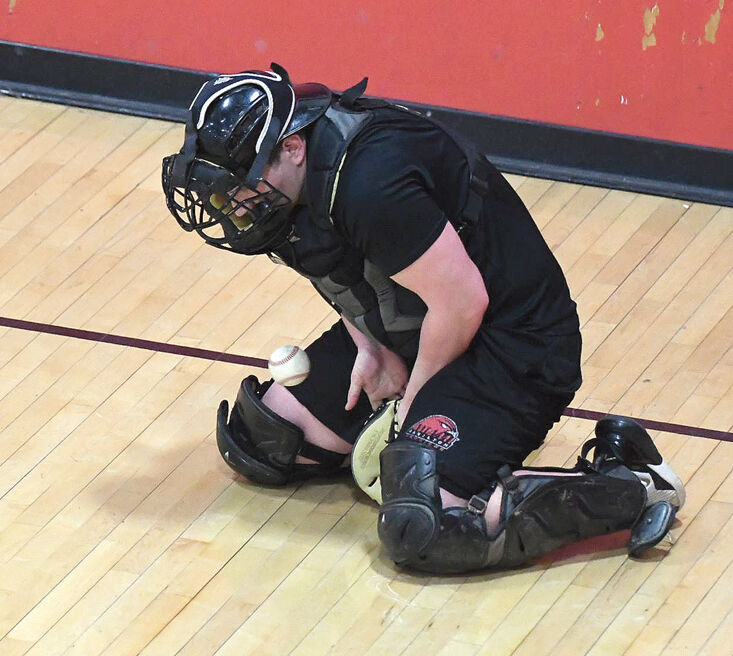 HIBBING — After spending for years as an assistant coach to Dave Bevacqua, Bob DeNucci was looking forward to his new position as head coach of the Hibbing Community College baseball coach.

DeNucci did all of his recruiting and ran a fall season in 2019, then 2020 hit and he was looking forward to hitting the ground running.

The Cardinals got a couple of games in at US Bank Stadium in early March, then ventured on a trip to Arizona.

Hibbing played 10 games on that trip, but just as the Cardinals were headed home, COVID-19 shut down the season, thus ending DeNucci’s first season much too early.

One year later, COVID-19 is still around, but the Cardinals and DeNucci began spring practice on Monday preparing for the 2021 season.

DeNucci never thought his first year as coach would end as quickly as it started. He was looking forward to year No. 1.

“This job was definitely something I wanted to do,” DeNucci said. “I enjoy the kids. I enjoy the college and the people that work here. We’re building a strong program, but after those 10 games, we never got to come home and get into conference play.

“We wanted to see where we would have stacked up there. It was disappointing. It was deflating. You put in a lot of hard work to get into that spring season and all of a sudden, it’s over.”

With the season shutdown, DeNucci had a lot of free time on his hands.

“Because nobody was losing their eligibility it was easy to recruit,” he said. “I fished more than I’d ever fished before, and I started umpiring a ton. I would have rather been out recruiting, but you have to give back a little bit to the game.”

When it was time for the fall season to roll around, the MCAC canceled all fall and winter sports. That was going to have a rippling effect on DeNucci’s program.

“I lost all of my sophomores that could have come back,” DeNucci said. “They all moved. I had to recruit for the semester break. It was upsetting.”

DeNucci had to head back on the recruiting trail. His recruiting took on a different look, however.

“I didn’t bring in any out-of-state kids because of the pandemic,” DeNucci said. “They stayed home. I only had my in-state kids on campus, and I picked up some four-year school transfers.”

DeNucci has 26 players on his roster, but he’s not sure what kind of talent he has.

That’s why he needed the fall season to figure that out.

“During the fall, I’m able to find out who my outstanding players are, then I try to find any other players who can contribute,” DeNucci said. “That’s how our fall development program works.

“I might know what my top-five guys can do, but it’s those other guys. I don’t know about them. I have to get up to speed, and that takes some time.”

Once DeNucci knew the season was a go, he had until December to get players on the campus, but he wasn’t sure how practices were going to be run.

“There was some hesitation to see what type of season we were going to have, how everything was going to be structured,” DeNucci said. “There was a lot of doubt, but when I found out it was a go, I was like a little kid waiting for Christmas.

“I do this because I love the game. I was waiting to coach, instruct and help the guys get better.”

DeNucci is getting that chance right now. He runs his practices from 11 a.m. to 3 p.m., working with small groups of players. Instead of running one- or two-hour practices, DeNucci is coaching six to eight hours a day. He said it’s worth it.

Hibbing will play a 40-game schedule, but won’t leave the state.

The Cardinals will open their season in early March at US Bank Stadium.