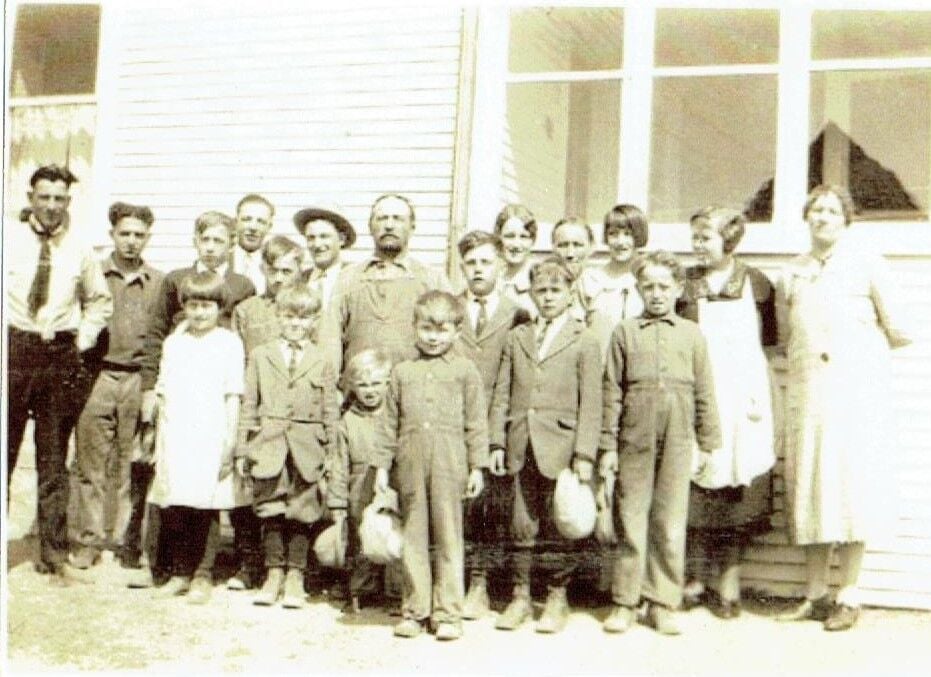 Members of the Niemiste family are pictured outside the farmhouse in Wolf. My mother is in the back row, fifth from the right. Her mother Ottilia is next to her and her father Immanuel is pictured in the center. 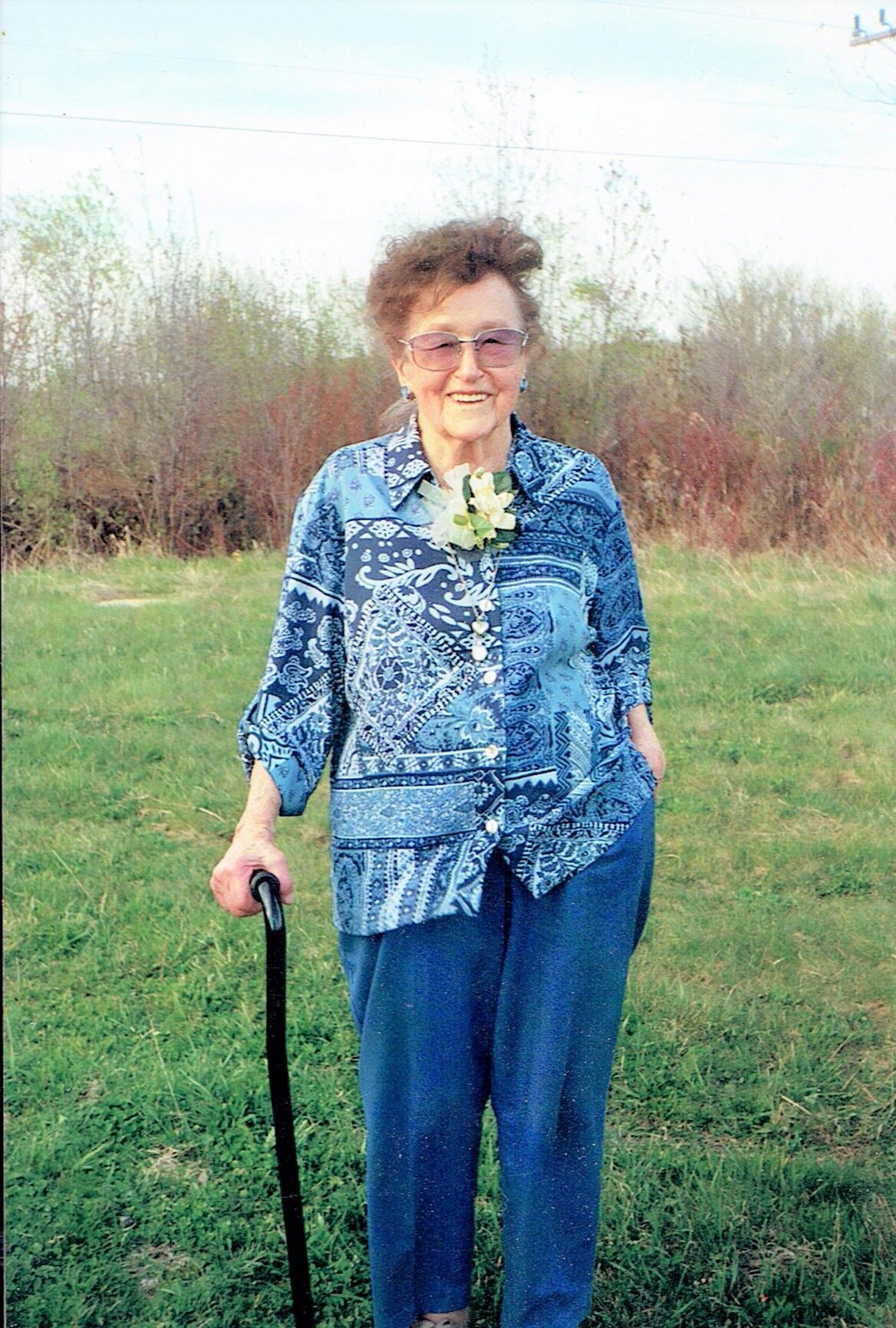 Ailie Lampsa is pictured on Mother's Day 2005 at age 95 at the farm in Wolf where she grew up.

Members of the Niemiste family are pictured outside the farmhouse in Wolf. My mother is in the back row, fifth from the right. Her mother Ottilia is next to her and her father Immanuel is pictured in the center.

Ailie Lampsa is pictured on Mother's Day 2005 at age 95 at the farm in Wolf where she grew up.

My mother has been gone nearly a dozen years. I think of her so often, sometimes forgetting she's no longer here and imagining that I have something to tell her. Then I come back to reality... my mother would be 111 years old, were she still alive. As I write this, Mother's Day ... and Mother are on my mind.

Ailie Allane Niemiste Lampsa died August 9, 2009, at 99 years and seven months. My brother and I were very fortunate to have her so many years. Especially of late, she has been on our minds, as some months ago a correspondence came to me from a distant relative we'd never heard of. And this got my brother interested in tracing the family genealogy of our grandparents, both on the Niemiste side and the Lampsa side. How fascinated Mother would have been, and how fortunate we are to have so many photograph albums of the old days.

The Niemiste family grew up on a farm in Wolf, a community outside Eveleth. Mother's father Immanuel Niemiste and mother Ottilia (Kallio) Niemiste were the second homesteaders in Wolf; William F. Haenke and Ida Wenzel Haenke were the first. Immanuel's first wife Maria, mother of his oldest children, had died; then he married Ottilia. There would be 11 children in all, Jelmer "Jelly", Emil, Art, Susan, Mary, Ailie, Bill, Edward "Charlie," Eino, Beatrice and Willard.

Mother had been the last surviving sibling. And when each Mother's Day approaches, I recall Mother's Day 2005, when she was 95 and she and her children visited the old Niemiste farm. The big white two-story farmhouse was gone -- how stately it had been in its day. The cow barn was gone, but I remembered the hay barn was still there, along with some smaller out buildings.

That May day 16 years ago the weather was beautiful, and Mother was wearing her favorite handkerchief print blue blouse and sunglasses with light blue lenses. She had her hair in her signature up-do ... she always said she had cut her hair only once in her life. And she wore a gardenia corsage for the special day.

Memories of the farm where she had been born came to mind that day... the horse called King, who would come right into the farmhouse kitchen... the Jussila neighbors who lived at the next farm... the lilac bushes and the clumps of golden glow flowers... the wood cook stove ... the round dining room table and near the ceiling a picture of a tiger in a curved glass frame... upstairs a day bed that resembled a psychiatrist's couch... ruby Depression glass dishes in the porcelain sink.

But the most precious memories that Mother's Day 2005 for me were of Mother standing in the sunshine and enjoying the day with her son and daughter.