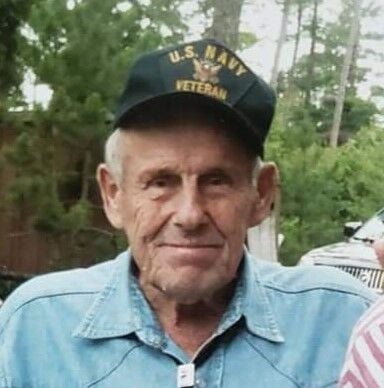 Jim Haenke could be seen most often wearing his World War II cap. 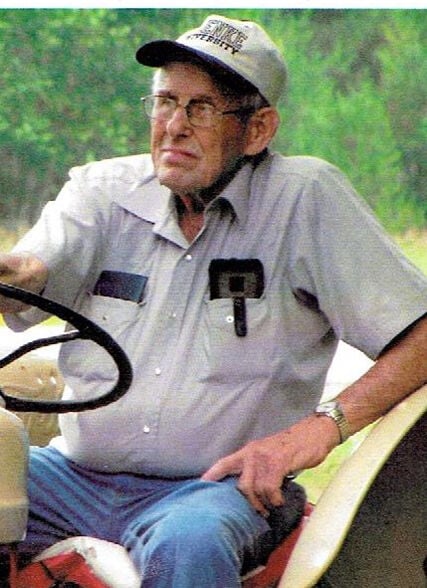 Jim Haenke was at home on his tractor and raising potatoes. 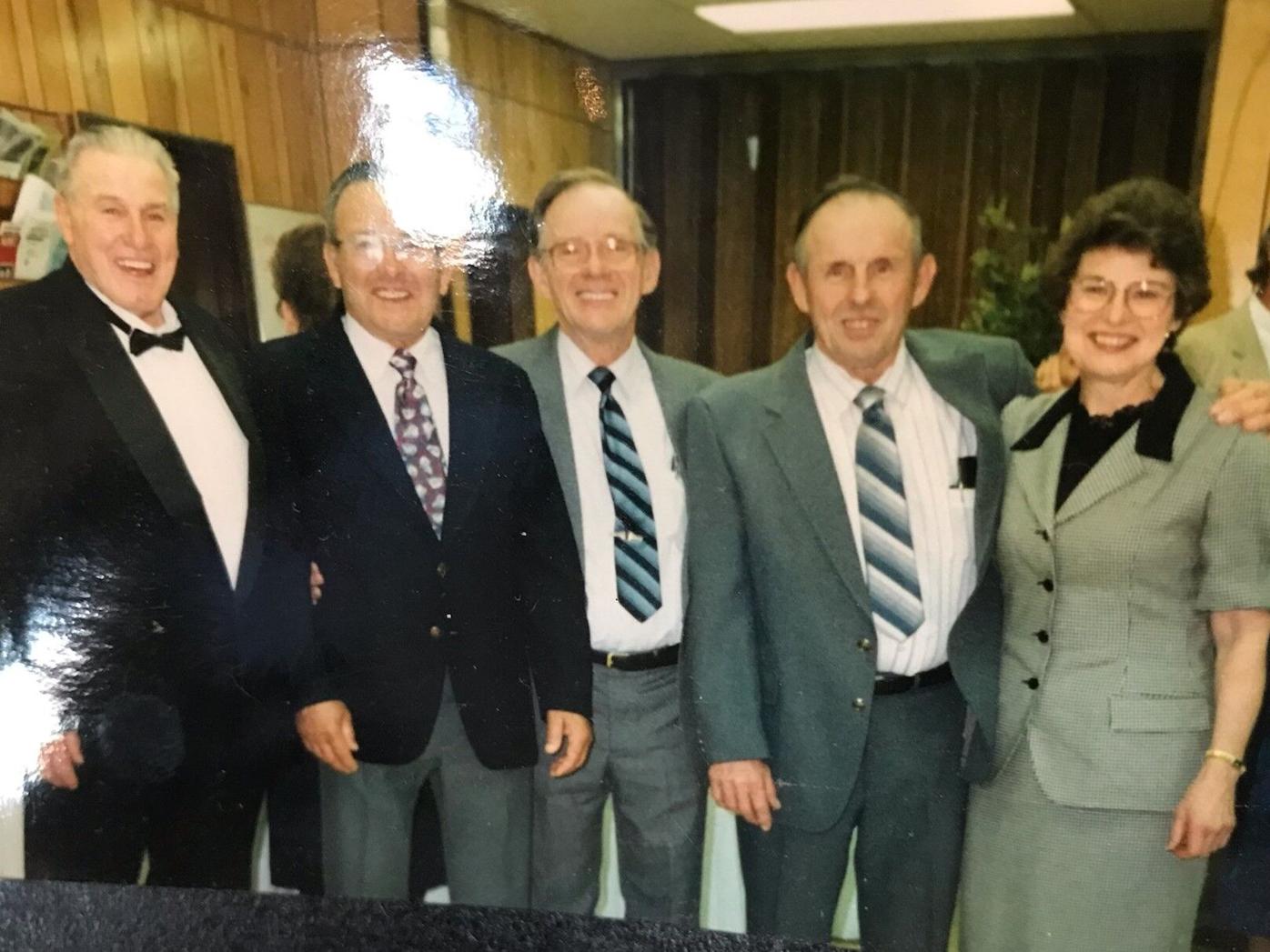 Pictured several years ago are the Haenke brothers, from left, Bob, Mike, Dick and Jim, and sister, Barbara Klein. Missing from the photo is brother Bill. 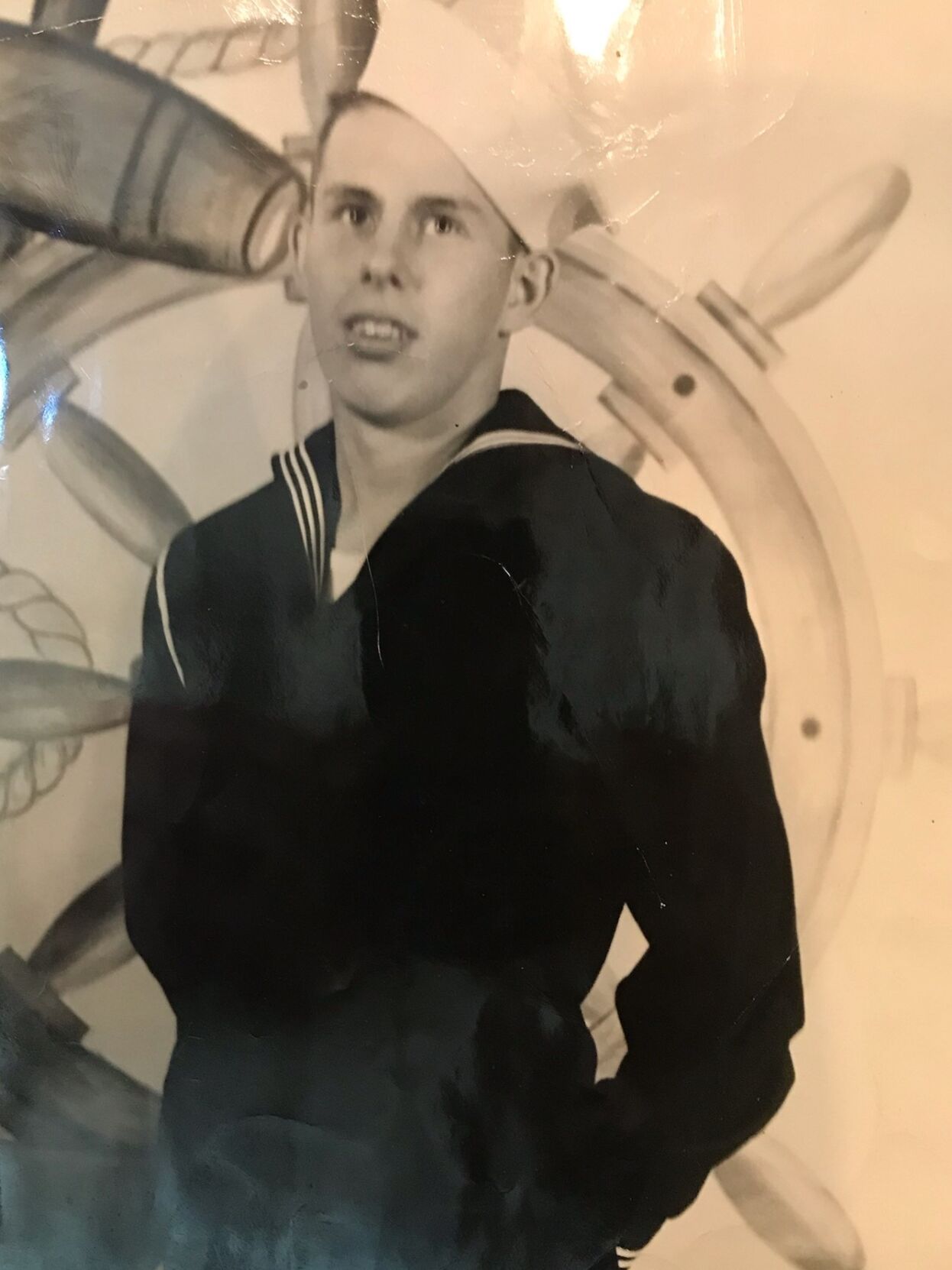 Jim Haenke could be seen most often wearing his World War II cap.

Jim Haenke was at home on his tractor and raising potatoes.

Pictured several years ago are the Haenke brothers, from left, Bob, Mike, Dick and Jim, and sister, Barbara Klein. Missing from the photo is brother Bill.

Jim Haenke displayed the true American spirit in his 94 years of life.

He worked hard, raised a family, served his country, displayed traditional values. And he remained active, “playing cards with family and friends up to the day he died, winning most of the time,” his obituary read. The longtime resident of Lakeland south of Biwabik died September 18, 2021.

“Jim was born on July 10, 1927, in Duluth, and spent his early years developing a strong work ethic and an independent competitive spirit that continued throughout his life,” the obituary reads. He married Eleanore Larson and they had five children, Susan, Jim, Don, Jodi and Lori. His wife of 47 years died of cancer in 1966.

Jim loved to work, still growing the famous Haenke potatoes in his later years, following the lead of his father William Haenke II, “Bill the 2nd,” and his grandfather, William F. Haenke, “Grandpa Haenke.” Grandpa Haenke homesteaded in Wolf near Eveleth (he was the first settler there, my grandfather Immanuel Niemiste the second), and then ventured to plant potatoes in the sandy soil in Lakeland south of Biwabik. Haenke potatoes became known far and wide, and Jim carried on the tradition. He joined the enterprise Haenke Potato Farms in 1953, and Haenke potatoes were delivered throughout the Iron Range and sent by rail to Idaho and Washington.

Jim was still growing potatoes and a few years ago was selling them at the Biwabik farmers’ market, where he and longtime companion Garnetta Riley would gather with other growers and crafters. And the potatoes were wonderful as always. He and Garnetta would stop by and gift me with paper bags of the wonderful spuds. And they visited me when I was hospitalized in Duluth and recuperating at St. Michael’s Rehab, kindnesses I remember always.

Jim’s first job had been with the Duluth Herald, delivering newspapers on horseback. After graduating early from Duluth Central High School, he enlisted in the Navy during World War II, serving for four years. Indeed he was a proud veteran. He was pleased to have been on an Honor Flight to Washington D.C. with his brother Dick. He started working for Oliver Iron Mining Company in 1950, and retired as a foreman from US Steel in 1982.

Jim was the last survivor of the five Haenke boys: Dick died at 88, Mike at 96, Billy at 89 and and Bob at 93. The youngest Haenke sibling is sister Barbara Klein.

A few years ago his daughter Susan said her father “never seems to get any older with his passion of growing potatoes.... . He has just finished planting potatoes, he has indicated that he wanted to keep on doing that until he no longer could.”

That fit so many things about Jim Haenke: His passion for winters in the Florida Keys with Eleanore and later with Garnetta, his enthusiasm for the Masonic lodge and AAD Temple Shriners, VFW and Legion (he marched in the Calithumpian parade well into his later years), his pride in being a member of the United Church of Christ in Biwabik more than 70 years.

That passionate interest in being involved and having a healthy work ethic is a Haenke trait I believe started with Jim’s grandparents, William Frederick Haenke, born in 1869 and died in 1969 at 99 years old, and Ida Wenzel Haenke, who lived to 102. God bless the legacy of Jim Haenke.