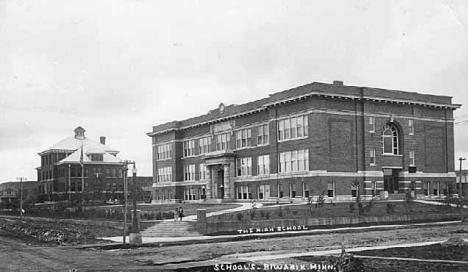 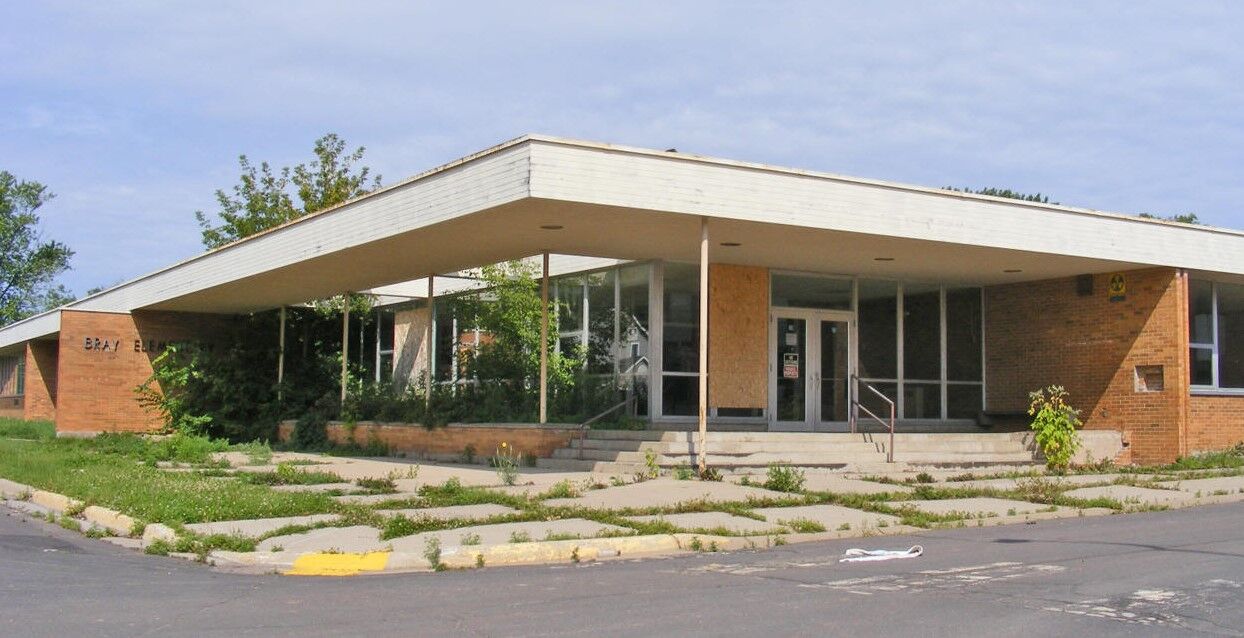 Back in 2008, I had written a column about Biwabik, the town where I was born and went to school.

Thirteen years have gone by, but the memories of the Biwabik schools came to mind upon hearing of the San Francisco, California, school board voting to erase the names of the city's schools. Offensive names like Abraham Lincoln and George Washington and John Muir, a Scottish-American who was an early advocate for the preservation of wilderness in the United States of America. Yes, let us rewrite history.

I am a product of Washington Elementary in Biwabik, Bray Elementary and Horace Mann High School and proud of it. The column from 2008 follows:

Sometimes it seems the best things exist in what used to be... And so it is on a memory trip through Biwabik, my hometown.

It is the mid-1950s and I am in third or fourth grade at the beautiful brick Washington School in Biwabik, where Miss Anna Rose Smolich graduated her kindergarteners to first grade. It is where we slid down the spiral fire escape and where Miss Smith liked our class so well she moved up a grade with us. It is where the nurse, Mrs. Arkola, gave us paper shoes if we got wet during recess and where Mrs. Anna Stone cooked our lunches.

The mine dumps were close to our school, and I thought they were mountains that had always been there. These were the days of the red ore mines, and lots of my classmates’ fathers worked at places like the Mary Ellen or the Biwabik Mine. I didn’t know much about mining because we lived in the country in Lakeland and my father worked in the woods.

Around 1955 we got new students in our school. They came from Europe, far across the sea in Slovenia. They were the displaced persons after World War II, looking for new lives on the Iron Range... There were other new kids from not so far away, a mining location called Elcor. How hard it must have been for these children to leave the community they had known and to move to the big city of Biwabik. There was ore underneath the houses and the mining company needed it. That’s how it’s always been on the Iron Range.

One day the Washington School was torn down, and the streamlined Bray Elementary came in its place. Around this time more new students moved to Biwabik from other parts of the state — their parents came to work at the new Erie taconite plant that opened up in 1959.

Our class would grow to high school age, and with seventh grade came Lester Dolin’s grammar class. Mr. Dolin taught us well in the ways of English and speech — and life, as did all the wonderful teachers and our principal, Albert T. LaZella, of Horace Mann High School. Our longtime superintendent, Victor L. Reishus, once wrote, "No other people ever demanded more of education than those of Biwabik with their varied national backgrounds.’’ I’m sure most other Range towns would claim the same thing about their schools.

High school graduation came in 1965 and with it a chance to expand our world to the east and west, as the bus carried fledgling adults to junior colleges in Eveleth and Virginia. The bus would start in Hoyt Lakes, then along Highway 135 through Aurora, Biwabik and on to McKinley and Gilbert. We picked up one girl in Belgrade Location, then on to McKinley, past Cyril Purkat’s liquor store and Rod’s Bar and Grill. Then past old Elcor, over the bridge high above the railroad tracks and around a deadly curve in the road. And on to the world of Virginia Junior College, where we would get to know kids from the really big towns of Virginia and Eveleth.

I have always been proud to have been a part of Biwabik — even as a country kid from neighboring Lakeland. Biwabik is where I was born. It’s where Reverend Cartwright confirmed our class of seventh graders at the Community Church. It’s where we went to Friday night dances at the Park Pavilion, boys on one side of the wooden floor, girls on the other. It’s where Vi’s Pizza drew us girls on Saturday nights, with 50 cents apiece and a little left over for gas for the Ford Ranchero I drove. It’s where my friend Edith’s mom and dad made me feel welcome with homemade chocolate-covered cherries and warm stories. It’s where my friends Karen Haenke and Candace Jesness and I shared the secrets high school girls share. It’s where Frank Steblay ran my father’s favorite bar. And where I had my very first job working for my wonderful bosses, Roy and Katy Coombe, at the Biwabik Times, proofreading copy set on the old Linotype.

Biwabik doesn’t look the same anymore. The schools are closed, the Biwabik Braves are history. Neal Van Soest’s IGA isn’t there anymore. Neither is Sam Licari’s bar or the nice little variety store. And whatever became of the Boom Boom Room, where a stairway led patrons underground to the hottest dance spot on the Range and a go-go girl in a cage.

It’s always bothered me that the beautiful stone buildings of Biwabik are gone. Why, I wondered, when I realized the Stonecraft Dairy Farm on the western edge of town had been torn down. Or why the stone barbershop on Main Street wasn’t saved as a little museum.

One of the pretty stone buildings still stands in the peaceful quiet of Biwabik’s Lakeside Cemetery, where the connection to community becomes even stronger as I am surrounded by the memory of those who have gone before.

Yes, the schools in my hometown were appropriately named: Washington, for the father of our country. Horace Mann High School, for the American promoter of public education. And Bray Elementary, for Dr. Charles William Bray, who in 1899 bought the Biwabik Hospital, and as his son, Dr. Robert Bray, wrote, "The location of Biwabik was chosen because of the many iron mines in this area and it was thought that the Eastern Mesaba Range had a great future."

The schools may be gone, but oh, the memories are vivid still.