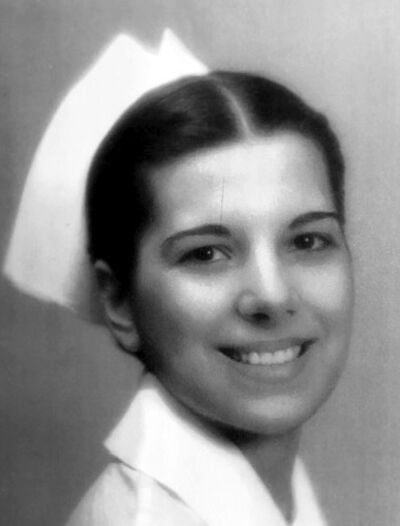 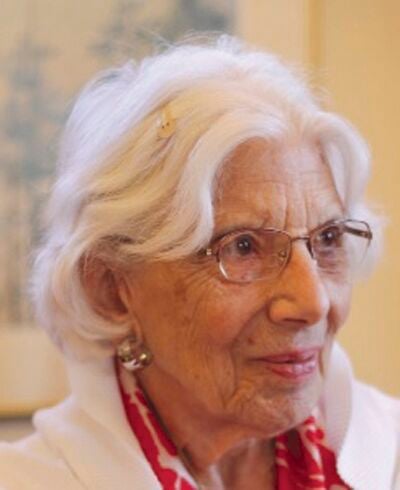 One of ten children of Peter Polga (originally Polce) and Theresa Maria (nee Montanaro) Polga, both immigrants from adjoining villages of Santa Croce and Pietramelara in Caserta Province, Italy. Rose was born Nov. 2, 1915, on her father’s homestead near the village of Greaney, Minn. She was the last survivor among her siblings, and is survived by her son Mark, nieces and nephews and goddaughters, and at least three further generations of grand, great-grand, and great-great-grand nieces and nephews. When Rose was still an infant, the family moved to Buhl, Minn., allowing Rose to proudly proclaim herself, as she did throughout her long life: A Mesabi Iron Ranger. After graduating from Buhl’s Martin Hughes High School in 1933, she studied at nearby Virginia (Minnesota) Junior College before commencing training as a nurse at the Kahler Hospital’s School of Nursing, an affiliate of the Mayo Clinic in Rochester, Minn. She graduated as an RN in 1938, ranking second in her class. Both the Mayo Brothers (William and Charles) signed her diploma. Rose then returned home to Buhl and a position at the new Virginia Hospital. Two years later, she took a friend’s advice and traveled by car to California and took a position at the Glendale Research Hospital, where she stayed until returning to Buhl after the Pearl Harbor bombing.

On Nov. 3, 1942, Rose and her sister, Patricia, enlisted together in the Army Nurse Corps. Her first duty station was the converted British liner Queen Elizabeth; followed by serving primarily as a Ward Charge Nurse (in a complement of 35 nurses) aboard the USAHS Thistle, a 455-bed converted cargo and passenger ship, Army controlled, but Merchant Marine commanded and operated. During Rose’s tour of duty, the Thistle made 11 transatlantic round trips. After the European War ended, the ship deployed via the Panama Canal to the Philippines, where it provided hospital services until returning to the United States long after V-J Day. 1st Lt. Rose Bayuk’s wartime awards and decorations include: American Campaign Medal; European-African-Middle East Campaign Medal with 3 stars (Southern France, Rhineland, and Rome-Arno Campaigns); Asia-Pacific Campaign Medal with 4 Overseas Bars; World War II Victory Medal. (Most recently in 2020, the National World War II Museum in New Orleans selected Rose to receive its Silver Service Medallion, the first nurse to receive this award. The pandemic forced postponement of the ceremony until 2021, and the Museum will now confer the honor posthumously.) Following her discharge on March 21, 1946, she returned to Buhl and renewed her prewar acquaintance with Edward Bayuk, then City Clerk of Eveleth, also an Army veteran. They were married in 1947 in Wayzata, Minn., where he was the City Manager. They then lived some years in Highland Park in St. Paul before moving to White Bear Lake in 1955, where Edward served as City Manager. He died in 1999. Rose had no problem finding postwar employment. As she liked to say, “I never ever had to look for a job. People always came searching for me.” She was the office nurse for White Bear Lake’s Dr. Robert Reif for 15 years; then she served another 15 years as both Nursing Home Director and Director of Nurses at the North St Paul Nursing Home. She always offered this counsel to nurses: “You’re going into this profession to help people. Have a positive attitude. Approach patients with a smile and explain what you’re there to do. Use your personality to make them comfortable.” And Rose definitely had personality! Rose always enjoyed meeting new people. Her last job — in her 80’s — was as a Greeter at Tousley Ford Auto Sales in White Bear Lake. She was indeed extremely active and social, seeking to host one informal lunch, and one formal dinner for four to six persons each week at her home through age 104. The guests ranged from close relatives, neighbors new and old, friends from China, circus aerialists, pilates instructors, to retired U S Foreign Service Officers, all of whom remained her friends thereafter. Rose selected the menu, set the table, cooked the dinner and hosted the event. She would allow her son Mark to serve the meal and wash the dishes. As Mark describes the event, Mom would have the menu chosen and the table set one or two days in advance. And every dinner setting was a different theme. Mom always said, “Presentation is the most important part of a dinner. The guests may not remember what they were served but they will assuredly remember how well it was presented.” In 1989 she hosted a reunion of those who served together aboard the hospital ship Thistle from its commissioning to the end of war. Rose led, in her firm but kindly way, many, many groups (including twice President of the White Bear Women’s Club) played bridge in three monthly bridge groups through to 104, and chaired innumerable charity drives. Blood donors could meet her as a volunteer nurse at a Red Cross Bloodmobile site, and others would see her during the Minnesota State Fair volunteering at the Emergency Care Booth in the 4-H Building. In her 100’s she started going to the White Bear YMCA two times a week to work out on a NuStep cross trainer. There she found a new group of much, much, younger friends who she joined for coffee after her workouts. She always said her secret to a long life was: “Observe, read, plan and organize. Be interested in people all the time.” Rose repeatedly and selflessly visited those who were ill, in need, or dying; encouraging them, bringing them something special to eat, taking care of them, advising them, and of course telling their caregivers how to best manage their care of them. Rose was always there for you. Rose often verbally expressed the theme by which she lived: “I serve others before I serve myself.” And that is exactly what she did.

When unrestricted gatherings are again permitted, Rose will have a funeral service at St Mary’s of The Lake in White Bear Lake and will be interred at Fort Snelling National Cemetery.

In lieu of flowers, please consider making a donation to the National World War II Museum in New Orleans, or the Military Women’s Memorial in Arlington, Va.