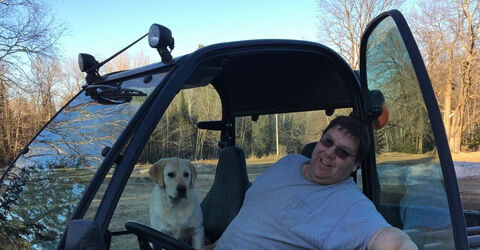 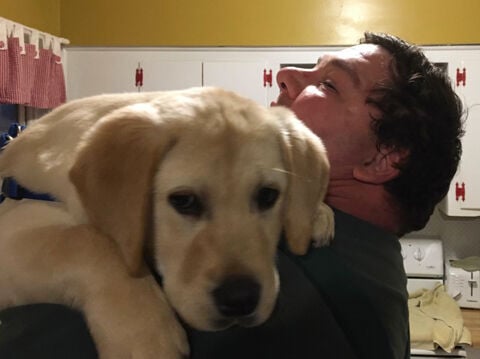 He was born Jan. 14, 1966, to Ray and Urilda (Kinney) Baumchen in Hibbing. Louis married Amy Drake on Sept. 19, 1992, at the Wesley United Methodist Church in Hibbing. Louis was employed as a laborer and journeyman for the Local 1097. He was a member of the Cloverdale Mennonite Church and his local 1097 union.

Louis was known as a very caring and happy go lucky guy. He would always give his mom a kiss goodbye when leaving. He was considered a long-term loving friend to many. Louis loved to go four-wheeling with his three-legged dog, Noell, whom he considered one of his children. He always offered a helping hand to anyone no matter what was going on at the time. Louis enjoyed watching wildlife in his backyard, most recently the wild turkey named “Betty.” He would often offer encouraging words to whom he was talking with, and was known as a jokester to many. Louis’ favorite pastimes were fishing during the summer and winter on the ice, and deer hunting in the fall.

He was preceded in death by his father, Raymond Baumchen; and three brothers, Wesley, Eugene, and Dale Baumchen.

A private family funeral service will be held at the Dougherty Funeral Home in Hibbing. The Revs. Jack Tillotson and Donald Velo will officiate.

A Graveside service for Louis will be held in the Spring at Nashwauk Cemetery in Nashwauk.

Arrangements are with the Dougherty Funeral Home and Cremation Services in Hibbing. To leave an online message of condolence for Louis, please visit us at www.doughertyofhibbing.com.

To plant a tree in memory of Louis Baumchen as a living tribute, please visit Tribute Store.