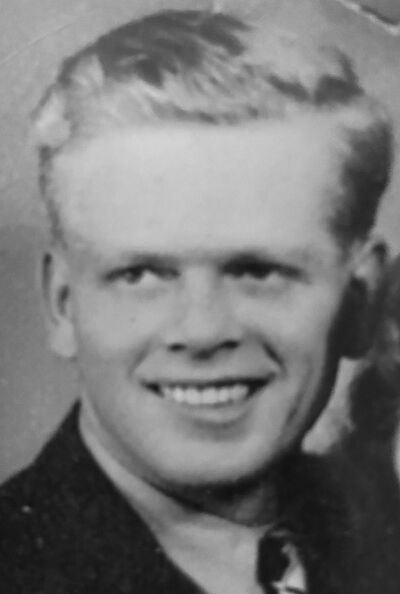 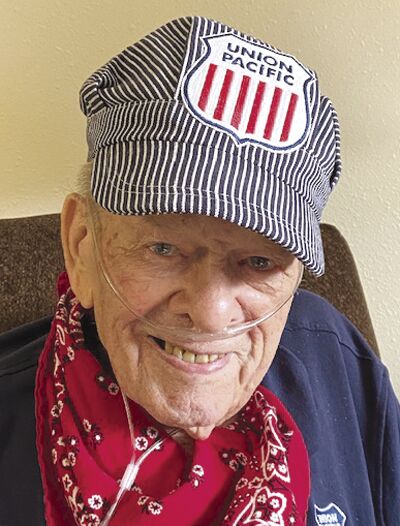 John was born on Nov. 11, 1924, in St. Joseph, Mo. He was an only child of John and Edna Whitehead. John’s mother Edna passed away about three months after John was born. It was a very difficult time for his dad and the family. His 65-year-old grandmother Rosa and grandfather Jeramiah (Whitehead) adopted and raised John. There were 12 aunts and uncles who soon became his brothers and sisters! They and all of his mom’s family (the Leslies) pitched in and took young John in to help out. Some stayed in Missouri and some even traveled to outside of Princeton, Minn., allowing young John with his fun personality to tell everyone later on in life that he graduated from “Princeton.”

When John was 16 years old, he talked his dad into signing for him to join the United States Marines. So from Kansas City to the Pacific Theatre is where his next time of life would be spent.He was the grandson of a Civil War Veteran and soon to be a Veteran of WWII. After Boot Camp he was assigned to Terminal Island, a Marine and Naval Air base with a federal penitentiary. It was during this time that he got to know the notorious gangster Al Capone, who John thought was a regular nice guy.

On Dec. 7, 1941, Pearl Harbor exploded into hell on earth. John and five others at Terminal Island received orders to join up with the California but were given 72 -hour passes. John went to Pasadena, Calif., with his buddies to visit a relative before being shipped out. They were late to board the California, as it had already departed for Pearl Harbor. Later they received orders for combat in the Pacific. The bloody Solomon Islands awaited them. He was in the 3rd Marine Division, reaching the rank of Sergeant. John shared many of his WWII memories, good and bad, many many years later with his family. He and several of his buddies had been lost and then protected by the natives of the Solomon Islands, hiding them from the Japanese. There were many days spent underwater and breathing through the reeds. He was MIA for over 8 months. He contracted malaria, and after the guys were found, he was sent to the Naval hospital in Perth, Australia, where he recovered.

After returning to the USA, he went to his home in Missouri, and then off on another adventure ending up in Rawlins, Wyo., working for the Union Pacific Railroad as a fireman. It was there that he met the love of his life Margaret who was the Train Master’s secretary. They dated briefly and married on Feb. 1, 1946. This year would have been their Diamond Anniversary-75 years!

John worked for the railroad for 41 years eventually becoming an engineer.

John’s sense of adventure was always in the forefront. He loved fishing, hunting, and camping, even having his own side business of a hunting and guide service for many years.

When he and Margaret’s children came into the picture, life became complete. When returning home from a train run, it was either up to the mountains for a picnic or out to Seminoe Dam to fish or waterski, depending on how bad the wind was blowing!

John was active in the community as well by becoming the Chief of Police in the early 1960s for 2 years. Later he was a councilman in Rawlins.

With his boys active in baseball, hunting, and fishing, he was right there being a coach or teaching them the required skills. With his daughter, he was always in the audience when she was performing. When the kids took up down hill snow-skiing, so did John and Margaret. There were also years filled with snowmobiling together as a family.

John and Margaret spent their retirement years with motorhomes, boats and traveling. They lived aboard a beautiful 35-foot Bayliner on Lake Mead, Nev., for 5 years. Then they returned to land at Henderson, Nev., and finally Sun City West, Ariz., for 17 years. There came a time when their daughter wanted them to be closer to her and her family. John had gone through cancer treatments, and Margaret had Alzheimers. Shannon and Dale moved them up here to Virginia, where they lived in Edgewood Vista Independent Living, Assisted Living, and Memory Care.

He was preceded in death by his parents; his grandparents; and his beautiful wife Margaret, with 26 days between their passing.

The family would like to thank the wonderful healthcare workers at Edgewood Vista for their kind and compassionate care for our Dad.

He will be greatly missed by all who knew him.

There will be no service at this time, but a family memorial during the summer is planned.

DAD, YOUR GUIDING HANDS ON OUR SHOULDERS SHALL REMAIN WITH US FOREVER.

To plant a tree in memory of John Whitehead as a living tribute, please visit Tribute Store.