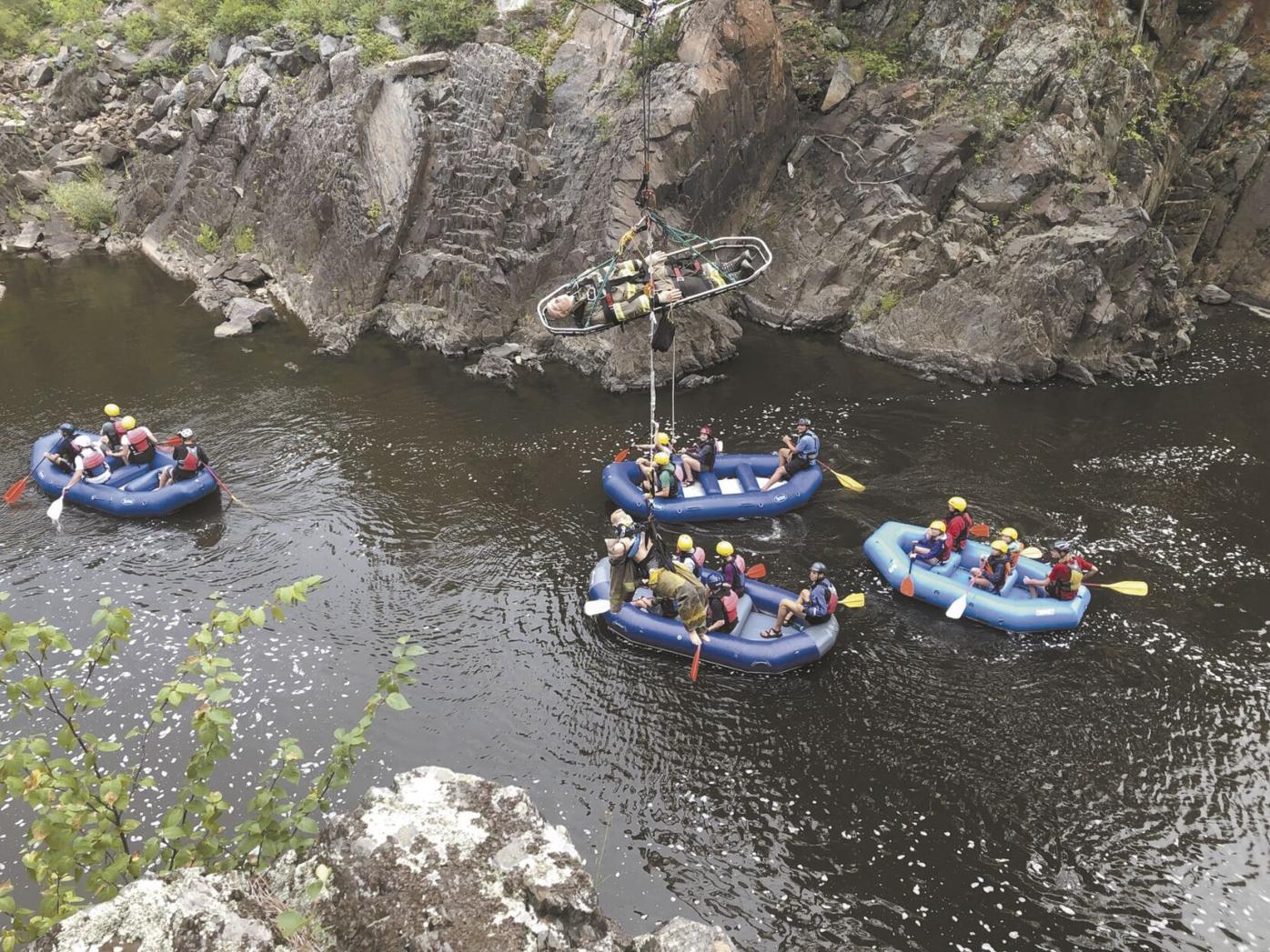 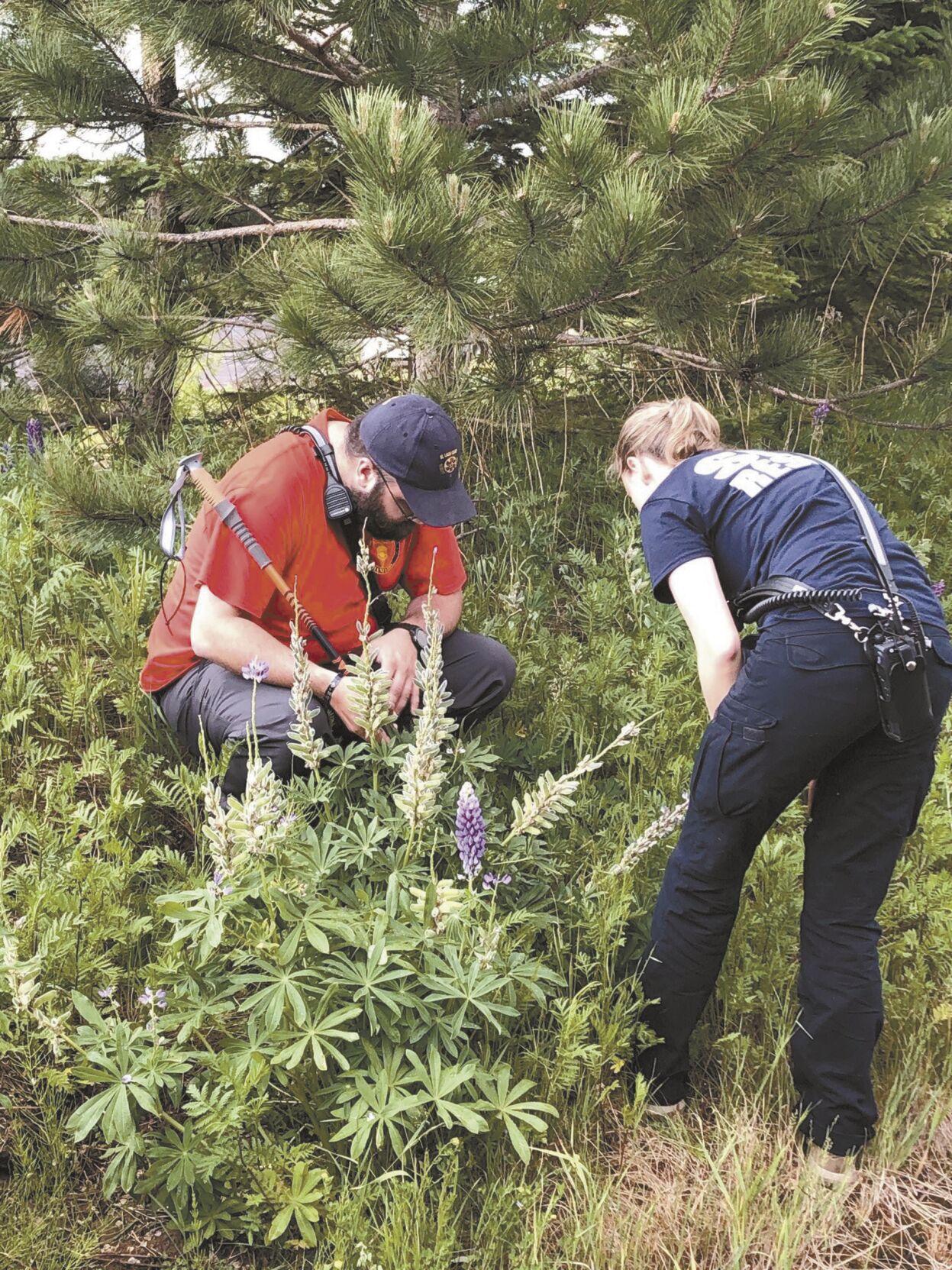 St. Louis County Rescue Squad members conduct an exercise in human tracking. Not only does the squad use tracking dogs, but members are also trained to recognize evidence of human movement on the ground. 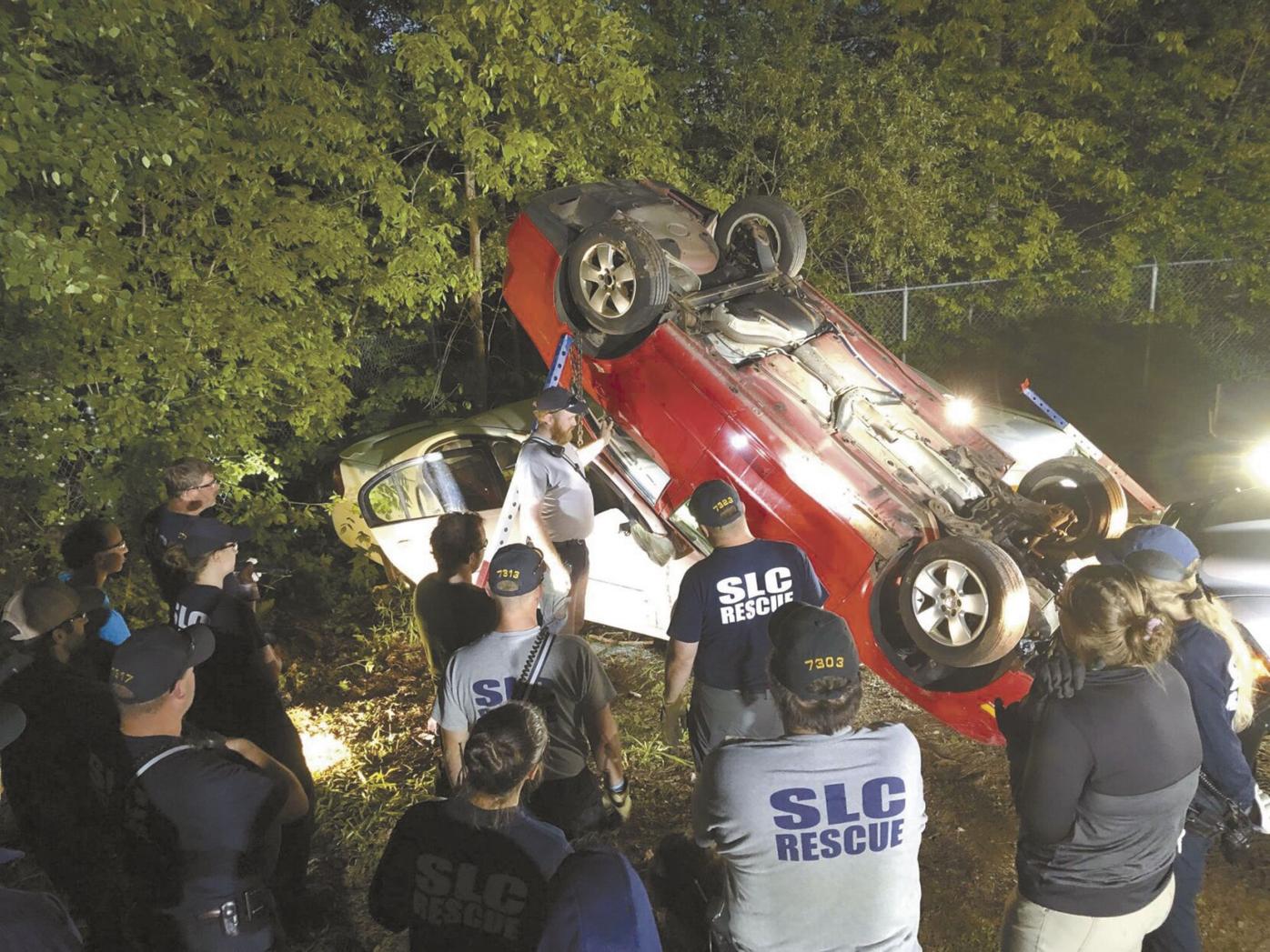 St. Louis County Rescue Squad members conduct an exercise in human tracking. Not only does the squad use tracking dogs, but members are also trained to recognize evidence of human movement on the ground.

Editor’s note: This is part one of a two-part series on the St. Louis County Rescue Squad. Next Sunday will feature the squad’s SAR (search and rescue) dogs.

ST. LOUIS COUNTY — There is a reason people often attach the word “hero” to members of the St. Louis County Rescue Squad.

Not only do they tackle dangerous situations to bring people’s loved ones home, but they also dedicate themselves to service of their communities that is truly next level.

The volunteer, on-call job involves many hours of training, difficult rescue operations, and often long stints away from home and sleepless nights spent searching for people in some of northern Minnesota’s more remote areas.

You just never know when, or to where, you might be called, said longtime northern squad member Kristian Jankofsky.

The burden of balancing the demands of a person’s personal life and life with the squad “is one that should not be taken lightly,” according to squad membership materials.

But in the end, rescuing someone “on their worst day” or “bringing closure” to an anxious family during recovery efforts makes it all worthwhile, said Jankofsky, who joined the squad in 1996.

In a nutshell, the SLCRS responds to incidents, year-round, involving stranded individuals (hikers, hunters, campers, berry pickers) who are lost or hurt in the woods; missing person cases; water accidents; ATV and vehicle wrecks; and airplane crashes. Members assist fire departments and first responders. They help with traffic control and serve as medical standby at events. They provide safety talks and classes to youth and community groups.

What they are tasked with requires very specialized skills above and beyond basic search and rescue, wilderness survival, cross-country navigation, emergency driving, small boat operation and first aid. Members — who are required to certify to at least the Minnesota First Responder level — are trained in everything from high angle ropes and swift water rescue to human tracking and helicopter rappelling.

Human tracking, for instance, requires recognizing, interpreting, and following evidence, such as compressed soil or damaged vegetation, showing human passage on the ground.

Members must also maintain and be proficient in using the squad’s specialized equipment, including drones, amphibious craft, and underwater remotely operated vehicles (ROVs) — miniature submarines controlled from the surface.

“There are different specialists within the squad,” Jankofsky said. But each member is dedicated to “keeping current on requirements” and continually updating skills.

“Like any person in the fire/EMS, law enforcement world, you do it for a reason — because you care about the community. Somebody is having a bad day, and they need help,” he said.

However, “it’s not for everybody,” Jankofsky admitted.

The SLCRS also employs the assistance of SAR (search and rescue) canines. “Trailing” dogs track human scents over long distances and cadaver dogs are trained to locate the scent of human remains.

The squad is lucky to have such dogs, whose keen senses, especially that of smell, play a critical role in locating individuals, said southern squad member Dave Drozdowski, handler of cadaver dogs Ted and Ike, who are often featured in the “Photo O’ The Day” on the squad’s Facebook page.

But just like humans, not all canines are cut out for the work. They and their handlers put in extensive hours of training, and the dogs must prove they have the agility, drive and skills for their role on the squad.

Drozdowski’s British Labradors, along with the squad’s two other SAR dogs, fit the bill. “They live to work,” he said.

63 years in the county

The SLCRS has a long history of providing rescue services and disaster relief in the region.

It was founded in 1958 by three Duluth-area residents who envisioned a group of volunteer, private citizens, who — in their free time — would train extensively in various aspects of rescue work, searches, first aid, and accident prevention by public education.

In August of that year, the three men approached St. Louis County Sheriff Sam Ownes with the idea. Once the proper state legislation was in place, the unit was formed.

Ten years later, Sheriff Greg Sertich worked to expand the squad to the Iron Range. The northern detachment, formed in 1970, supplemented what was then a 30-man squad based in Duluth, bringing the squad up to 45 members.

To effectively serve the 7,000-square-mile county — about the size of New Jersey — the SLCRC began operating as a “South Squad” and “North Squad.” It currently has offices in both Duluth and Virginia.

The dividing line is around Cotton, Jankofsky said. But north and south squad members assist each other when needed. Currently there are roughly 90 people involved with the squad, which is led by Capt. Rick Slatten, who has been with the SLCRS for more than 40 years.

The men and women of the squad “differ in ages, backgrounds and abilities,” Jankofsky added. Some have been with the squad for decades, some for only a few years. “Ideally, people serve for a lot of years” to build up skills, he said. “Some folks, especially in the south squad, are in college and are with the squad for a few years and then move on.”

Many members have families and full-time jobs. Others are retired.

Applicants must be at least 18 years old and undergo rigorous background investigations. After passing those, applicants participate in selected squad operations in a non-member status. After about six months, the applicant is brought before a vote of the membership. If accepted by a 2/3 majority, the applicant becomes a voting member of the unit. New members serve a one-year probationary period.

Once on the squad, “basically, you are on-call all the time,” Jankofsky said. Since members have other life commitments, they work with each other to update who will be available, especially around holidays.

When pages go out, those who can respond, do.

“If you are paged for something, when it gets dark, you don’t just go home” if a mission is not complete, he explained. “You really need an understanding family to be a part of this.” Jankofsky said he is blessed to have a supportive wife, an employer who will “let me leave work on occasion,” and good friends.

While members do not get paid, it takes a great deal of funding to provide training and to purchase and maintain equipment.

The rescue squad’s biggest financial source is its annual campaign, in which letters are sent to residents seeking donations. It is also funded in part by the county and state grants.

In some areas of the country where there are similar rescue squads, Jankofsky noted, there are surcharges for services. “The way ours is set up, it is completely volunteer. We don’t charge for services.”

Jankofsky said he has always loved spending time outdoors, hunting and fishing. “That’s what drew me to get involved,” along with a desire to serve the community. “It’s a good feeling to help fill that need.”

Why has he stayed aboard? “The camaraderie is what stands out to me.” There is much teamwork involved in everything from training to engaging in missions.

Northern Minnesota’s many forests, lakes and waterways make for many places where locals and visitors, alike, can get turned around, stranded — or worse.

Lately, “we have had a lot of lost hikers and drownings and water fatalities,” Jankofsky said.

One of the largest search and rescue missions recently completed was for a 21-year-old canoeist, visiting from the Twin Cities, who ended up drowning in Sand Lake in Britt in mid-August. The SLCRS, along with the SLC Sheriff’s Office and mutual-aid partners, spent four days working on the effort, with more than 40 personnel and three SAR dogs involved.

The search and recovery included more than 75 separate drone, sonar, visual and canine “sorties” — “logging over 400 lineal miles of track,” according to a post on the squad’s Facebook page.

The post on Aug.16, which also sought prayers for the young man’s family, acknowledged the “rehab” that yet needed to be accomplished.

“Dinged-up props and skegs must be repaired, and trucks, boats and equipment cleaned and serviced. Hot-washes and After Action Reviews will be carried out to take advantage of the learning and improvement opportunities that presented themselves on this search.

“Finally,” it continues, “there is the human element ... the sights, sounds, smells, and other sensory input that each member needs to process, make sense out of, and put to peaceful rest. That takes the longest.”

The Sand Lake incident was one of three water fatalities the squad assisted with in 48 hours. It came in the wake of six searches — three of them for children — along with several vehicle crashes, ATV accidents, water emergencies, and a rope rescue.

“Getting someone out of a tough situation” is a highlight of the work, Jankofsky said. “But you know the end result might be that someone is no longer with us. You have to deal with that.”

Recovering someone’s loved one “to bring closure to a family is an important thing, too,” he said.

The Aug. 16 post thanks the public for its support of the SLCRS.

“Besides the financial support you give us through our annual fundraiser, your prayers, kind words, friendly waves from the shoreline, likes on our ‘Photos O' The Day’ all make a huge difference,” it reads.

“Then there's the generosity you showed in our base camp,” during the Sand Lake sortie. “We have enough baked goods to feed the entire squad for a fortnight. A crockpot of roast beef appeared, a selection of smoked meats, two urns of Rocket Fuel coffee. One restaurant provided lunch and dinner and we never saw a bill. ‘Blown away’ is a timeworn cliché, but your support is truly overwhelming.”

There are other ways the community can assist, the post continues.

While squad members are dedicated to the volunteer job — and will never stop training for rescue efforts — the absence of having to perform missions would be even better, for everyone.

“You can help by wearing your life jacket, buckling up in your car, leaving an itinerary and a panic-button time with loved ones when you hit the woods, saving the alcohol for back at the cabin when the day is done. Plan for what might happen instead of believing it won’t.”