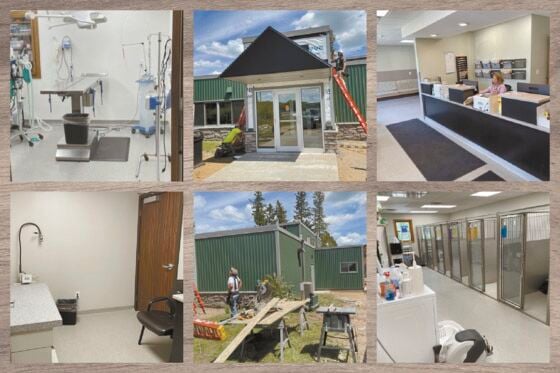 The images above depict improvements made at Mesabi Animal Hospital in Hibbing this past year. 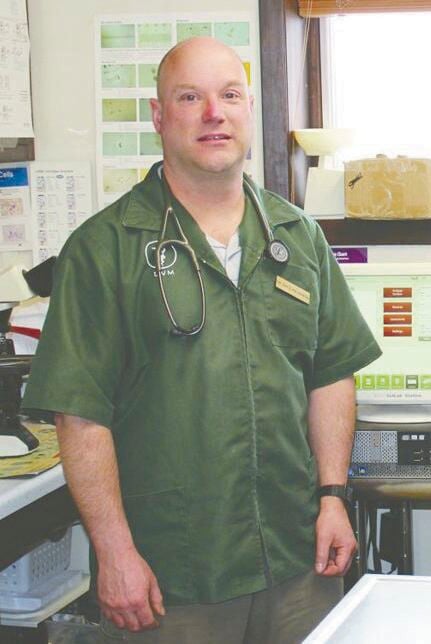 The images above depict improvements made at Mesabi Animal Hospital in Hibbing this past year.

HIBBING — A veterinary hospital located in Hibbing underwent some major improvements this past year.

David Kalinowski, DVM and his wife, Tammy Kalinowski, purchased Mesabi Animal Hospital in 2009 and have made minor improvements throughout the years. This past year the couple made major renovations to the building that was originally constructed in the early 1900s, according to information from the Iron Range Resources and Rehabilitation Board.

The total project investment for the renovation and expansion that began in spring 2020 was over $1 million, according to the IRRRB.

A $20,000 Business Energy Retrofit (BER) helped cover some of the cost of energy improvements to the windows, roof, insulation and HVAC system, according to a press release. It’s also noted in the release that the IRRRB awarded the City of Hibbing a $22,500 grant to help with interior demolition on the project.

The Mesabi Animal Hospital building was first used as a dairy processor and became a veterinary clinic in the 1960s.

The current surgery rooms are located where cow milking once took place over a century ago.

“The renovation and expansion were huge undertakings, both operationally and financially,” Tammy Kalinowski is quoted in the release. “The building has served veterinary needs in the region for over 50 years, and it was time to update it so that we may serve pets and their families for the next 50 years. The BER grant, along with our local contractor AM Construction, helped us create a more energy efficient and modern building.”

David Kalinowski has been a licensed veterinarian for 32 years. He is an Iron Range native and has practiced in Virginia, Minn. as well as South Dakota. Mesaba Animal Hospital is a full-service facility that provides preventative and wellness care; treatment of medical, surgical and dental conditions; and urgent and emergency care to dogs, cats, birds, reptiles, pocket pets and goats. In addition to Kalinowski, there are two veterinarian technicians, three receptionists and other support staff that together serve clients in the Hibbing and surrounding areas in St. Louis County.

Since the inception of the Business Energy Retrofit program in 2013, more than 350 grants have been awarded to help small businesses with energy efficiency upgrades that can result in reduced utility bills, improved building aesthetics and increased building life. The program is funded by the IRRRB and administered through a partnership with Arrowhead Economic Opportunity Agency (AEOA).