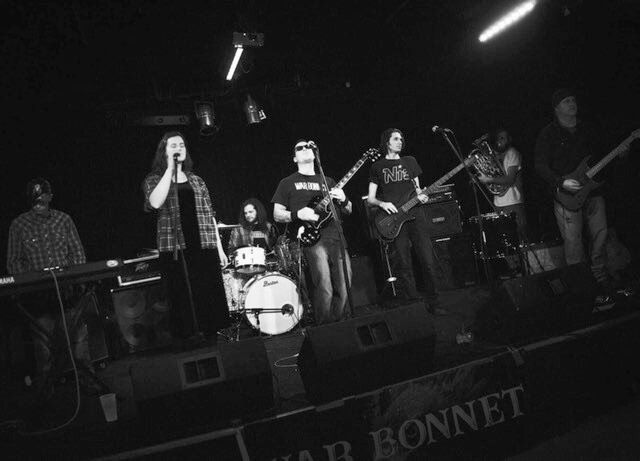 War Bonnet performs on stage. The band is releasing a new album, Ancestral Legacy, on Nov. 27. 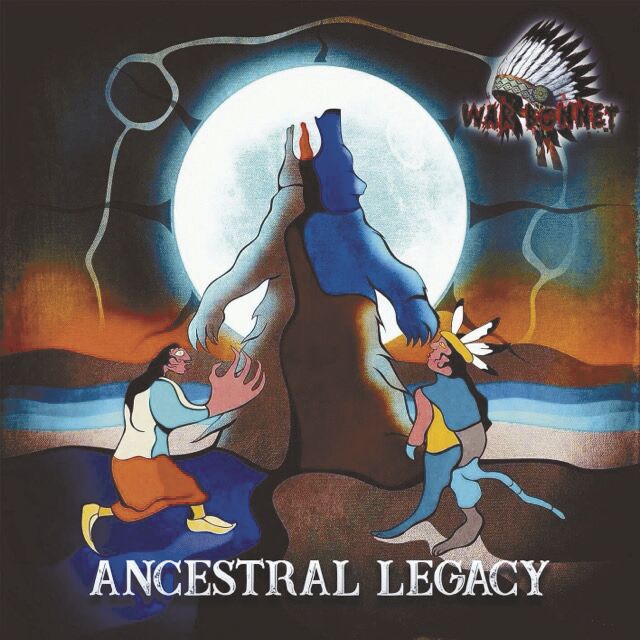 War Bonnet performs on stage. The band is releasing a new album, Ancestral Legacy, on Nov. 27.

On the Bois Forte Reservation, Chaz Wagner is a project coordinator at KBFT radio station who is known for drumming and singing in traditional pow-wows. At 43, he is also recognized for playing music with Leech Lake descendant Tony Parson to create one of the most successful rock duos in Minnesota.

Together, they form the self-described Anishinaabe band, “War Bonnet,” which was nominated for New Group of the Year for their debut album “The Ghost Dance” and Best Rock Recording for their track “War Horse” for the 2019 Native American Music Awards.

Back in March, the band collaborated with musicians from the region to finish their second album, “Ancestral Legacy,” which is scheduled for release on Nov. 27. The songs will be available on Amazon, iTunes, Spotify, YouTube and www.warbonnetofficial.com.

Parson and Wagner spent months writing songs and exchanging rough drafts back-and-forth--sometimes over great distances, before recording the new songs at their home studios. The writing was largely inspired by the lives of great Indigenous chiefs--Geronimo, Sitting Bull and Red Cloud, among others. “I wanted an album designated to the past chiefs, warriors and veterans past and present,” Wagner said. “These songs are more than songs; they are prayers.”

They define the new songs as “a positive, upbeat celebration of Indigenous culture.” The band did not immediately release the new songs due to the onset of COVID-19. But after months of navigating the new realities brought forth by the coronavirus, they have decided to put out their music in hopes that it might bring people enjoyment during the upcoming winter months.

For the song “Legend of Geronimo,” the frontman described how he views the Apache leader “as a spiritual being who survived through unimaginable odds.” He continued, “We wanted to honor him. It doesn’t matter what tribe you come from. His story brings us all strength.”

The song, “Ikwe,” hits home for the band members. The Ojibwe word translates into “woman” in English and honors missing Indigenous females in Minnesota, as well as those who have been affected by domestic abuse. “I’ve lost friends and family members through domestic violence and this song is for them and others suffering,” Wagner said. “If we can help people get through tough times in their lives, then it makes me feel good that I am able to do that.”

It was in the 1980s when Parson and Wagner met at Mountain Iron-Buhl Public Schools, where they developed a friendship over shared interests in Metallica, Black Sabbath and Alice in Chains. Parson learned how to play scales from Guitar World and other magazines, while Wagner took lessons from Schmitt Music in Virginia. Eventually, Parson would play in polka and western bands at regional events, such as the Finnish Festival in Embarrass. Wagner would drum and sing in cover bands and in pow-wows on the Bois Forte Reservation.

In 2017, the duo circled back to their rock roots and formed “War Bonnet,” influenced by the actions of American Indian leaders and a variety of musical talents to Keith Secola, an Ojibwe folk and blues rocker from Cook. The following year, in April 2018, the band made their first public appearance at the Iron Range Homegrown Festival at Riders Bar in Virginia. They went on to play various events and shows in Tower, Virginia, Eveleth and Lac Du Flambeau in Wisconsin. Then they released their first album, in February 2019.

The “Ghost Dance” was named after a religious movement taken on by numerous Indigenous tribes in the 1880s — after the Wounded Knee Massacre in the era of The Battle of Little BigHorn — that taught a dance to bring back the spirits of the dead to fight on behalf of the living in efforts to take back land from white people.

The band’s new album, “Ancestral Legacy,” represents a continued effort to explore their Indigenous culture. The release date also coincides with November being nationally recognized as Native American Heritage Month. Wagner is hopeful that listeners “can feel something spiritual through the music” in a time filled with uncertainty regarding the emotional toll of the coronavirus.

“I imagine my ancestors going through a lot of hardships,” he said. “They persevered through the unimaginable with genocide and destruction of land, food sources and livelihood. I would like my music to take people into Native American culture from long ago and bridges the gap to this time. I hope it gives them hope and takes them to a better place in their minds when they’re going through tough times.”

The Legend Of Geronimo

Held his family with love and pride

When he lost them in a raid

A voice spoke from inside

“You cannot die in battle, your aim will always be true”

Riding faster than the driven snow

Striking the enemy blow after blow

The Army could not catch the wind

No bullet would ever touch him

Forty years guarding his lands storming through the battle field

Though the forced his surrender the legend would never yield.

Your medicine was a great power

Your story makes our nation stronger

Our faith in you will never die.

No bullet could ever touch him…

pray for those with no guardian

That together we may stand vigilant

against those who seek to harm them

We pray for courage our spirits are enraged

because this world has not changed

We pray for the sisters, the mothers,

the daughters, and the wives

We pray for all Ikwe

who have lost their lives

We pray for answers, for truth,

most of all we pray for their safe return

Authorities do not listen

to the families of the victims

The laws are not protecting them

criminals let off without conviction,

makes a target of Indigenous women

We pray for the taken to survive what they endure

and rise above the ashes into a bright future

We pray they know they are not alone

and are loved by all

We pray for days filled with joy and light

for that what Mother Earth designed

stand up for what is right