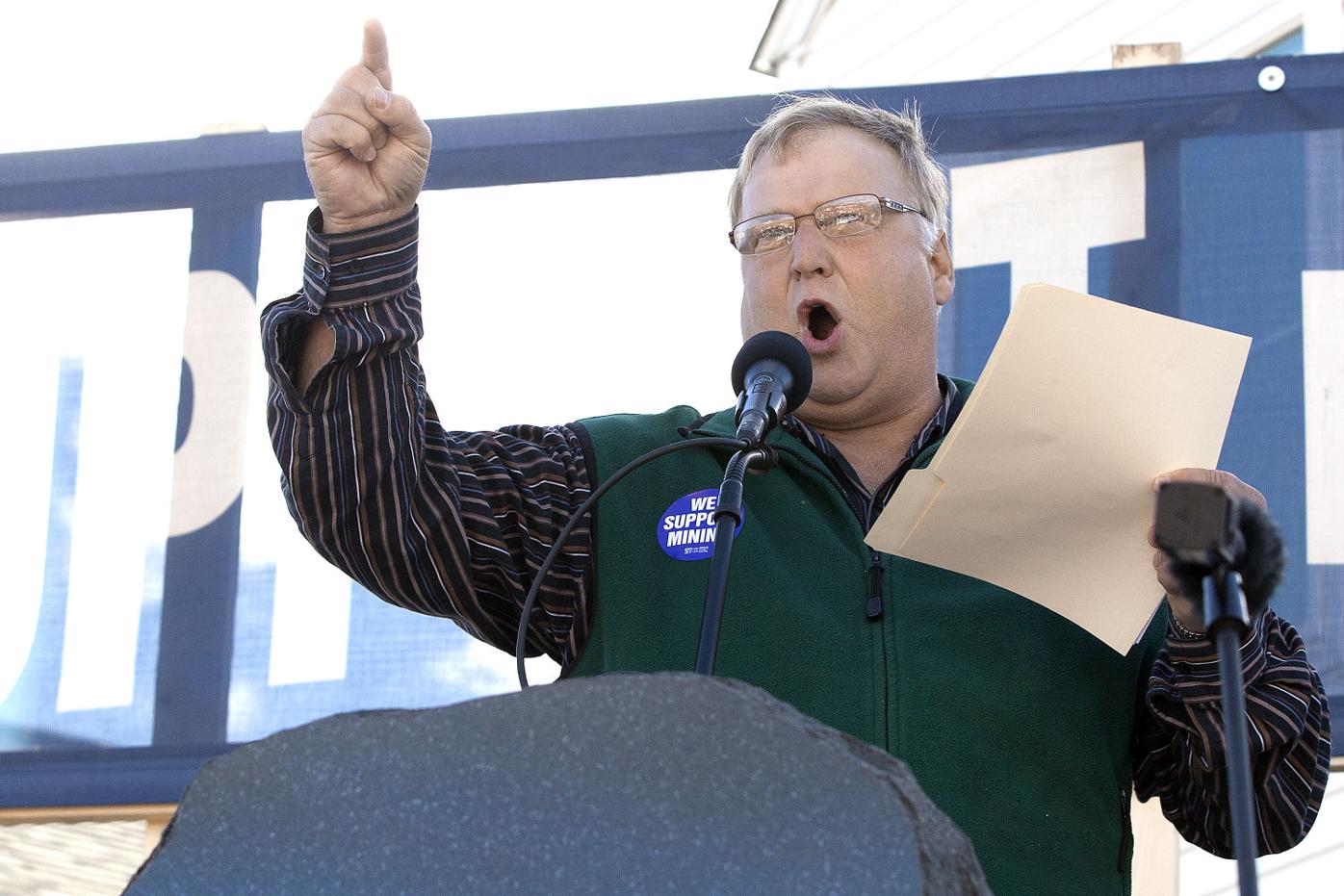 Hoyt Lakes Mayor Mark Skelton fires up the crowd of a few hundred with an emotional appeal about the benefits of PolyMet to the communities. 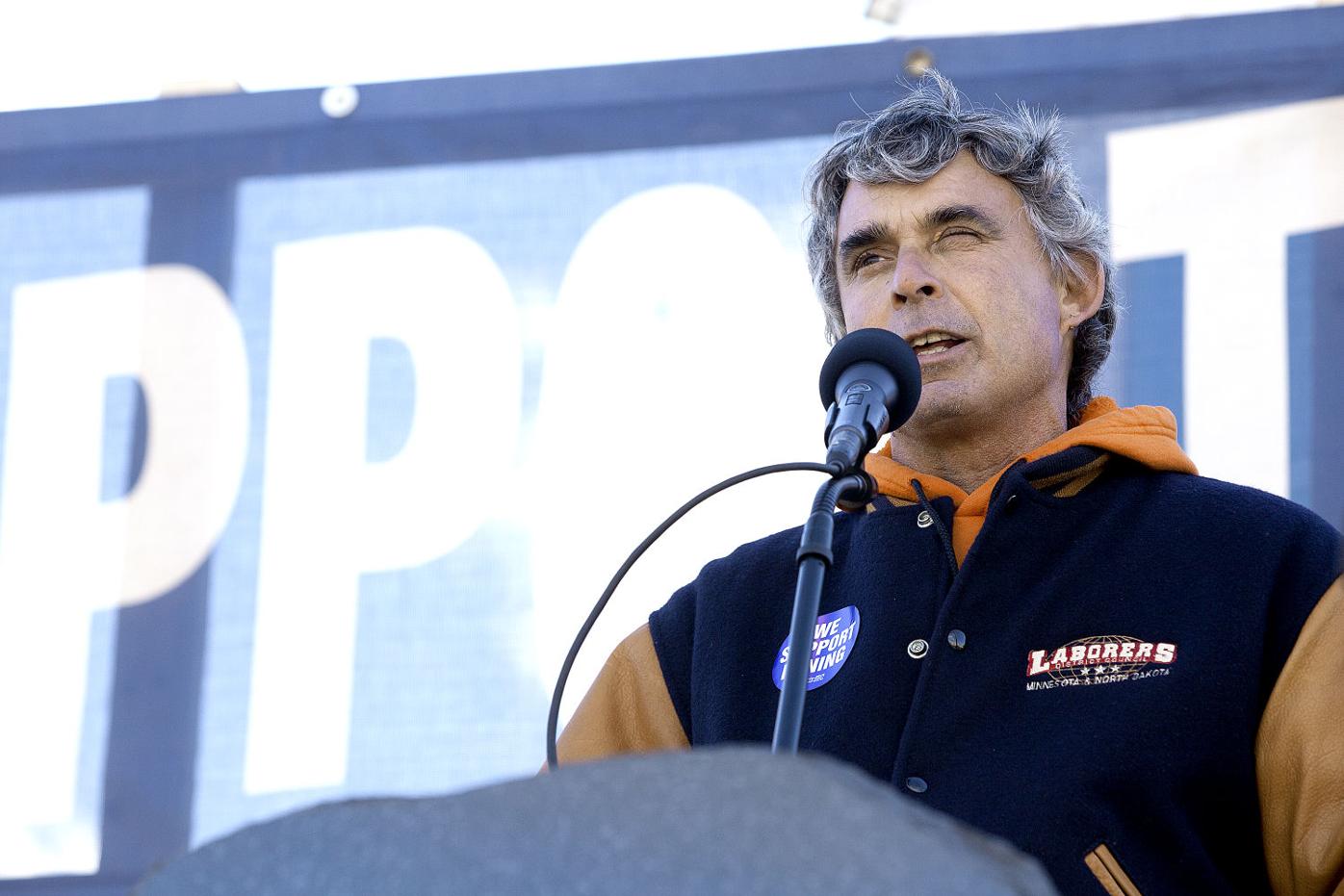 Hibbing Mayor and labor leader Rick Cannata spoke Tuesday about the Iron Range coming together in support of the project. 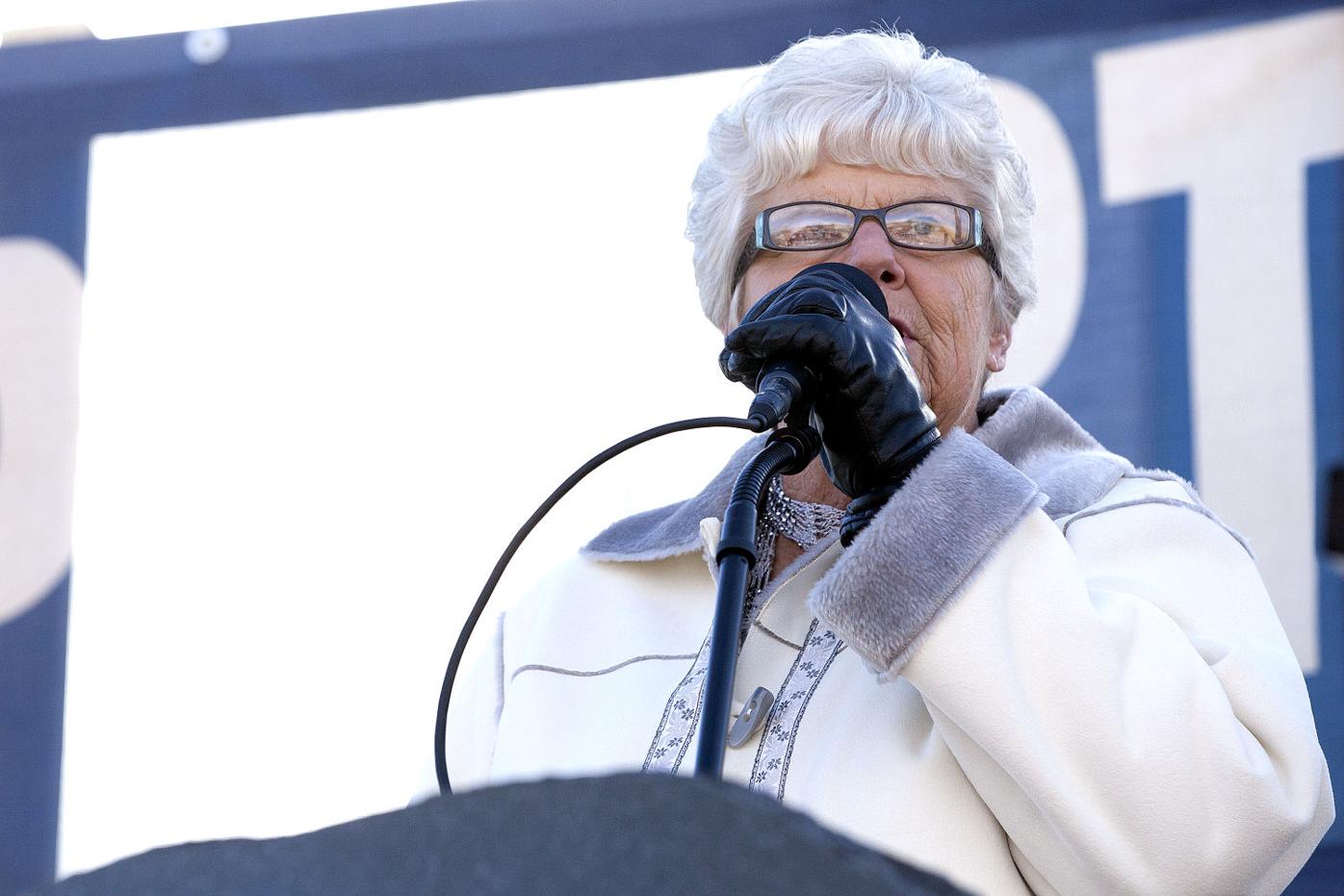 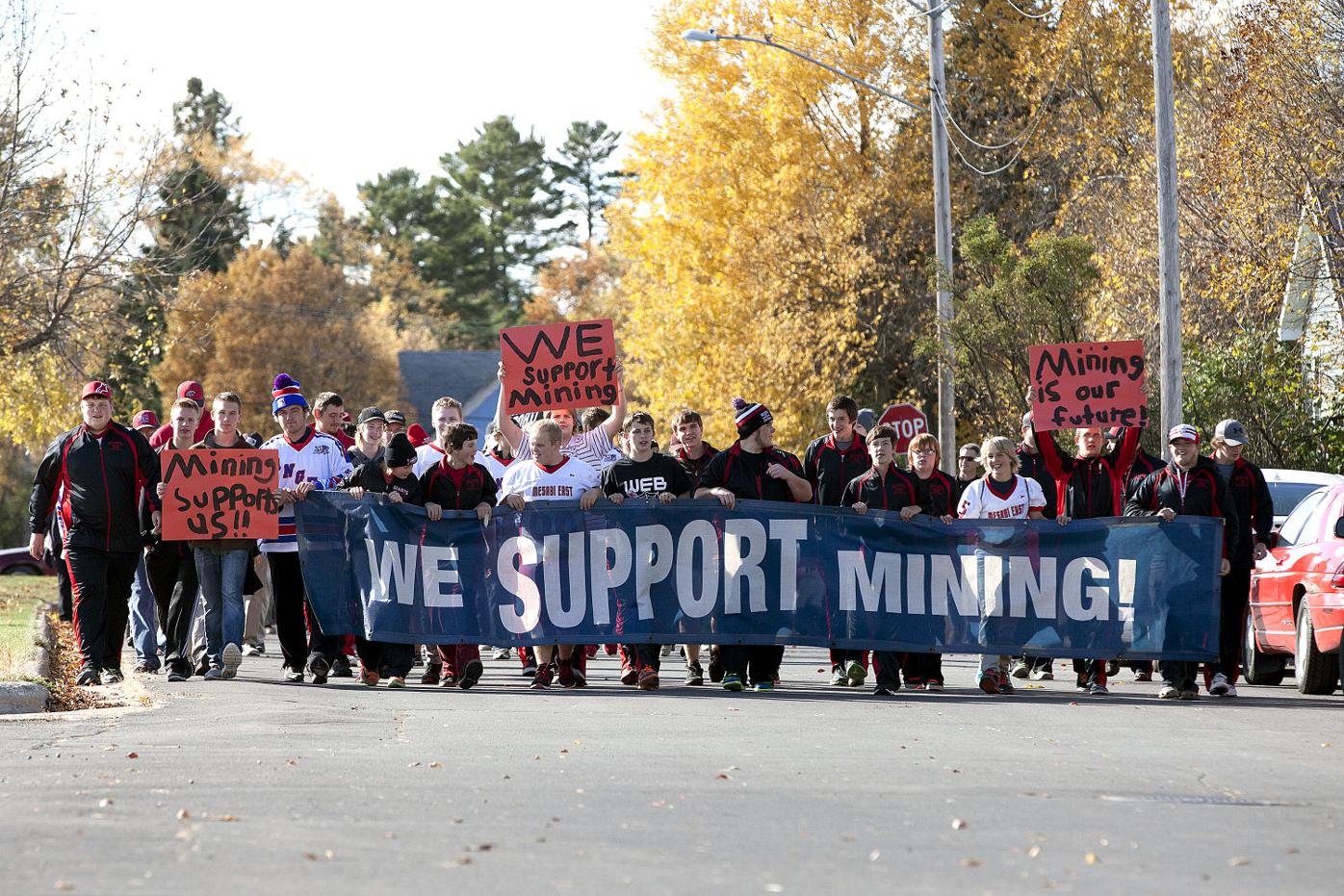 Students from Mesabi East High School march in support of the proposed PolyMet copper/nickel/precious mine in Hoyt Lakes. The students attended a rally for the mine in Aurora on Tuesday afternoon.

Hoyt Lakes Mayor Mark Skelton fires up the crowd of a few hundred with an emotional appeal about the benefits of PolyMet to the communities.

Hibbing Mayor and labor leader Rick Cannata spoke Tuesday about the Iron Range coming together in support of the project.

Students from Mesabi East High School march in support of the proposed PolyMet copper/nickel/precious mine in Hoyt Lakes. The students attended a rally for the mine in Aurora on Tuesday afternoon.

AURORA — As anti-PolyMet protesters marched in St. Paul on Tuesday, Iron Range mayors threw their counterpunch with a rally supporting the project.

With a few hundred in attendance, local officials handed out PolyMet signs and rallied supporters during a loosely-organized pep rally at the Aurora Community Center. Students from Mesabi East High School marched together down the street to the ceremony, carrying a large “We support mining” banner as the Iron Range looked to stand together against the environmental protest at the state capital.

Aurora Mayor Mary Hess opened the rally speaking about the area being unified in its support of PolyMet and the jobs it would create. Overlooking her city’s downtown, the prospects of jobs is more important than ever as a cornerstone business closed its doors.

“I want you to look around and — this is kind of hard for me to say — the biggest slam for me was recently when we lost our drug store in town,” she said. “But if you look around our main street, it’s pretty sad to see all of the empty storefronts in this city.”

PolyMet, Hess continued, would help improve Aurora’s quality of life after it was battered by recessions and idled mines. But special interest groups out to shut the new mine down before it goes into operation aren’t looking at the economic impact of a project Hess believes took all the proper steps to be environmentally sound.

An impassioned Hoyt Lakes Mayor Mark Skelton rallied the crowd with an emotional appeal for the project and its meaning to the Iron Range residents and workers.

“At this moment, there are people who oppose our right to earn a living, work hard, raise our families here on the Range, headed over to the Department of Natural Resources in St. Paul to protest PolyMet” he said. “I ask every one of you, are we going to let a vocal minority dictate our future?”

The crowd responded with a resounding “No” all three times Skelton proposed the question.

He trumpeted the Range as the place where people live and work, and a place where those same people care about their rivers and lakes, all while producing iron for American steel.

He recently visited the Eagle Mine in Michigan’s Upper Peninsula, which is a copper/nickel/precious metals mine in operation. He said he was impressed with the company’s safety, environmental record and surrounding communities.

Hibbing Mayor and local leader Rick Cannata said the project was important to the entire Iron Range’s future of revitalizing and re-energizing the communities.

With mines closing all around, the prospects of a new mine is an exciting time. He added there is support for the process of approval from the communities, and assurances from the governing bodies that it will be fine.

But the final word was to get PolyMet going so the local communities can benefit, and avoid more empty downtowns.

“On the Iron Range, we all stick together, from Ely down to Aurora to Hibbing, Chisholm and Keewatin,” Cannata said. “Mining effects all of us.”