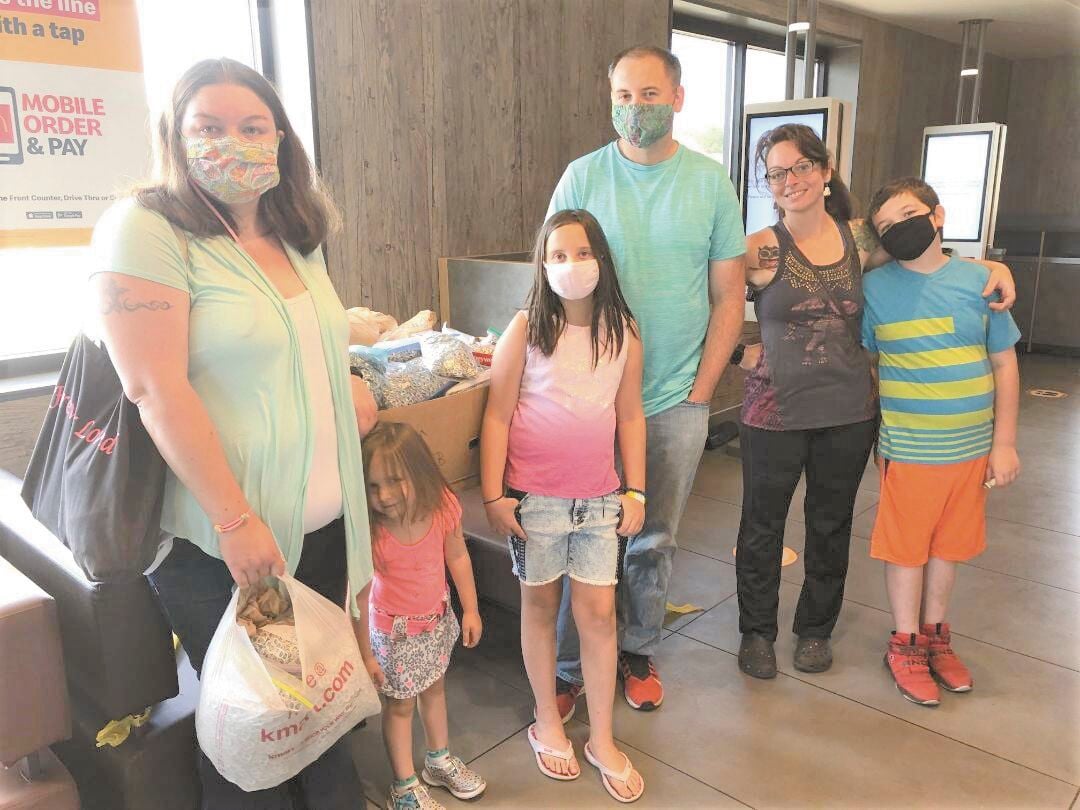 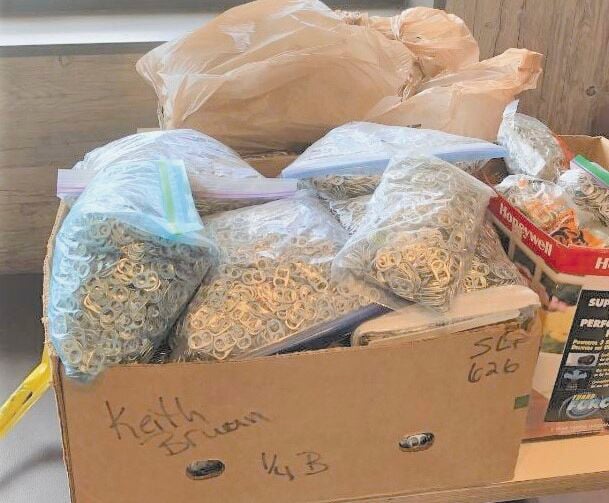 Shandelle Bruun and her family collected 100 pounds of pop can tabs over the last few years to donate to the Ronald McDonald House. Bruun stayed at a Ronald McDonald House for several months while her newborn daughter Brooklyn, born prematurely, was hospitalized. Brooklyn's identical twin Ava died shortly after birth in 2014, and Brooklyn died in 2017.

Shandelle Bruun and her family collected 100 pounds of pop can tabs over the last few years to donate to the Ronald McDonald House. Bruun stayed at a Ronald McDonald House for several months while her newborn daughter Brooklyn, born prematurely, was hospitalized. Brooklyn's identical twin Ava died shortly after birth in 2014, and Brooklyn died in 2017.

VIRGINIA — Shandelle Bruun and Justin Kundinger of Virginia had been overjoyed to learn in 2013 they would soon be parents to identical twin girls. But tests would reveal the babies had a life-threatening condition, and they would be delivered prematurely on New Year's Day 2014 at the Mother Baby Center in Minneapolis, Ava Jordan weighing only 2 pounds, 3 ounces and Brooklyn Rose, just 1 pound, 6 ounces.

During the time Brooklyn Rose was in neonatal intensive care, Bruun stayed free of charge at a Ronald McDonald House near the Mother Baby Center. "My family and I decided once we came home that we would collect pop tabs with our family and friends to help repay the Ronald McDonald House for their extreme generosity," Bruun told the Mesabi Tribune. And collect they did — 100 pounds, and they recently presented the bags and boxes of the aluminum tabs to the Virginia McDonald's.

The Pop Tab Collection Program has raised thousands of dollars for Ronald McDonald House Charities around the country. The Minneapolis Chapter has raised more than $800,000, according to their website. Bruun said the Ronald McDonald House offers snacks, meals, family rooms, television and computers, free to all families with a child in the hospital.

While Brooklyn was hospitalized for several months, Bruun said, "I spent from January to September (2014) in a room at the Ronald McDonald House. Let's say that was 240 days. If I had paid local hotel room rates... even a cheap room at $40, not including food or laundry facilities, that would be close to 10 grand." She also stayed in a Ronald McDonald House (RMHC) a short distance from Children's Minnesota in Minneapolis. "They do not turn you away if you cannot afford to pay. They do ask for insurance information to bill and see if they could help cover some, but still do not turn anyone away if they have room."

As for the tab collection project Bruun and her family undertook, Bruun said, "It takes approximately 1,128 pop tabs to equal one pound. In our area, looking at prices from Radko in Hibbing, a pound of aluminum sells for 20 cents. The pop tabs are a very small thing for us to pull together and turn in. We roughly had around 112,000 pop tabs. Which is roughly only $20." The RMHC is run mostly by donations. Instead of asking for monetary donations, they ask people to donate pop tabs.

As she explained the pop tab collection, Bruun also told of memories of the twins' birth. She had been given an early genetics test and learned she was pregnant with MoDi, or monochorianic diamniotic, identical twins that share a placenta. And Bruun had Twin to Twin Transfer syndrome, where "twin B (Brooklyn) would donate blood and nutrients to twin A (Ava)." The expectant mother was scheduled for surgery December 30, 2013,to repair the problem.

But Bruun had another ultrasound and found out that ablation surgery "would now be a death sentence for the three of us." The other options were "my pregnancy where both twins would pass (die) or have a c-section and have an 80 percent chance of one survivor or 40 percent chance of both surviving."

The day after the babies were born, Bruun said, "I spent most of that first day in Brooklyn’s room, she was very touchy... We honestly thought that she would not survive."

The morning of January 3 Bruun was awakened to learn "it didn’t look good" for Ava's survival. "The doctor explained that not even surgery would help, because only a heart transplant would keep her alive, but a heart that tiny is not possible to find. Justin and I had Brooklyn baptized (my mom Julie Bruun and I had Ava baptized earlier), then we returned to Ava’s room and I held her when she took her last breath."

Bruun wants to keep alive the memory of Ava Jordan and Brooklyn Rose as the years go by. "I plan to continue to save pop tabs and will continue to donate them to RMHC. There is no way I could ever fully repay them for their generosity."