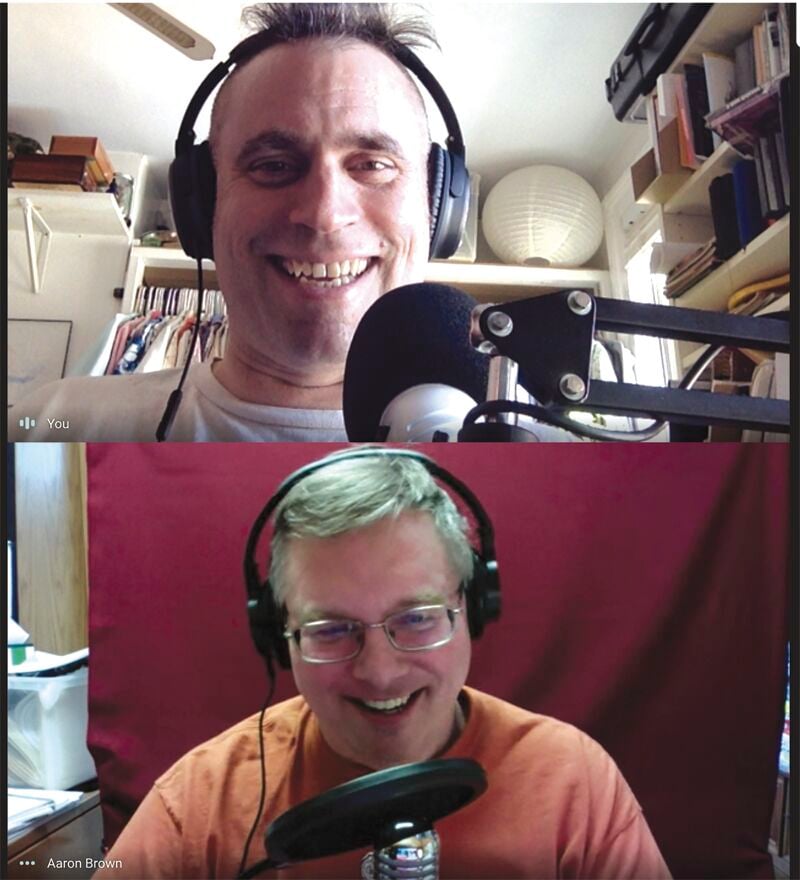 Karl Jacob (above) and Aaron Brown (below) created the Power in the Wilderness podcast exploring the Iron Range’s history. 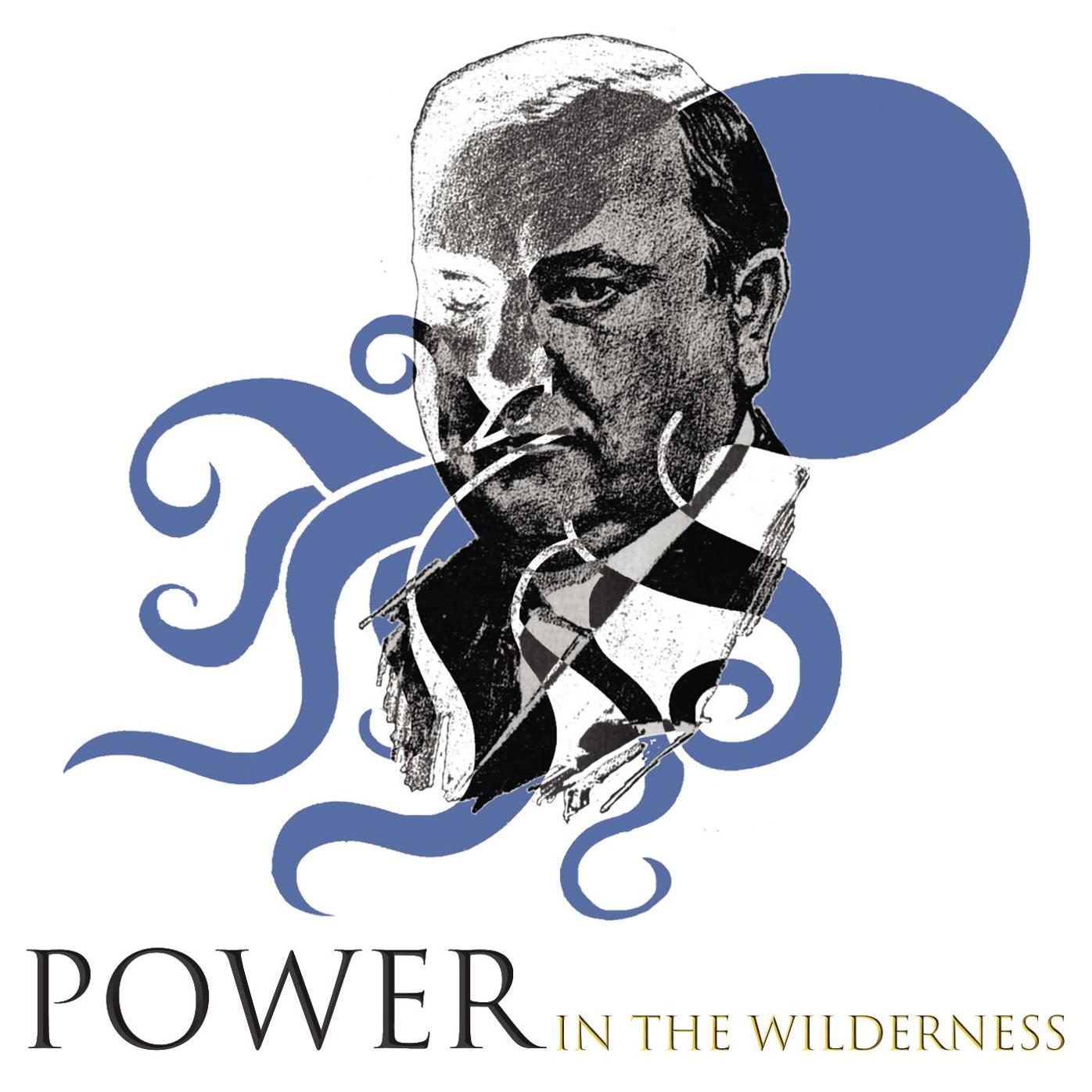 Karl Jacob (above) and Aaron Brown (below) created the Power in the Wilderness podcast exploring the Iron Range’s history.

What if someone told you that the origin story of the Iron Range — it’s many legends, power players and larger-than-life stories — was only partially told for the last half century? That there’s more to how this region became an iron hub of the U.S. and helped win world wars than your grandparents told you.

Better said: There’s the stories they told — and the ones conveniently left to history.

With their new project, set to fully launch May 1, local author and journalist Aaron Brown and New York filmmaker Karl Jacob Wiiliainen Wiiliainen, who is also a Hibbing native, aim to tell the unfiltered, linear story of big business, politics and culture of the Iron Range.

Power in the Wilderness, a podcast researched and compiled by Brown and Jacob Wiiliainen, chronicles the region through the life and exploits of Victor Power, a former mayor of Hibbing who fell to history as a lesser-known of the penultimate city figureheads — the small city version of a Richard Daley or a Fiorello LaGuardia.

Their research and storytelling weave the well-known of the Iron Range with the lesser-told tales of politics, bootlegging, mining and immigration that with a few different decisions, could have sent the region in a completely different direction.

“There’s mythical qualities to how the Iron Range started, and all that is mostly true in terms of the history,” Brown said on a recent virtual conference call with Jacob Wiiliainen. “How that story comes together is quite fascinating and messier with booze, guns and backroom deals.”

He continued: “The Range could have gone a lot of different directions. We were a coin flip away from not having successful towns that could have endured the loss of ore in the 1950s, and for better and worse, turning out the way it did.”

“It was a chaotic scene that really required him to observe everything going on and make decisions as a mayor,” Jacob Wiiliainen said. “Help everyone have a better life. A lot of those decisions still resonate today.”

Brown and Jacob Wiiliainen started their project by chance, and that also could have gone a completely different direction. Brown was researching Power for a book he’s writing and Jacob Wiiliainen’s curiosity about his hometown piqued after filming a movie in the region, leading him down a similar research path.

consider himself a history buff, but a fan of the great untold stories they uncovered — he estimated about 1 percent of the Range’s current population know some of them — and those have been an exciting part of the last few years of work.

“It’s a paradox of what we’re learning and what I understood the history of the Iron Range to be my entire life,” he said. “Taking time to pause and knowing the history of where I grew up. It’s like learning about your family, but the extended, crazy part of your family.”

The podcast is recorded and produced remotely with Brown at his home in Itasca County and Jacob Wiiliainen in New York. It started off that way and when the coronavirus pandemic gripped the nation, they were a step ahead of the work-from-home trend, but they’ve also found the project to be a motivator during the monotonous times of COVID.

Once a week the two men meet over Zoom for a few hours to discuss topics, share research and record new episodes. Sometimes the meeting is more therapy session than tangible progress, but keeping each other on track with work and mental soundness has been a crucial cog in the partnership, especially with only a few months to go on Brown’s book deadline. “I don’t think I’d be that far along without the weekly meetings,” he said. “I wake up in the morning, look at the ceiling and I think about Victor Power.”

For Jacob Wiiliainen, the podcast has helped him organize his thoughts to move toward the cinematic version of the Power story. “That has really put me on the rails to guide me the way I need to go,” he said. “Aaron has his book that he has as evidence of his research. For me, it's really far down the road, the realization of the work I’m doing.”

Brown, on the entirety of their work together, said: “To find, in a strange way, a friend and collaborator in a situation that could have been antagonistic. I don’t think either of us could have gotten this far alone.”

Power in the Wilderness is set to be released weekly beginning May 1 until July 3 through Northern Community Radio. The first two episodes are available at their website, www.powerinthewilderness.com, where more notes and photos can be found. Advances on more episodes are available through a financial donation to the project. Brown’s book, also titled “Power in the Wilderness” is scheduled to be published next year by the University of Minnesota Press.

The project is partially funded through Northern Community Radio, supported by the state Arts and Cultural Heritage Fund. Once completed, Jacob Wiiliainen and Brown plan to donate their work and research to the Hibbing Historical Society.