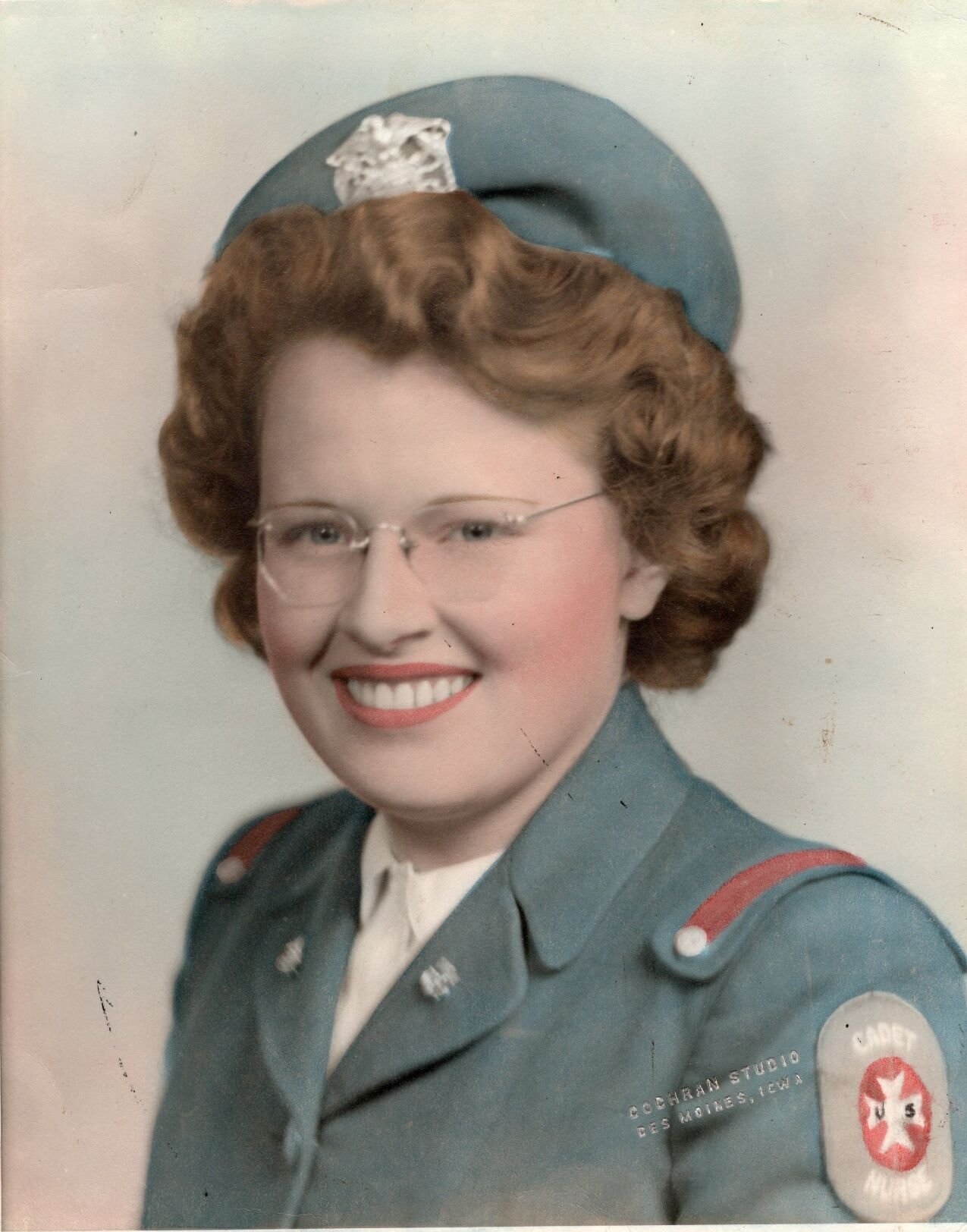 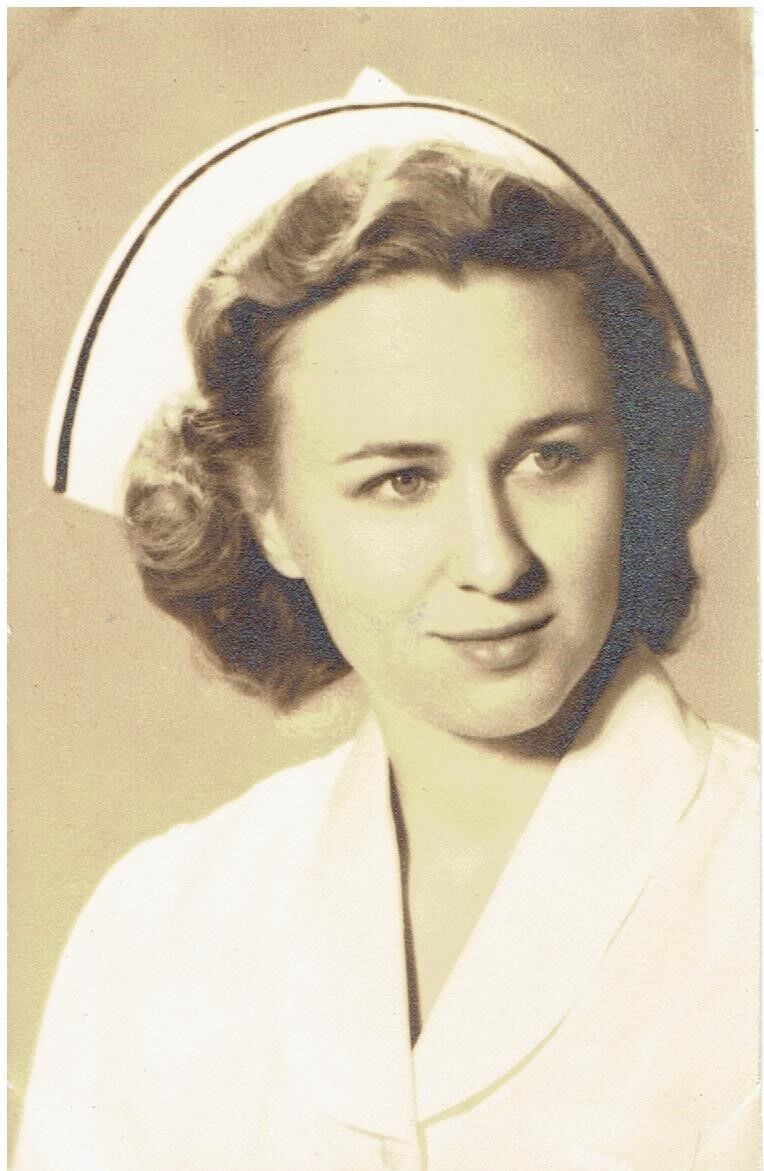 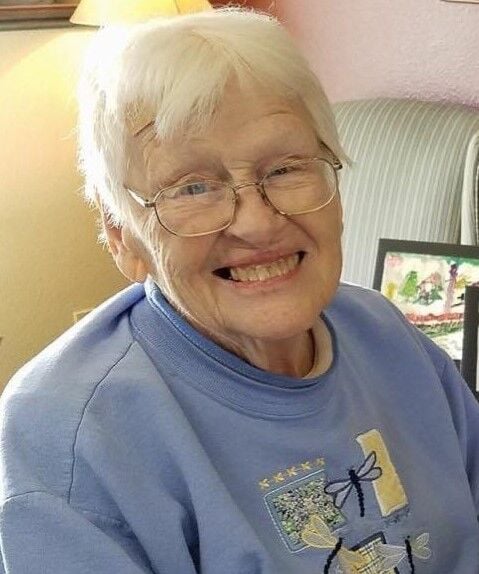 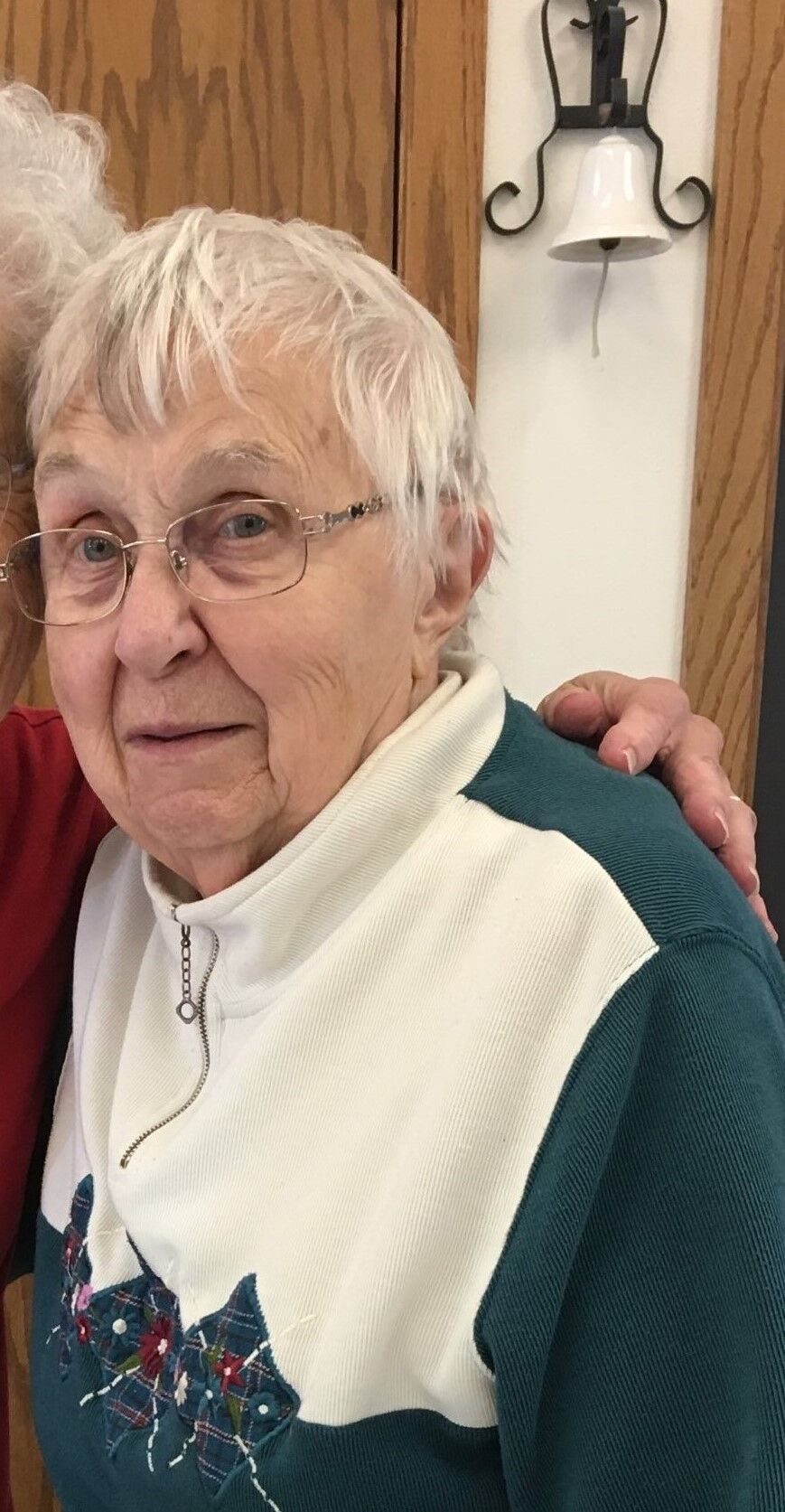 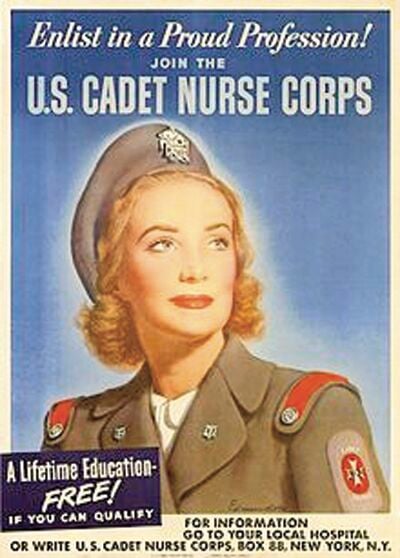 Sylvia (Lindholm) Maki found her life's work shortly after graduating from high school in 1943 in her hometown Grand Rapids, Michigan. The Makinen woman knew that she would study at Mercy Central School of Nursing. And that she would join the United States Cadet Nurse Corps, authorized by Congress in 1943 and signed into law by President Franklin Delano Roosevelt.

At the same time a young woman from Iowa named Kathleen Crawford, later Kathleen Knox, had graduated from Mercy Hospital School of Nursing in Des Moines, Iowa, and she joined the Cadet Nurse Corps.

Maki and Knox would spend decades working in the profession they loved — and both would work at the White Community Hospital (now Essentia Health-Northern Pines) in Aurora.

Maki told the Mesabi Tribune she is glad she joined the Cadet Nurse Corps. "It was a free education, room and board and uniforms. We had college courses in chemistry. We were in college and working at the same time." The Cadet Nurse Corps students worked in the hospitals so that registered nurses could join the military and serve in the war.

According to Wikipedia, the purpose was to help alleviate the nursing shortage that existed during World War II. The program was open to all women between the ages of 17 and 35 who were in good health and had graduated from an accredited high school. All state nursing schools in the U.S. were eligible to participate in the program. The schools were obligated to provide the students with the clinical experiences of medicine, surgery, pediatrics and obstetrics.

Maki would be involved in health care until she retired, first in Michigan where she worked through a polio epidemic with patients in iron lungs. She and her late husband Arthur Maki, a native of Hutter, would live in New Mexico while he worked in a gas refinery and Sylvia worked in health care. When they came back to the Range, she worked at the hospital in Virginia, then the Eveleth Fitzgerald Hospital. "They needed somebody who could run an OB (obstetrics) department," and Maki was the one.

Maki's next job was at White Community in Aurora. She became the director of nursing, working there until retirement. In the Cadet Nurse Corps "you had to promise to work one year in nursing," she said. Maki thinks she made it. "I wanted to go to work every day. I'm a people person." Maki turns 95 on Monday, Nov. 16.

Maki especially liked working in the emergency room and with births. "It's so beautiful to see a baby born, hear that first cry. God is so good." And she recalls what a nun said, that every person is a child of God and should be treated as such.

As for Knox, upon moving to Minnesota in the 1950s, she and her late husband Allen "Bud" Knox settled in Hoyt Lakes. Earlier she had worked at Lutheran Hospital in Fort Dodge, Iowa, as a charge nurse on the medical/surgical unit, her daughter Kay Knox Greenlee of St. Cloud told the Mesabi Tribune. Greenlee became a health care worker like her mother — she is a registered nurse at the St. Cloud Hospital.

Kathleen Crawford had joined the Cadet Nurse Corps because her brothers had gone off to fight in World War II. "She never looked back... it was, what more can I do for my profession," Greenlee said. "When my youngest brother went to kindergarten, she got a job at White Community Hospital. There the nurses did everything — deliveries, emergency, medical/surgery, nursing home — that's what she did until she retired."

Knox, 93, has been a resident of the Chris Jensen Health & Rehabilitation Center in Duluth since she had a stroke some years back. Greenlee said her mother "always put us children before her patients, but they were a close second. Her dedication to do everything she could do for them to help the quality of life they desired to live — a wise, wonderful woman."