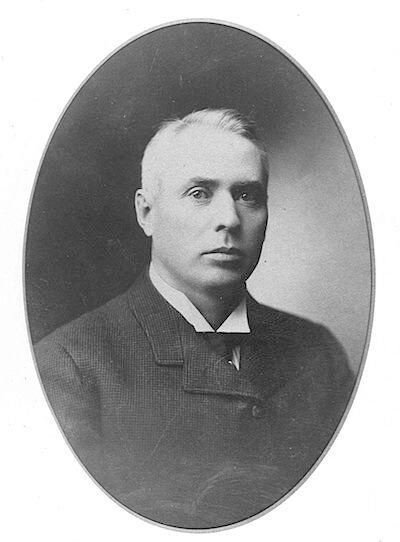 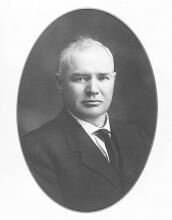 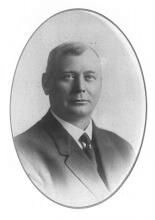 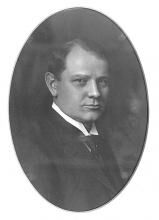 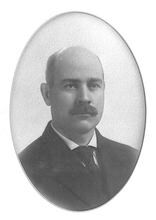 In the late 1940s, my maternal grandfather, a widower, bought a cabin on Swan Lake south of Nashwauk. It soon became his year-round home, having sold the long-time family home in Keewatin. After his death, one of my uncles took over the cabin. All of my growing-up years, at least once a week, our family headed to the lake, next to the little town of Pengilly, to spend time at the family cabin.

Driving along Highway 169 we would pass by the town of Cooley. Nearby, the Butler Taconite plant was growing.

I wasn’t living here on the Range in the sad years of the 1980s when so many mines were in severe trouble and the Butler plant was closed and dismantled. But I knew it was happening. Little Cooley, beloved hometown of many people, would also disappear. Just a few Lombardy poplar trees still stand above the highway today, a reminder of those homes.

I will write about the town of Cooley in more depth one of these weeks. Today, we will take a look at the Butlers, the brothers and their sons, whose name was so recognizable on the western end of the Mesabi Range for so many years.

I learned most of the following information primarily from the magazine entitled “The Butler Miner.” Mining companies often produced such magazines for their employees. Stories would cover local events employees and their families enjoyed, safety records at the mine, introduction to new employees, and anniversaries of all sorts. The issue used for this article was published in May 1944 and highlighted the Golden 50th Anniversary of Butler Construction Company, which would play an important role in Minnesota iron mining.

In 1848, an ambitious young Irishman named Patrick Butler sailed to America. He had persevered against many odds, earning a degree in civil engineering at Trinity College in Dublin, the first in his family to attend college. Also sailing to America from Dublin, Ireland, that year was an adventurous Irish family, the Gaffneys, including their teen-age daughter Mary Ann.

These two young Irish immigrants met each other in Galena, Illinois, and married in 1855.

They headed to southern Minnesota, not yet a state, where Patrick could put his degree in civil engineering to work as a subcontractor for the new railroad lines being built across the prairie near Northfield. The couple soon bought land just being made available for farming in the township called Lakeville. They began farming and raising their large family there.

Since there were not yet any schools near their farm, Patrick taught his children himself for several years. He instilled in them the desire to do great things in America. Later, out of the eight children (six boys and two girls) Catherine, Walter, Isabelle, John, and Pierce would attend Carleton College in Northfield.

Pierce went on to become a lawyer. He served as County Attorney for Ramsey County, as a private attorney with a nationwide reputation, and in 1923 he was appointed to the United States Supreme Court. In Saint Paul, a major thoroughfare is named the Pierce Butler Route.

In 1880, Walter became the first of the sons to enter the construction business as a bricklayer. The Twin Cities were growing rapidly with plenty of work for the industrious, and soon William, then Cooley, followed their brother. (Yes, Cooley Butler! Now you know where the town’s name comes from!) John and then Emmett joined their brothers as well.

The five brothers organized themselves into a bricklaying business partnership. As subcontractors, they learned from other contractors while their own their hardworking reputation spread. They tried new methods and invented new equipment. By working together they made a combination hard to surpass. For instance, Cooley being left-handed was an excellent bricklaying partner on the scaffold.

They learned how to do many different aspects of construction. Whatever they turned their hand to, they figured out ways to improve the current methods or plans. Among their construction jobs were the Federal Building (now known as the Landmark Center), Macalester College’s Administration Building, and the Minnesota State Capitol, all in St. Paul.

Contract followed contract, hospitals and office buildings. Their ingenuity for working out problems with designers and other contractors soon led them to being offered work in Duluth, then Superior and Ashland, Wisconsin, then cities in Michigan, Iowa, North Dakota, and New York.

Many railroad bridges were needed for the burgeoning iron ore industry in Michigan and Wisconsin, and they built those, too. As the first decades of the 20th Century rolled along, Walter’s sons joined the company. By this point, the Butlers became more interested in developing iron ore properties, and their activities in the construction field waned. By 1923 they had become miners.

Their interest in mining began with the railroad bridges. But that interest developed quickly when, in 1902, John Butler began heavy equipment work opening the land for the Leetonia and Cyprus Mines west of Hibbing. To open these mines, lying adjacent to each other, John had two new 65-ton railroad type shovels, one standard gauge locomotive, three narrow gauge dinkies, and thirty small dump cars. These dump cars rolled on twenty-inch wheels and carried one two and one-half cubic yards of material. The seven-ton saddle back dinkies carried fuel in their wooden cabs.

John wanted to do away with using the narrow gauge rolling stock, being a firm believer in the use of the standard gauge railroad equipment. He began upgrading and by the second year of operation he purchased the biggest shovel to be seen at that time on the Iron Range, a 75-ton Bucyrus. By 1904, both mines were using all standard gauge equipment.

The La Rue, an underground mine near Nashwauk, was scheduled to become an open pit mine and Butler Brothers were hired for the job. It was 1908 when Butler Brothers moved into the area that would become their headquarters for the next several decades.

Emmett Butler came north to become the supervisor at the Sliver Mine near Virginia. Now the Butlers had four mines to oversee. They lived in the nearby mining location towns and traveled over the early roads with horses and buggy, since the roads were too rough for the automobiles of that time.

As the stripping work at one mine would end, they moved their equipment was to a new mine. The Butlers’ reputations grew as very efficient contractors for stripping land in preparation for a new mine, and soon they opened mines in the Upper Peninsula of Michigan, too.

It was Cooley Butler who took charge over the mine work in the Nashwauk area. By 1913, Butler Brothers took out their first leases on three mines in the Nashwauk area, including the Quinn, Harrison, and the North Harrison mines. They were now mine operators, only doing a limited number of stripping projects to open mines, including the Mahnomen Mine on the Cuyuna Range.

Experimentation and ingenuity continued as a trait of Butler operations. The transformation in the pits from trains to larger and larger haul trucks, the innovation of pit screening plants, conveyor belts, and other changes in mining all reflected the desire of the Butlers to be efficient and smart in their operations.

Their mining operations shipped as estimated 50 million tons of iron ore concentrate worth an estimated 125 million dollars from its founding until its sale in 1948 to the M.A. Hanna Company.

So the Butlers were no longer iron mine owners when the massive taconite plants were built on the Iron Range. But their name lives on whenever the history of iron mining is discussed.

Cooley Butler eventually moved to California where he was involved with gold mining. When he died at age 97 in 1965, he was the last surviving brother of the six sons of Patrick and Mary Ann.