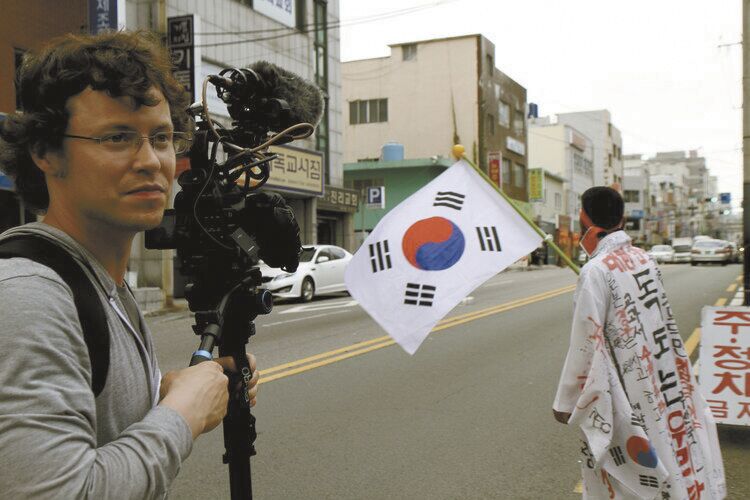 Filmmaker Matthew Koshmrl is pictured filming Land of My Father, a feature film about Dokdo, a disputed island territory between Korea and Japan. 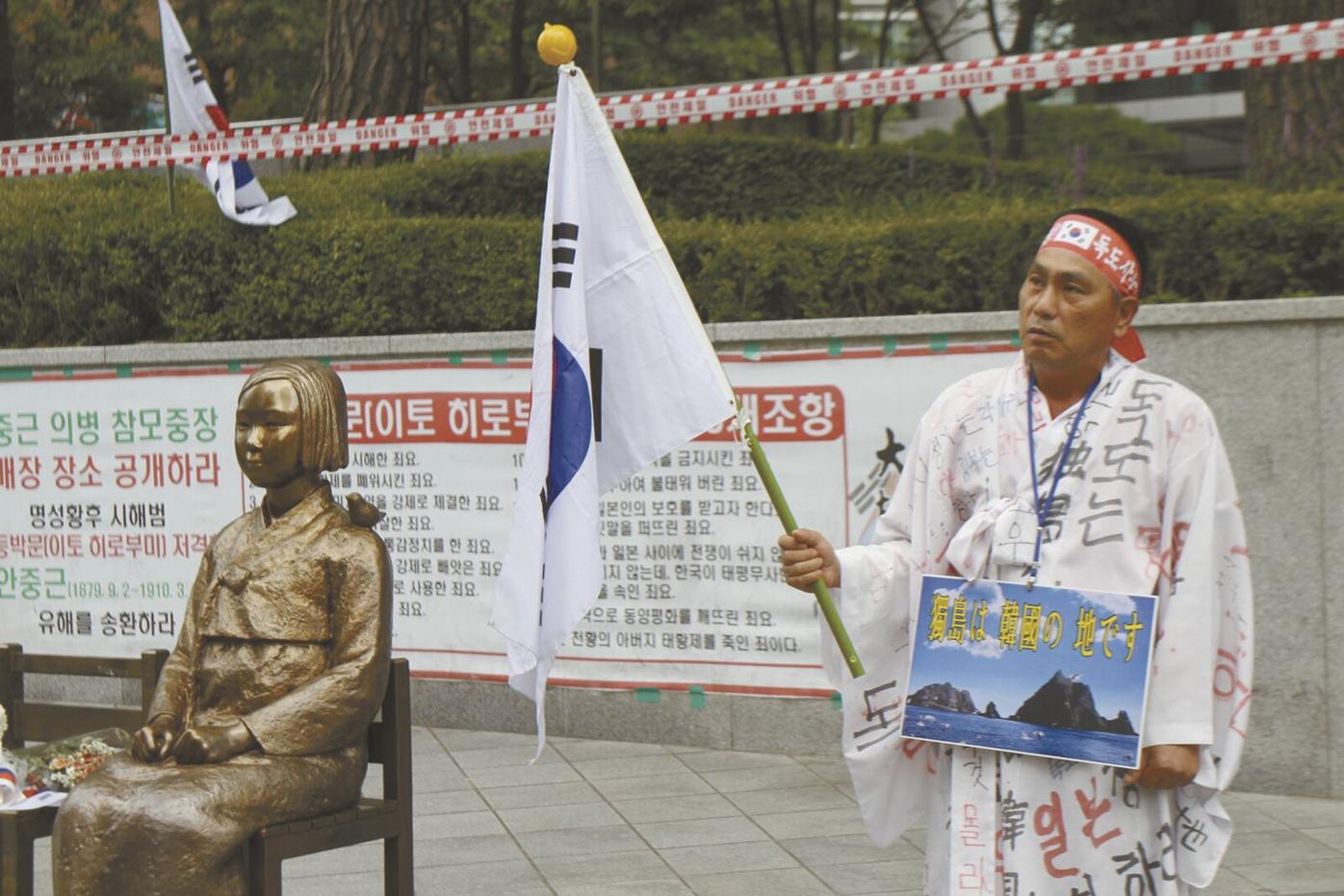 No Byeon-Man, a Korean farmer, is pictured in a documentary film by Iron Range filmmaker Matthew Koshmrl.

Filmmaker Matthew Koshmrl is pictured filming Land of My Father, a feature film about Dokdo, a disputed island territory between Korea and Japan.

No Byeon-Man, a Korean farmer, is pictured in a documentary film by Iron Range filmmaker Matthew Koshmrl.

CHISHOLM — A local filmmaker recently experienced the thrill of his first full-length feature film being shown to a live audience.

A feature film by Koshmrl entitled, “Land of My Father,” was shown at the Zeitgeist Zinema 2 on Superior Street during the festival. Koshmrl didn’t enter his film for competition, due to his position as co-director of the festival, but that didn’t dampen his excitement of seeing it play before a live audience.

“I had my film screened and released in South Korea in 2020, and because of the pandemic I didn’t get to see it play before a live audience,” Koshmrl said.

Prior to the showing in Duluth, “Land of My Father” was shown at various virtual film festivals in the United States and beyond and was first shown before a live audience at a festival in Croatia.

“I wasn’t able to attend because of the quarantine,” Koshmrl said of the Croatian festival.

To his credit, Koshmrl has been the cinematographer on documentary films that have played at various film festivals internationally, and in 2016, he received the Antarctic Service Medal from the U.S. Congress when he was commissioned by the National Science Foundation to travel to the Antarctic Peninsula to make a documentary about paleontological expeditions.

He also has a film playing at the Carnegie Museum of Natural History about dinosaurs of Antarctica.

A film Koshmrl made in Chisholm entitled, “Origins,” was recently nominated for an Emmy Award.

The theme of “Land of My Father,” Koshmrl’s first full-length feature documentary, is unresolved trauma from the Japanese occupation of Korea, and is a story about two individuals who take on the establishment in attempts to change accepted historical narratives, as described on the film’s website.

Koshrml provided a glimpse into the film he started in 2014, about the island territory of Dokdo, disputed between Japan and Korea from about 1912-World War II.

Using a technique called Cinema Narrative, Koshrml said he followed two subjects, a Korean farmer named Noh Byeon-Man, now about 50, who was in his 20s when he learned his father was taken by the Japanese government and enslaved in a coal mine, and Choi Gyteong-Suk, a woman fighting to preserve her family’s heritage, after the Korean government mysteriously erased their history of being pioneering residents.

During the course of the film, Koshmrl follows Noh as he protests at Japan’s National Assembly in Tokyo, and demands the government stop their claim over the island, and correct textbooks that he said ignore sexual slavery and slavery.

“He found it insulting that they claim this island, and don’t teach their people their histories,” Koshmrl said.

Using Cinema Narrative, a technique Koshmrl said was once popular in the 50s and 60s, he followed Man in real time at protests, without adding any narration.

“I’m not a part of this film, there’s no narration whatsoever. I capture it in the moment,” Koshmrl said. “It’s more challenging than a narrative film, because you can’t get precise answers.”

Of the estimated 400 hours of footage, the final product ended up at 76 minutes after about four years of editing.

Koshmrl learned earlier this week that Land of My Father is also set to be shown at the Twin Cities Film Festival next month.

More information on the making of Land of My Father is available at landofmyfather.com.

Koshmrl has taught a screen writing course at Minnesota Discovery Center for the past couple of years, and is looking forward to offering an editing and screenwriting course sometime this fall — tentatively mid-October — at both MDC and the Zeitgeist Center for the Arts in Duluth.

Through partnerships with MDC and the Zeitgeist Center for the Arts, Koshmrl said he wants to expand storytelling through film in the region by eliminating barriers associated with the cost of filmmaking.

“The barriers are incredible if you can’t afford very expensive equipment,” Koshmrl said.

The filmmaking classes at MDC offer people the ability to practice and learn about filmmaking, he noted.

“We live in an underrepresented region,” Koshmrl said. “There’s some important stories from the Iron Range.”

More information on the filmmaking classes at MDC are available at: https://www.mndiscoverycenter.com/events.