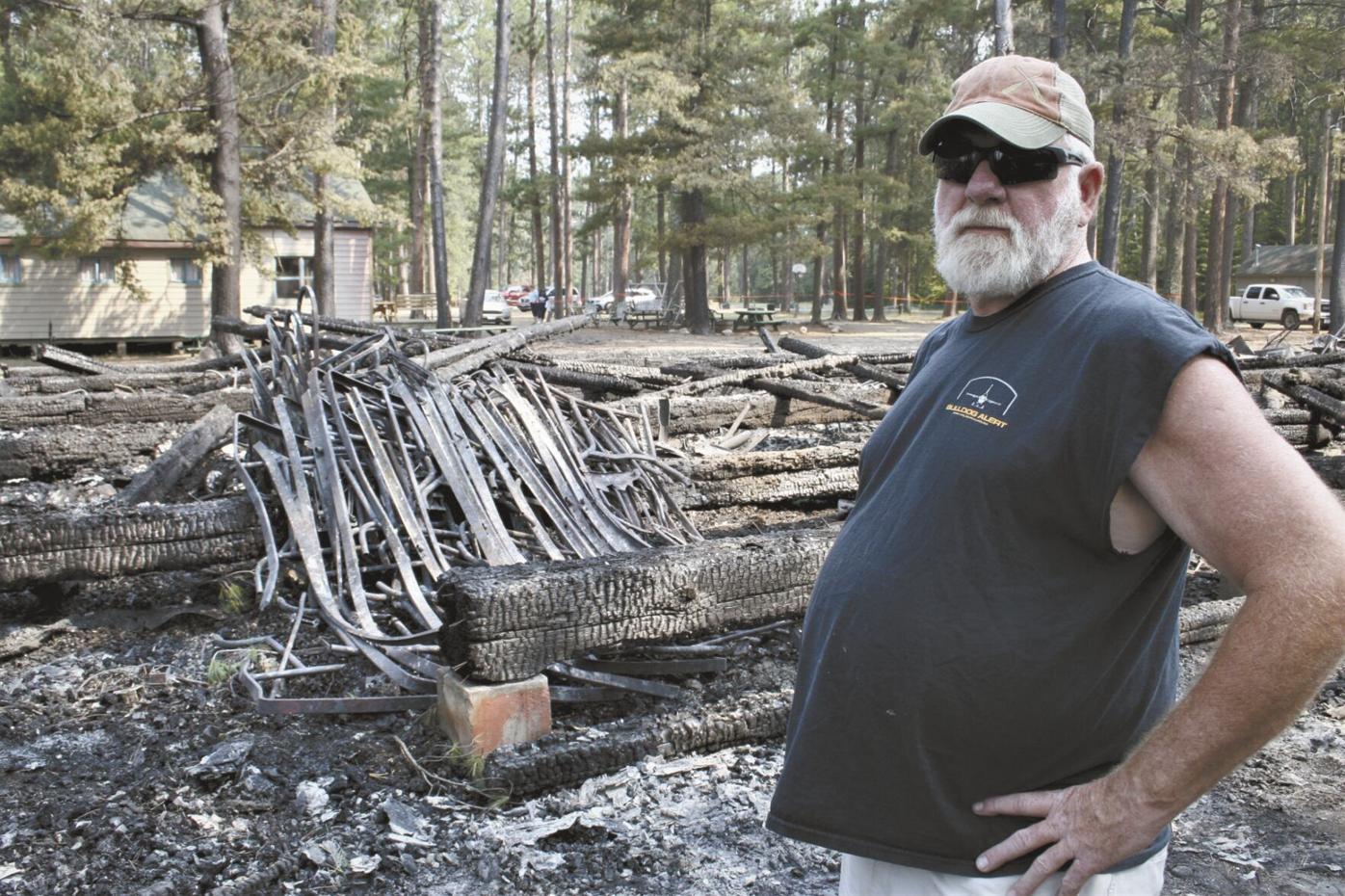 Mike Layman, Camp Sigel caretaker and board member, stands at the remains of the camp's main lodge. Board members say the lodge will be rebuilt. 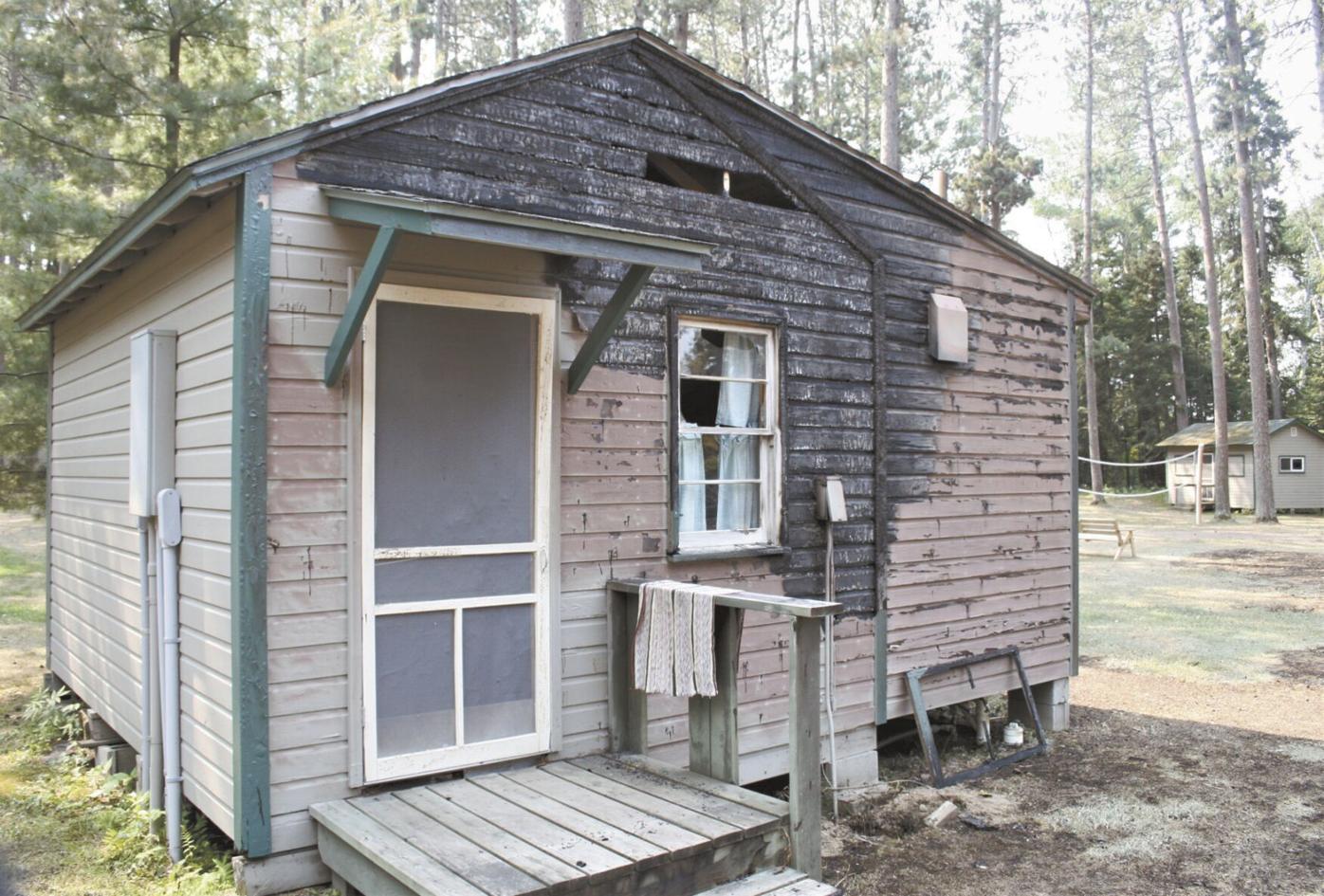 A cabin for camp cooks nearby the main lodge at Camp Sigel incurred damage from the intensity of the July 16 fire. 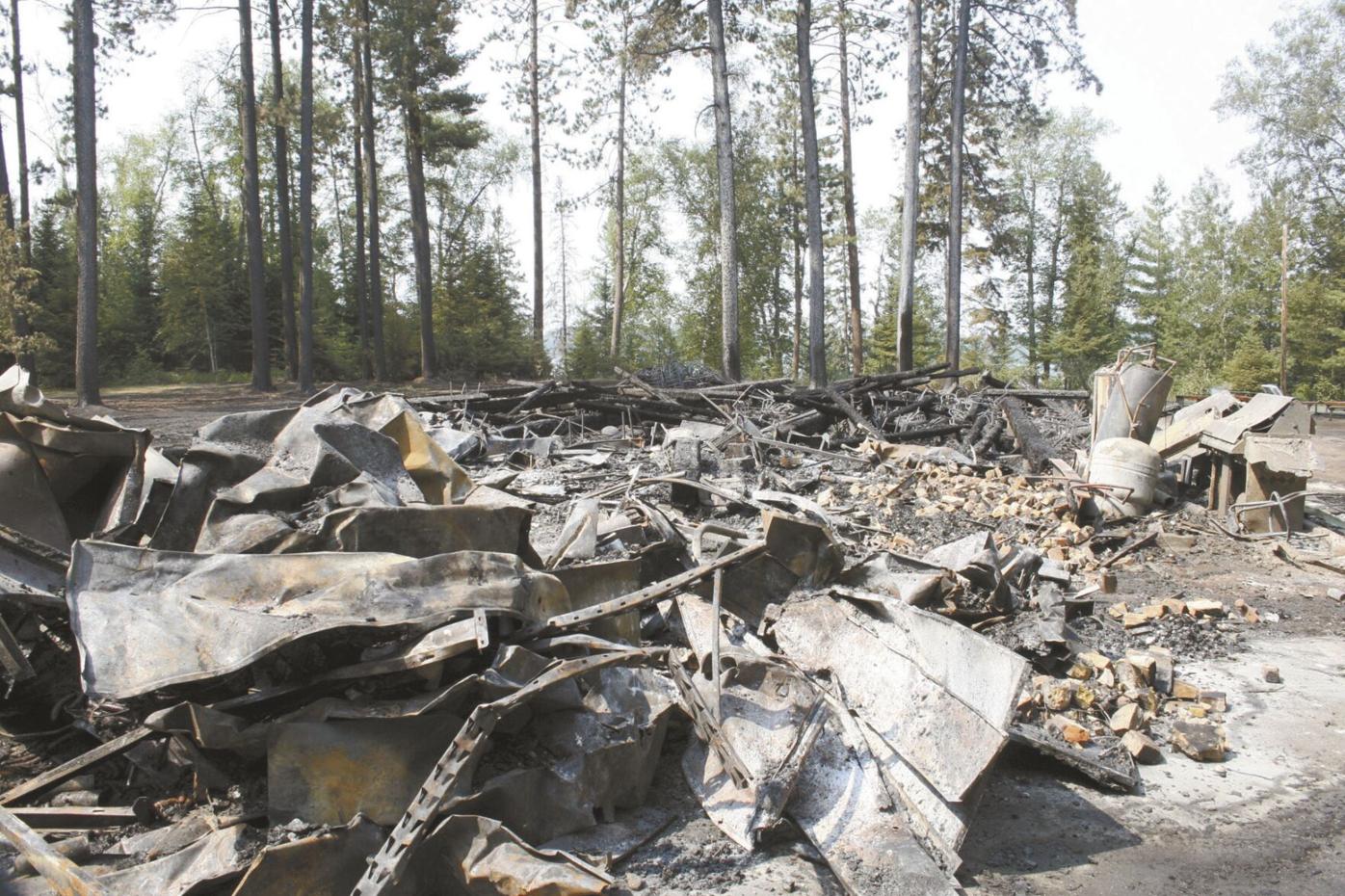 Mike Layman, Camp Sigel caretaker and board member, stands at the remains of the camp's main lodge. Board members say the lodge will be rebuilt.

A cabin for camp cooks nearby the main lodge at Camp Sigel incurred damage from the intensity of the July 16 fire.

Less than 24 hours after flames were extinguished at Camp Sigel's main lodge, a young boy and his father pulled into the camp and emerged from their vehicle.

“We have something we'd like to give you,” the young boy said, handing a $50 bill to one of the camp's board members. “We're from Story Book Lodge (a nearby camp),” the father said.

Aid is arriving from near and far to help rebuild after the historic lodge was consumed in a July 16 fire at the Bible camp south of Biwabik.

For 101 years, the log lodge was the centerpiece of the camp whose mission is to teach the word of God to youth.

The lodge served as the camp's central gathering place for scriptural lessons, singing and dining.

“Every time I think about it, I think how lucky we were,” board member Pat Schmid of Embarrass said. “If those firemen weren't there, it would have all been gone. We are so blessed.”

The lodge is a total loss.

The camp's mission statement focuses on the spiritual welfare of the hundreds of youth who attend the camp each summer.

All three church bodies say the lodge will be rebuilt.

“So many people on the Range and even further than that have been touched by the camp,” Schmid said. “It will be put together with love again.”

However, expectations are that rebuilding may cost nearly $1 million.

With roughly half the summer remaining, several camps and other events remain on the camp schedule.

All three church groups say they plan to hold camps and events as scheduled.

Questions about how to feed campers and hold group meetings are still being ironed out by each church group.

“I had so many people come up to me at church today (Sunday) who are willing to help out with logistics,” Kunnari said. “Our plans right now are to set up a big tent at camp and bring in food.”

A week-long Heritage Trail Bible Church camp for upper grade teenagers was being held at the camp prior to the blaze.

Ninety teenagers, along with camp staff, were in the lodge at 9 a.m. as the camp dismissed. The last staff member left camp at about 10:45 a.m.

The 40-acre camp stands among hundreds of stately pine trees.

With tinder dry conditions, initial fears by the church groups were that the fire could spread into the trees and decimate the entire camp.

However, without a wind and thanks to firefighters, the rest of the camp was untouched.

“The Lord had it happen when there was zero wind, so that was huge,” Kunnari said. “I'm just really confident the Lord's will, will be done. He's got a purpose in this. He's got something better for us.”

A State Fire Marshal who inspected the charred remains said a cause for the fire is unable to be determined, Kunnari said.

“What's interesting is what the Lord provided here,” Mike Layman, camp caretaker and board member said. “That building burnt straight up. If it had been windy and those trees caught fire, who knows. As dry as it was, who knows where it would have stopped?”

In addition to use by the three church bodies, the camp is rented out for family events, weddings, and other celebrations.

The camp is named after George E. Sigel.

Sigel was born in Duluth, but lived with family in Virginia for many years.

Sigel was a member of the first Virginia Boy Scout Troop and an enlistee in the U. S. Army Engineering Corps.

Sigel was shipped out to France during the winter of 1919 with the 126th Engineer Battalion, Company B along with seven other young men from the area.

But in February 1919, Sigel contracted bronchitis in Brest, France, and never recovered.

However, his legacy didn't end there.

The seven fellow soldiers, along with Sigel's family, worked to fulfill Sigel's dream of developing a camp for young men.

With cash support from the Virginia business community and several youth organizations, 80 acres south of Biwabik along Highway 4 was acquired on June 3, 1920, for $2,000 from A.B. Shank. The Virginia High School senior class contributed $1,000 to the property acquisition. The camp board later donated 40 acres for construction of a neighboring St. Louis County 4-H Camp.

In the summer of 1920, Camp Sigel opened as a charitable non-profit to provide camping and outdoor facilities to promote the social, moral, spiritual, and physical well-being of young men.

Incorporated on Sept. 30, 1920, the camp opened to the Boy Scouts, YMCA, 4-H, area churches, and the American Sunday School Union.

The lodge building was originally part of the Virginia and Rainy Lake Lumber Co. in Virginia before being moved to the camp. The mill closed in October 1929.

Kunnari says the church groups will likely need to seek out an architectural firm to design a new lodge.

“The thought is we are going to have to have a lot of give and take, but the general feeling is we'd like to have a facility that can be used throughout the year,” Kunnari said.

That leaves all three church bodies looking up.

“Even though it was a loss, it provides an opportunity,” Layman said. “The building has been there almost 100 years, but the one we replace it with will be there another 100 years.”

Donations can also be made to the Camp George E. Sigel account at an Embarrass Vermillion Federal Credit Union.