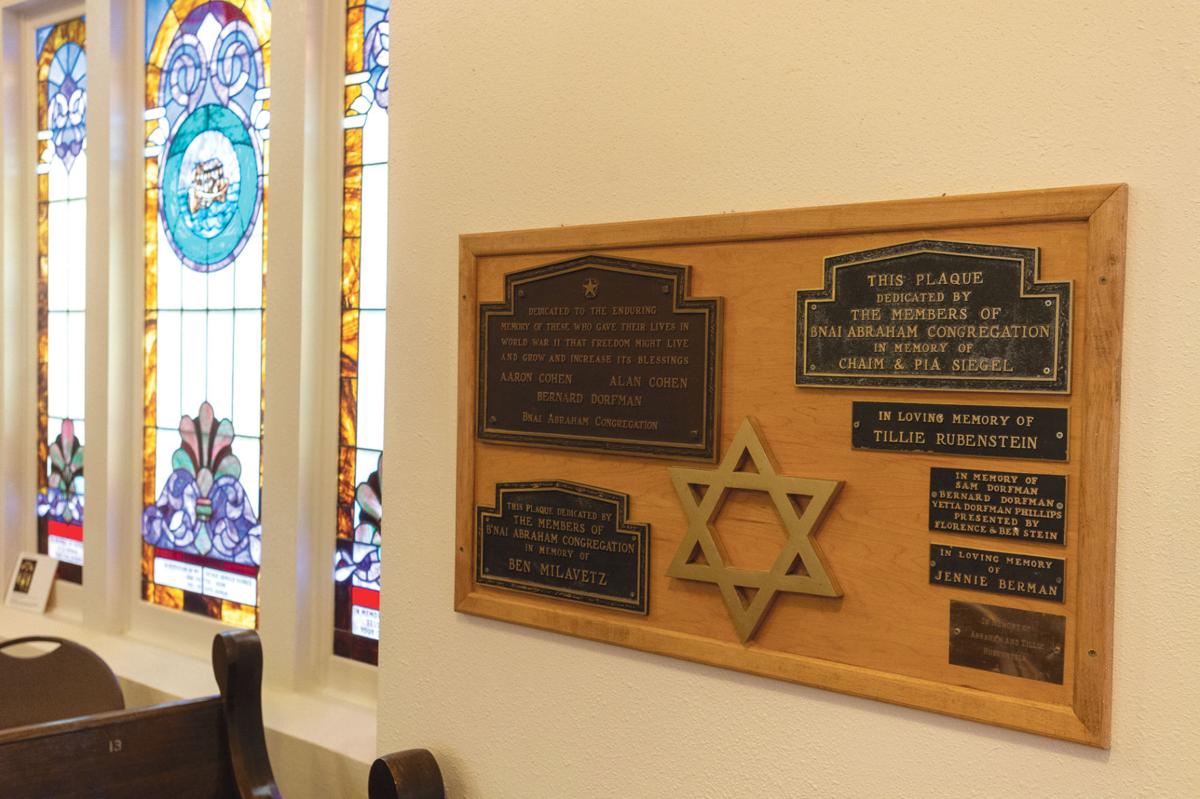 The restored B’nai Abraham Synagogue serves as a community center now but keeps alive the history of the original house of worship. 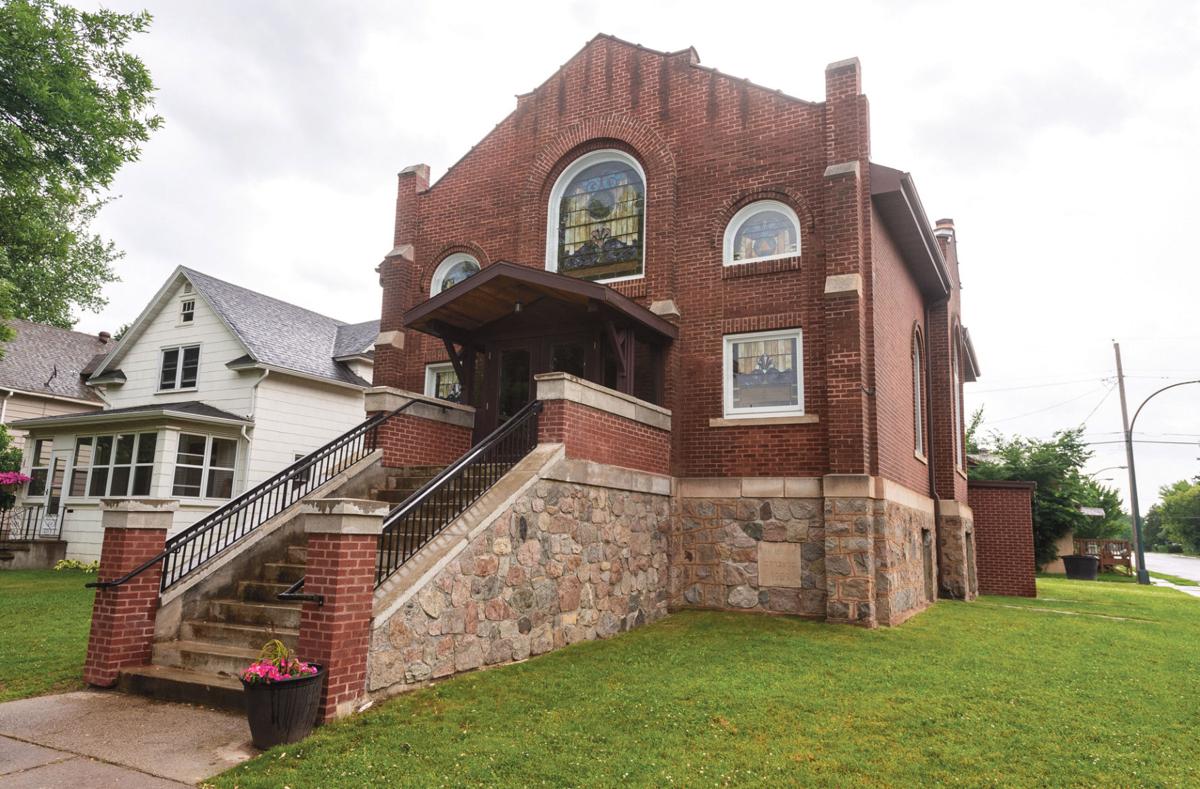 The B’nai Abraham Synagogue in Virginia was built in 1909.

The restored 110 year old B’nai Abraham Synagogue is used as a community center and concert hall now but still perserves the history and culture of the original house of worship.

VIRGINIA — City leaders took a step forward in taking over a piece of Virginia history on Monday morning as the city council began its week with a committee of the whole meeting at the B’nai Abraham Synagogue with representatives of the Friends of B’nai Abraham group.

The B’nai Abraham Synagogue in Virginia was built in 1909-10 and was an active synagogue, one of the four on the Iron Range, until the mid-1990s. In 2004, the building was acquired by The Friends of B’nai Abraham, a nonprofit organization.

But now, the group has largely relocated away from the Range, making its management all the more difficult.

“This group was started in 2004-2005,” said Marilyn Chiat, PhD, “and we are getting older and it is harder to coordinate when we all live in the Twin Cities.”

Chait, is the architectural historian for The Friends of B’nai Abraham and a past director of the Minnesota chapter of the National Conference of Christians and Jews. She was also an adjunct professor of near eastern and classical studies at the University of Minnesota main campus.

In 1997, Chait published a book “America’s Religious Architecture: Sacred places for every community.” In the section about Virginia’s B’nai Abraham she stated that there were a total of four synagogues in the area. The ones located in Hibbing and Eveleth were made from converted churches. The Chisholm synagogue, which was demolished, was a white framed building.

“Virginia’s structure is by far the finest of the four, and the most visible due to its corner site and its distinctive red brick Romanesque design,” Chait wrote. This section ended stating that the future of the building is unknown.

With the help of the city of Virginia, the future of B’nai Abraham is soon to be decided.

For logistical reasons, the friends group has been looking for another group to take over the building, which was restored and is now a museum and cultural center. It is on the National Register of Historic Places. No longer a place of worship, the building acts as a gathering space.

On hand Monday, along with Chiat, were Alan Milavetz, Marjorie and Charles Ostrov. Charles Ostrov’s family used to own a grocery store in Virginia.

“My family immigrated here because they were being persecuted in Lithuania,” he said beginning his story. One of his ancestors drove horse and buggy of Greyhound, his parents owned the grocery store and he was an optometrist.

“Dad was born in Biwabik in 1910,” he said of his father who ran a well-known grocery store. “I worked in that store off and on throughout college. Now, where the store once was, is a grass lot.”

His wife added, “We didn’t want that to happen to this building. We didn’t want the B’Nai Abraham to become a grass lot.” Now, Majorie is the president and Charles is the treasurer of the friends group.

Monday’s meeting was called for the city council to gather more information about acquiring the building.

The friends group completed renovations to the structure, bringing it up to current regulations. Annual operating expenses are about $5,700. Along with the structure, the new operators will get $50,000 for upkeep and maintenance of the building.

The space has historical and educational artifacts that will stay with the building, and can also be used for gatherings up to 130 people.

“As far as restrictions,” said Charles Ostrov, “because this was built by Jewish settlers for Jewish services, we ask that no other religious services occur here.” Chiat quickly added that with the restored Olcott Park Fountain, ceremonies could occur there with the reception held at B’nai Abraham.

It was also the hope of the group that the city would work out an agreement with the Virginia Historical Society.

“We thank you for this generous offer and coming up here to discuss at length this building,” said Virginia Mayor Larry Cuffe. “ We are very excited and with the council’s blessing, we would like to look into entering an agreement with all the recommendations that you stated. This will give the general public an opportunity to rent this space and the reminder, that when entering this building, of what this place was and is.”

Chiat pointed to the visibility of the building and explained that it showed the comfort and security the Jewish community felt in Virginia.

“Thank you for your investment in this building,” said Councilor Gary Friedlieb. “Thank you for this treasure being offered to our city.” Friedlieb mentioned that with the current political rhetoric and times in our country, that this building might help reverse some of those trends. “We look forward to using this for educating our community.”

Virginia Parks and Recreation Director Brian Silber asked if the city could live up to the expectations of the historical importance to the Jewish community. He also asked if other area historical societies had been approached with an offer to take over operations.

“They are not in the financial ability to take over,” Chiat said. “The city has a responsibility to take care of this building — especially because it is on the historical registry. “

It was agreed by the council that the city should and would care for the building. A motion was unanimously passed to allow city administration and legal counsel to begin moving forward with an agreement with the friends group.

The agreement will have to be officially approved at the next council meeting on Aug. 13.

To learn more information about the Friends of B’nai Abraham visit their website at www.ironrangejewishheritage.org.