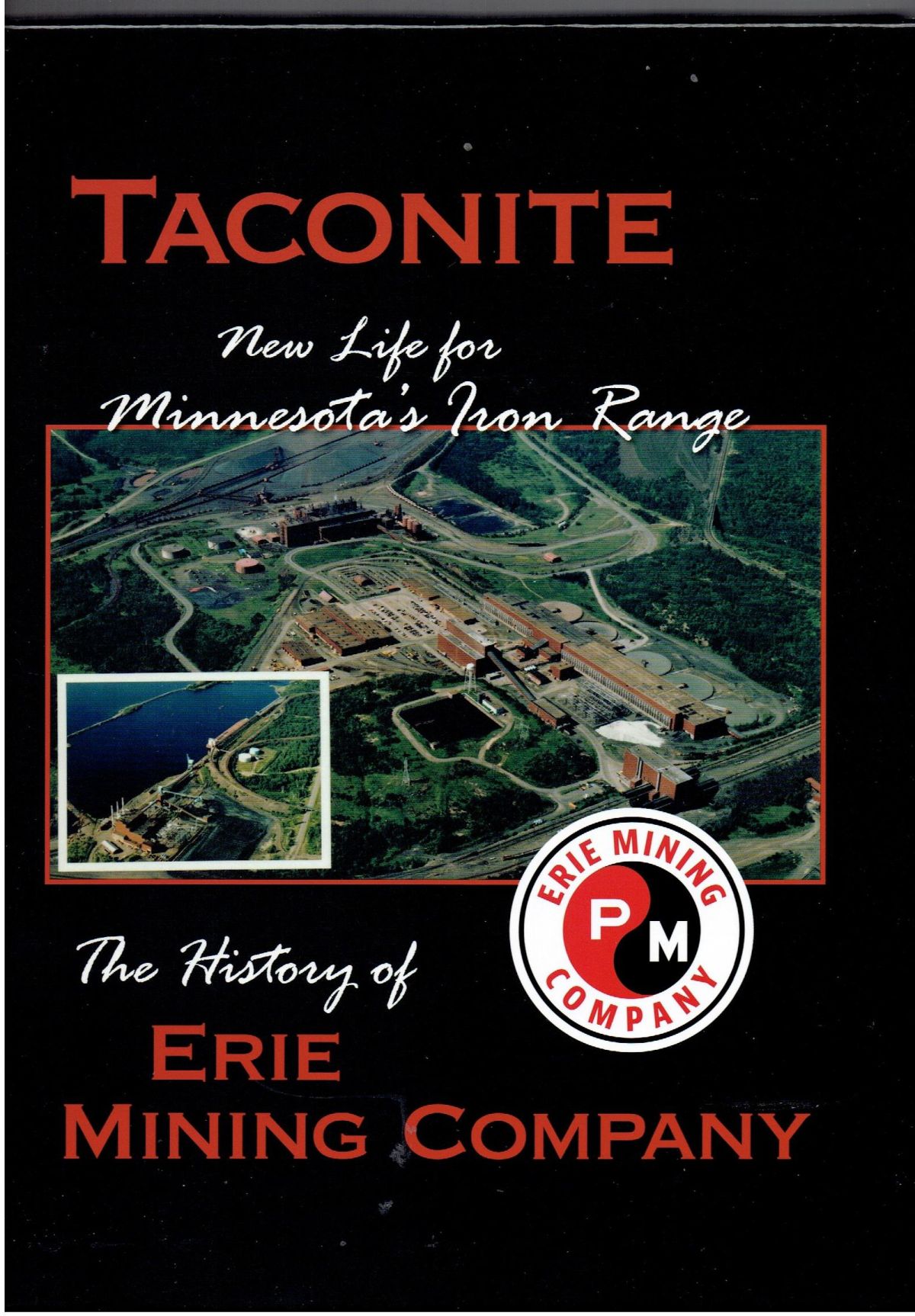 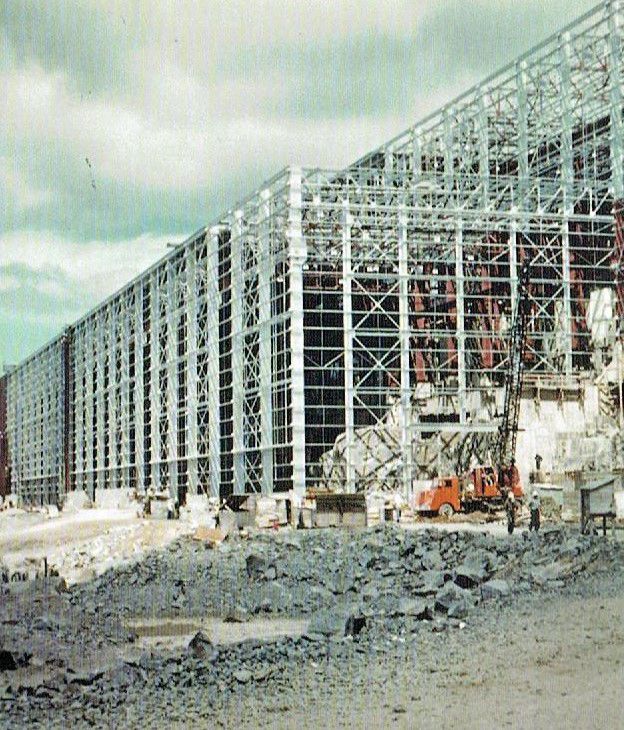 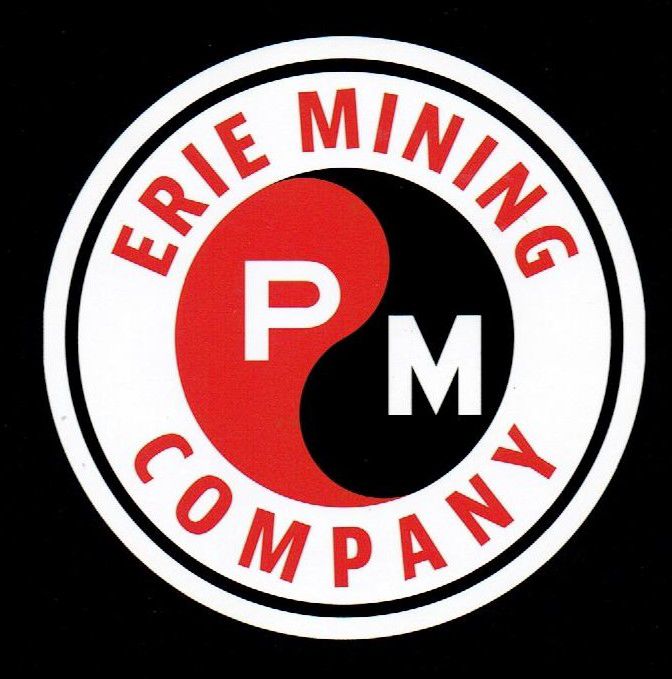 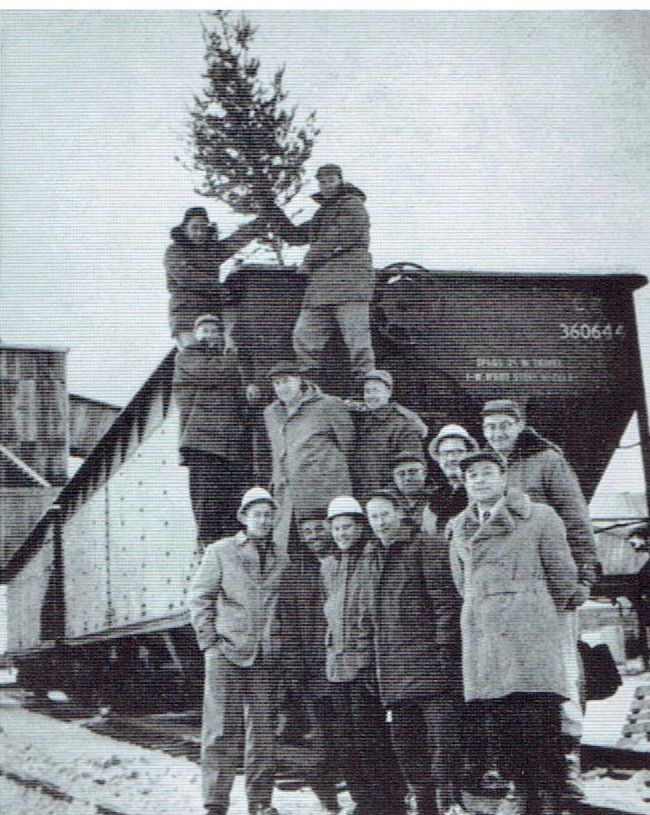 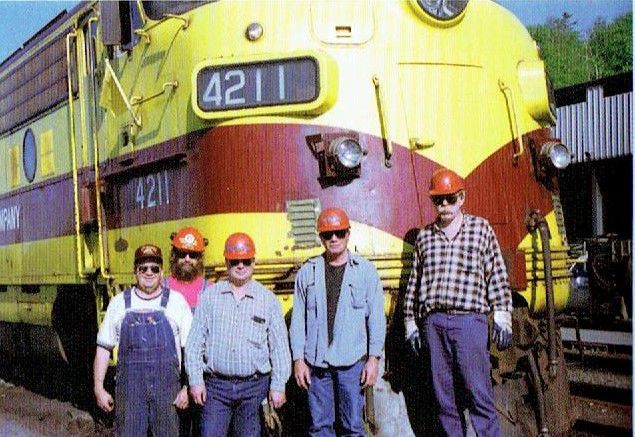 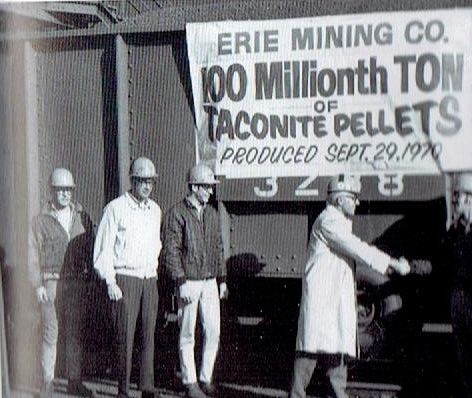 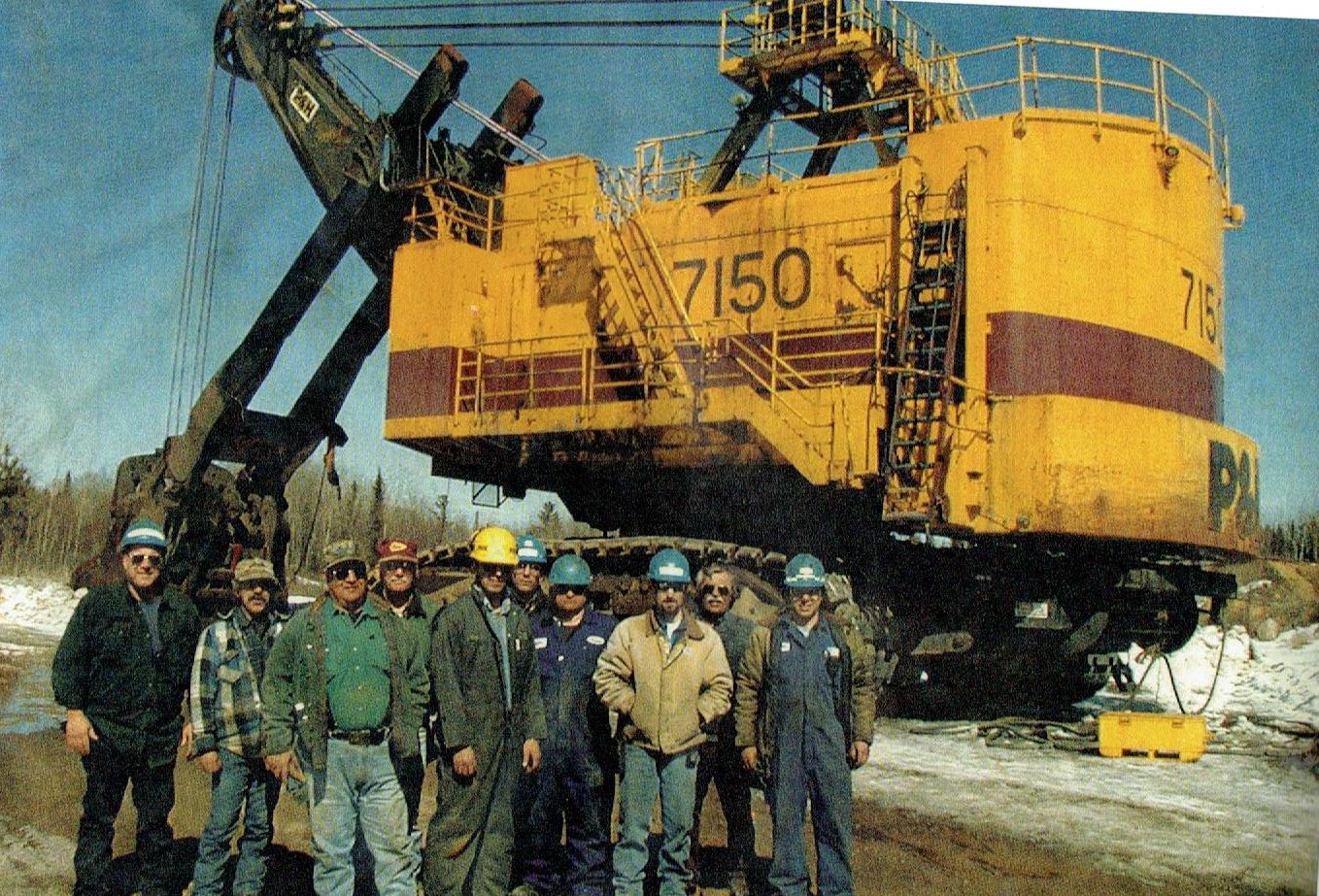 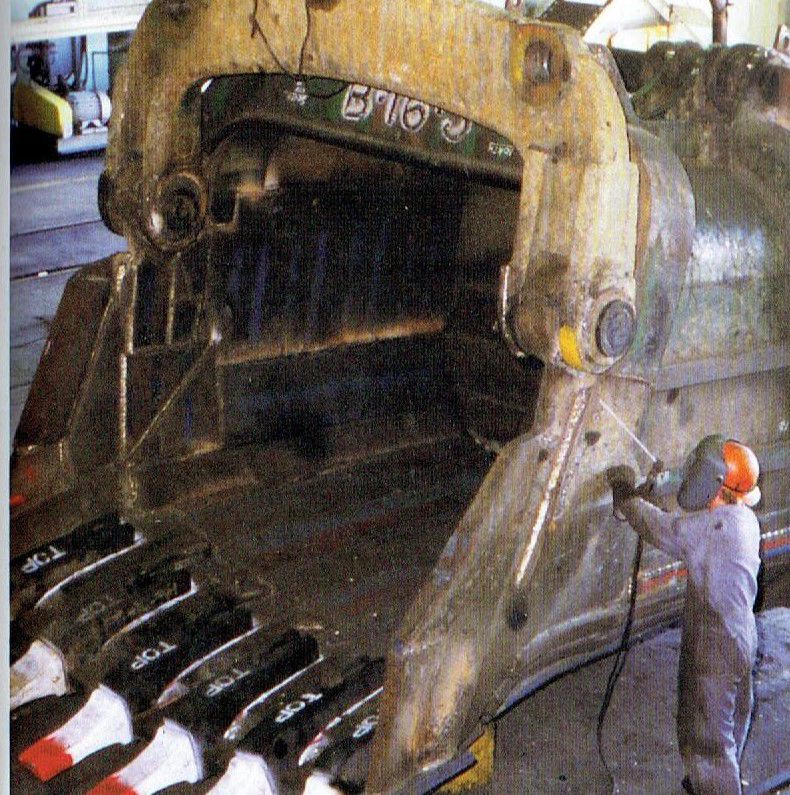 For this native of the Mesabi Iron Range, the book "Taconite: New Life for Minnesota's Iron Range - The History of Erie Mining Company" is a true gem. The people who put this project together after visiting at a Christmas party seven years ago are to be commended. They have preserved for posterity the impact made by Erie Mining Company on the Iron Range, and we thank you — Mike Sterk, Ron Hein, Jim Westbrook, Elroy Rafferty, Dan DeVaney, Doug Buell, Lynn Niemi, Tom Michels, Jim Scott, Tom Niemi and the late Ted Williams. For as Hein wrote in the book, "This story is intended to keep the memory of Erie Mining Company alive and to serve as an inspiration to you, the next generation of pioneers."

Historian Marvin Lamppa writes in the foreword to that the "ability to draw minute particles iron out of an ancient pre-Cambrian rock so lean in iron content that it can't be called ore and put the iron particles back together again in the form of rich iron pellets, equal, if not superior to natural ores used in the making of iron and steel, is one of the great human achievements of the 20th century."

That was taconite. Before taconite was hematite, found in 1890 at what would become the Mesabi Range's first mine, the Mountain Iron Mine. But as the hematite was being depleted, those with an eye to the future, Lamppa wrote, "recognized that the amount of ore produced by every iron ore mine that had ever existed in America was but a small fraction of all the iron locked up in the vast taconite deposits of the Mesabi Range."

In 1947 Pickands Mather announced that Erie would build a demonstration plant to make taconite ore into pellets — three tons of taconite to make one ton of pellets and two tons of tailings. And the plant would be massive.

Erie opened in 1957. The total cost seemed astronomical — $300 million — and it would take four years. The mine and plant near Aurora and the new town called Hoyt Lakes, named for a mining engineer named Elton Hoyt II, used 50,000 pounds of structural steel, 370,000 cubic yards of concrete, 122 miles of railroad track between Erie and the North Shore, the excavation of 5.3 million cubic yards of soil at the plant site, 55,000 cubic yards for the power plant, and a million cubic yards at what would become Taconite Harbor on Lake Superior and 2.9 million for Erie's own railroad. Plus workers had to blast a 1,860-foot tunnel through rock. And at Erie's peak, the number of workers was more than 6,000. Erie reached a production milestone in 1970 — 1967 to 1976 were good years.

Here are words from some of those employees as contained in the book:

— South Dakota native Ray Schaefbauer of rural Gilbert (he died in 2016) worked for Foley Construction as a laborer building the railroad 73 miles to Taconite Harbor.

— Major maintenance general shops for car, machine, locomotive, small tool, electric, blacksmith, weld, sheet metal. "We did all of our own repairing," said Geralfd "Curly" Rollins, maintenance supervisor. The rebuild shop rebuilt engines and maintained everything from pickups to forklifts to railroad cars to sedans. "At one time there were 300 pickups to maintain."

— For Roger Hull, there was no question about the secret to Erie's success for nearly a half century of operations. "The people were what made it work. I had 600 people in ore dressing at one time, in addition to 96 supervisors... They were good people."

— Jim Kozar, longtime president of Steelworkers Local Union 4108, fought hard and successfully to represent his members. There were major strikes in 1959 and 1977. USWA vice president David Ebnet represented the Steelworkers on a trip to England on safety issues. And Ed Casey, union contracting out chairman, said, "We didn't want anything contracted out because we had the men here that were qualified to perform any duties the company wanted them to do. What made us unique was our General Shops. We could build anything, we could make anything, we could repair anything. Of course the company didn't agree with that. Our position was somebody's got to do it, and we wanted a steelworker to do it."

— Art Lee "remembers getting off the school bus and finding my way home" in Evergreen Trailer Park near Aurora started in 1954 for all the construction workers who came to the Range to build Erie. There were a thousand trailers, and the community had a cafeteria, church, stores, post office, police station and four 200-man dormitories. At one time there were 6,000 workers.

— Hoyt Lakes was a "significant step in creating a strong sense of community and shared experiences among the people of Erie." The model community was to have 1,200 houses. Carol Weiberg, who lived in railroad community Allen Junction, said, "I saw loggers coming in cutting down all the trees... I remember my dad saying, 'There's going to be a town here.' They were putting them up so fast, two or three houses built, the next day five or six." There was no telephone service, paved streets or stores, leaving the residents feeling like real pioneers, "mudders," they called themselves. Ed Casey, who had come from Little Falls, Minn., with his wife Judy, said the residents of established communities called the newcomers packsackers. "They accepted you after 25 years; you were not a packsacker anymore." The Hoyt Lakes post office was so small only three people could fit at one time.

Then in 1982 things began to change for Erie. Production fell for the first time since 1958, and Erie's workforce dropped by 1,000. Then would come LTV Steel in 1984, and two years later it would file for bankruptcy. And on May 24, 2000, LTV Steel announced its decision to close Erie after 43 years of operation. The president of LTV Roger Hipple said, "Operations have reached the end of their economic life and are faced with poor quality ore and pellets, high costs, and a need for significant recapitalization." To replace Erie's furnaces would "cost upwards of $500 million. Continued development of Erie's ore body requires the most stripping per ton of ore of any mine on the Mesabi Range... and the availability of better quality and lower cost North American pellets resulted in the decidsion to close."

It was indeed a life-changing event. Eugene Saumer remembered, "I was standing in the north end of the concentrator and you look at these huge buildings, all the mechanical things, all of what's going on there, and thinking they can't shut this down... and it just didn't seem right. It doesn't seem like it could be, but there were tears in my eyes..."

Area manager Mike Sterk said, "The hardest thing to do was to go out and talk to the people and tell them that their job was going to end in a year, some sooner. I did that with all the crews, and that was difficult because you've fought and worked and sweated with these folks for years and you cared about them."

And employee Corinne "Petey" Eden said in the book, "It seemed unreal... Sad watching some that had been there thirty years, wondering what they were going to do because they're too young to retire... wanting to run to every building so I could make sure I said goodbye... not knowing when I'd see them again..."