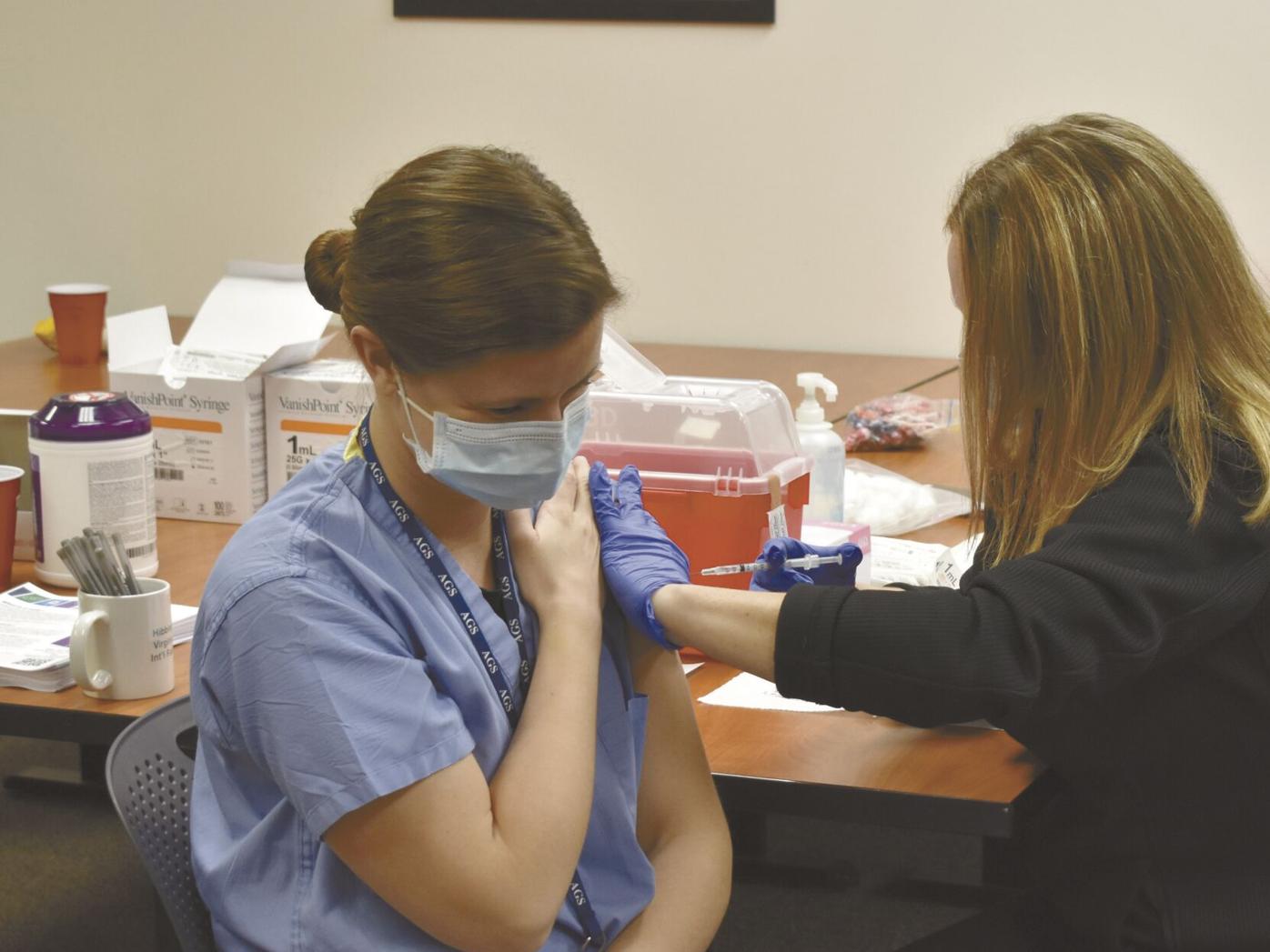 Dr. Kasey Kapella, a family practice physician on the frontlines at Fairview Mesaba Clinic in Hibbing, was the first staff member at Fairview Range to receive her first dose of the coronavirus vaccine. Fairview Range began immunizing its staff on Monday, Dec. 21. 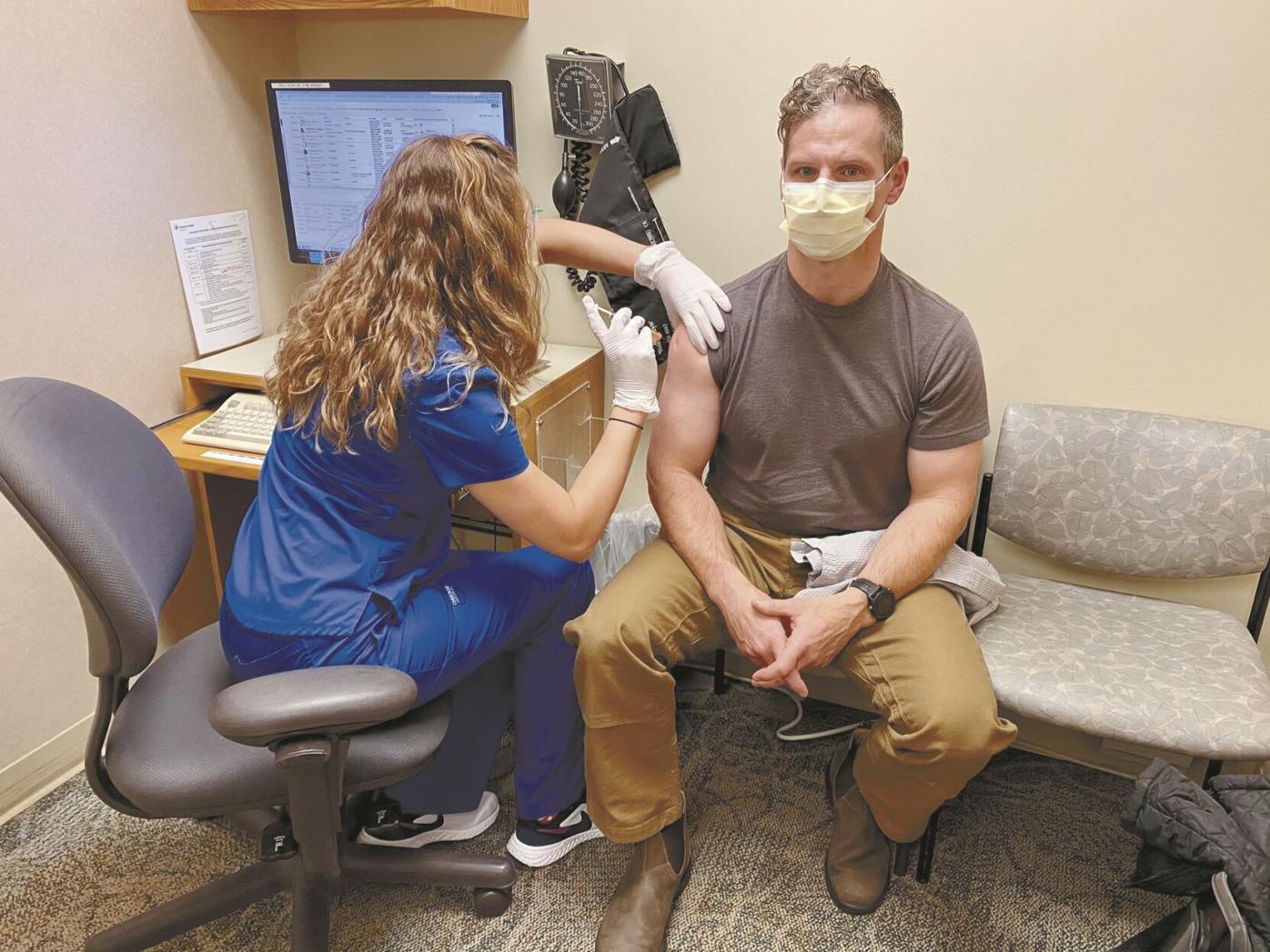 Dr. Steve Pitschka receives the Pfzier-BioNTech COVID-19 vaccine from nurse Casey Sharp on Monday at Essentia Health-Deer River. Pitschka was the first to receive the vaccine at the hospital. 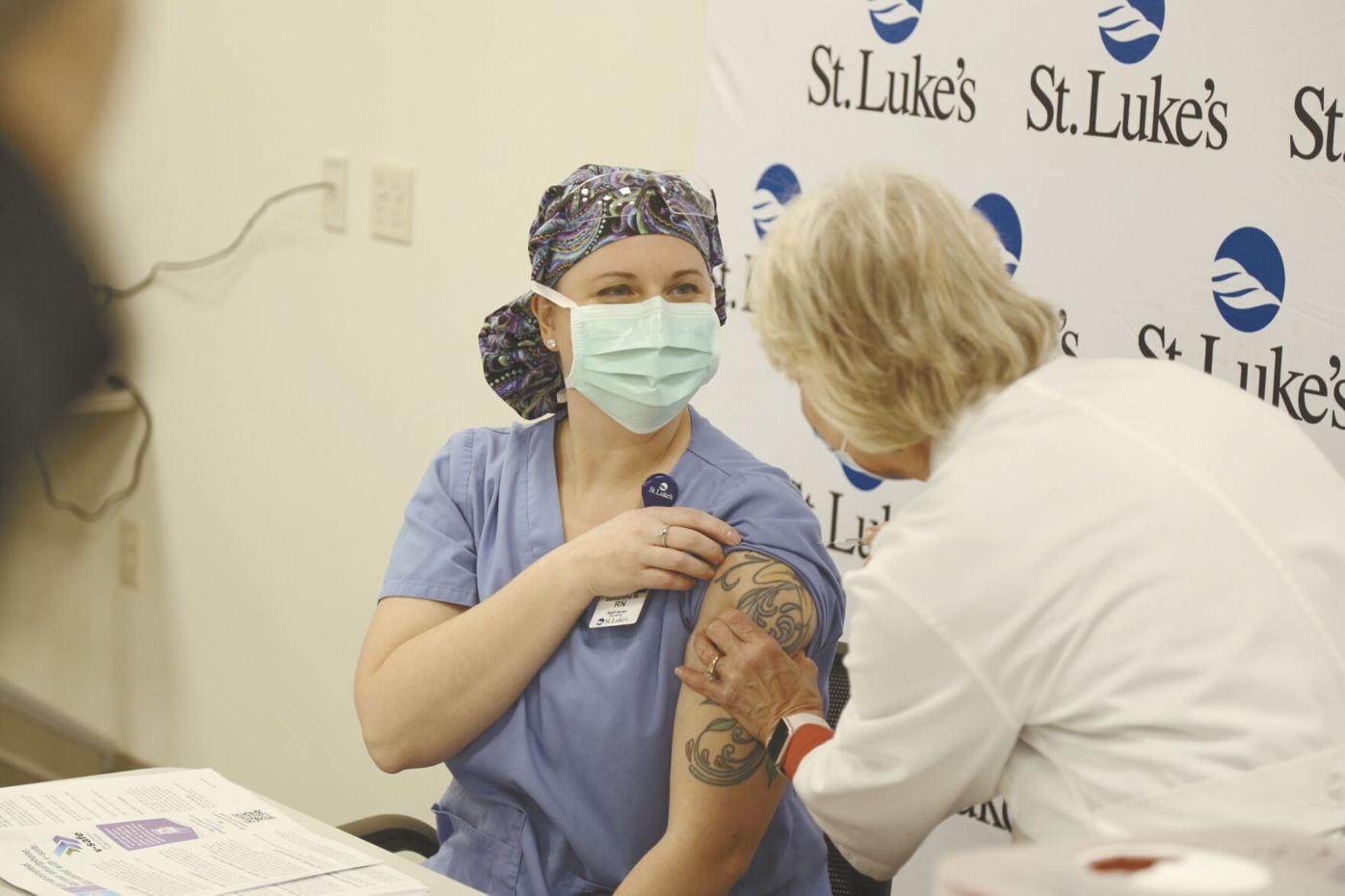 Dr. Kasey Kapella, a family practice physician on the frontlines at Fairview Mesaba Clinic in Hibbing, was the first staff member at Fairview Range to receive her first dose of the coronavirus vaccine. Fairview Range began immunizing its staff on Monday, Dec. 21.

Dr. Steve Pitschka receives the Pfzier-BioNTech COVID-19 vaccine from nurse Casey Sharp on Monday at Essentia Health-Deer River. Pitschka was the first to receive the vaccine at the hospital.

VIRGINIA — Like many frontline health care workers amid the global coronavirus pandemic, life changed pretty quickly this summer for Cindy Davidson. She went from her day-to-day duties as a nurse at the Essentia Health hospital in Virginia to running the site’s COVID-19 tent in the urgent care parking lot — sometimes delivering the news to coworkers that they tested positive.

On Monday morning, her job changed again as Davidson drew a sign of hope from a small vial removed from the hospital’s deep freezer and administered the first-ever coronavirus vaccine shot in Virginia to one of counterparts.

“Being able to bring it here, it’s the most wonderful thing that happened here today,” she said during an interview that afternoon. “It brings us to tears.”

The Pfizer-BioNTech vaccine, the first to hit the market after federal approval, arrived in Minnesota last week as COVID-19 infections decelerated from a November peak that pushed hospital capacities to the brink and without remorse added hundreds of Minnesotans to the COVID-19’s death toll in the month alone. Since March, more than 373,000 residents have been infected and 4,872 dead from the virus.

Since last week, vaccines have been administered across the Iron Range. Injections started at Essentia Health in Virginia and Deer River, along with Fairview Range in Hibbing, while St. Luke’s in Duluth delivered its first on Dec. 18. The Bois Forte Band of Chippewa also began inoculations last week.

Vaccines approved by federal regulators, like the ones produced by Pfizer-BioNTech and Moderna, are what health officials consider the fastest route back to pre-COVID life in the state and across the world, though quantities of both vaccines are limited to this point.

Minnesota has received its expected fulfillment of 46,000 doses from Pfzier-BioNTech, according to state Infectious Disease Director Kris Ehresmann on Monday, and is expecting another round of shipments from Moderna. Like many states, Minnesota is following vaccination guidelines that prioritize frontline health care workers and nursing home residents in 1A group, which Ehresmann hopes to complete by the end of January before moving onto the 1B and 1C groups. A widely available vaccine for the general public isn’t expected until this spring.

Still, in Virginia, Davidson said they were expecting to administer about 66 doses of the vaccine Monday — 11 vials with six doses in each — and had no problem finding willing participants to receive it. Once the vial is removed from the deep freezer, she has an hour to use it before it goes bad, but reported a waiting room full of her coworkers — nurses, doctors, Health Unit Coordinators and more — lined up for their inoculation.

“They’re excited — people are excited,” she said. “We’ve been taking pictures and videos and people. Everyone has been waiting for this date. Who thought in December we’d be doing this? This is history.”

Dr. Kevin Riess, a surgeon at Essentia Health-Virginia, was among those vaccinated Monday. In a Christmas light cap and surgical mask, he told the Mesabi Tribune between operations that he had “no hesitation” about taking the vaccine. Both the Pfizer-BioNTech and Moderna medicines have faced scrutiny from people because of the record amount of time — less than a year — it took to develop them compared to a typical vaccine timeline that stretches multiple years.

Riess said he listened to public health officials but also read medical journal articles and other briefings over the last several months to inform himself on what was going on. “Good sound science went into the vaccine,” he said. “Lots and lots of smart people worked on developing it and studying it.”

As one of three surgeons at the hospital, Riess said they rotated on-call times to minimize exposure, so if one became ill, two others were there as healthy backups. As cases surged in Minnesota, St. Louis County and on the Iron Range starting last month, he reported a hospital busy dealing with an influx of COVID-19 patients. As a surgeon, he’s seen the worst of the worst cases in the ICU, where he’s often consulted to critically ill patients that might require certain therapies.

Both Riess and Davidson said the arrival of a vaccine is already reducing anxiety among the staff at the hospital, which for nearly 10 months has had to take extra precautions going home to their families: Taking off their personal protective equipment and scrubs in a separate room and showering before coming in contact with family members. “There’s always that chance though,” Riess said. “At times, it feels like you’re walking on pins and needles.”

Davidson said some staff members in Virginia quarantined away from their families altogether, an especially stressful decision for those with small children. “I can see it, people were traumatized going to work,” she added. “It’s been a difficult time and the staff is very stressed out working long hours. This vaccine is going to help a lot of people.”