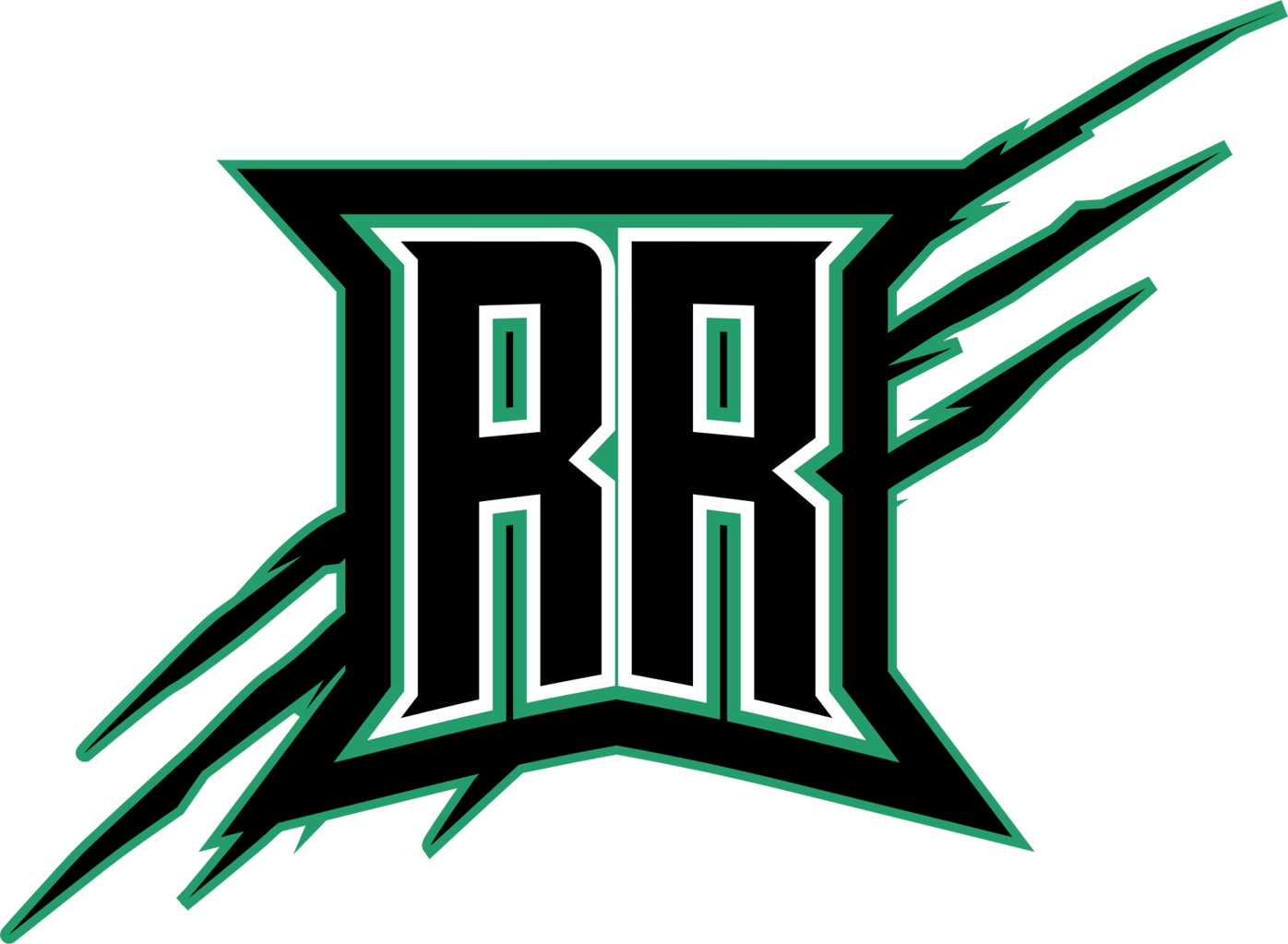 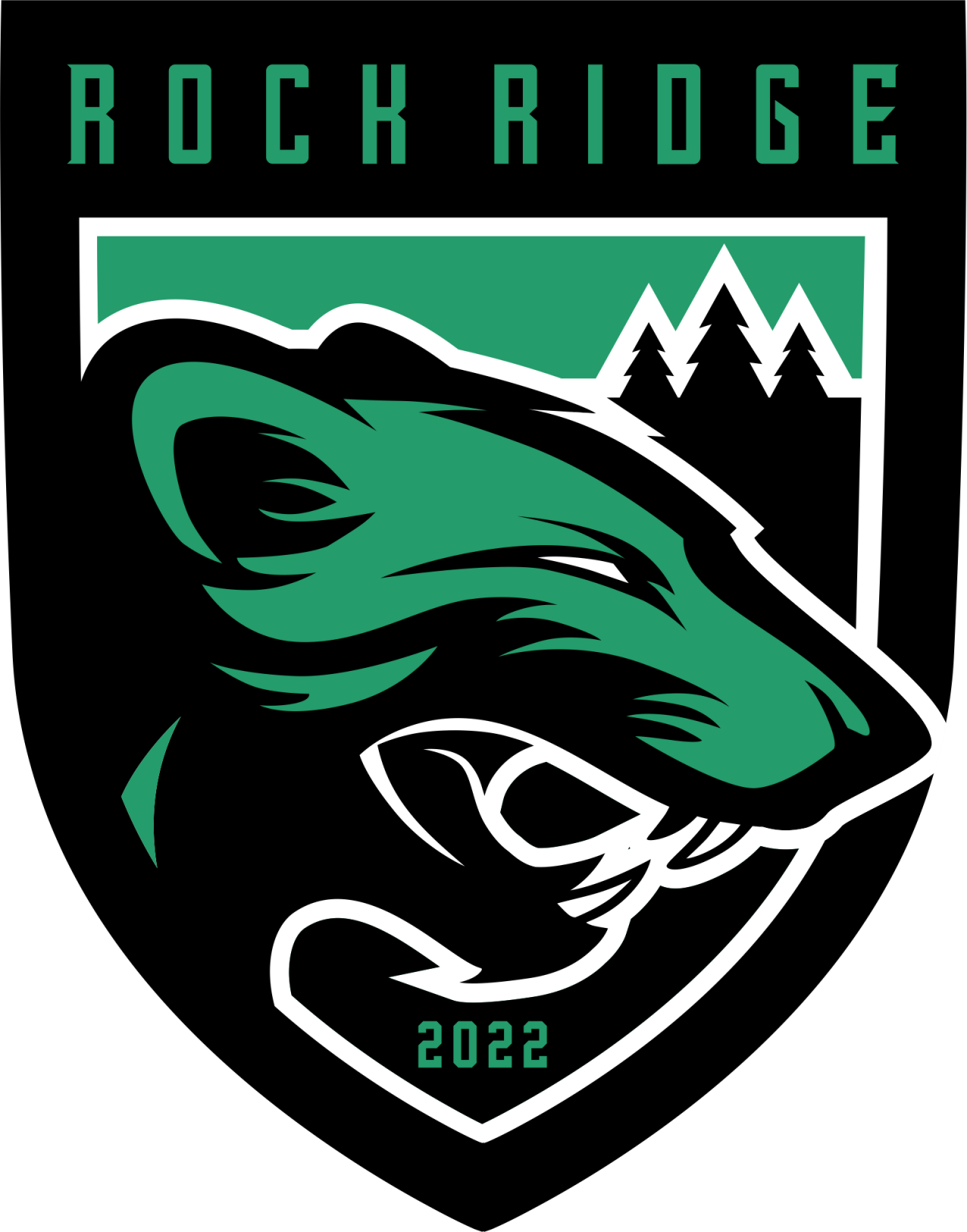 Eveleth-Gilbert/Mesabi East's Bryce Kopp and Virginia/MI-B's Ben Ervin skate around the Hippodrome in Eveleth with a banner announcing the new combined Virginia-Eveleth-Gilbert school will be known as the Rock Ridge Wolverines. The announcement was made between the 2nd and 3rd periods of the Blue Devils-Golden Bears game in Eveleth.

Eveleth-Gilbert and Virginia schools unveiled the much-anticipated new name, mascot and color scheme for combined school that is expected to open for the 2021-22 school year.

The Wolverines and their green, black and gray colors were introduced throughout Thursday, beginning with a color reveal at Virginia High School in an afternoon assembly, culminating in the mascot and school name release during the second intermission of the Eveleth-Gilbert and Virginia boys hockey game at the Hippodrome that night.

Every aspect of the new name, mascot and colors were chosen by the Eveleth, Gilbert and Virginia communities through a community-wide vote hosted by the school districts. The winning options were unveiled Thursday under the slogan “Fiercely United,” a nod to the massive effort to officially combine and consolidate the two districts over the past two years.

“We think this will be a great name and mascot for the community,” said Virginia Superintendent Dr. Noel Schmidt, who spearheaded the initial idea for an academies model high school involving E-G and Virginia. “They’re going to love it.”

The names, logos and colors all hold some meaning to the region.

Rock Ridge, the school name, recognizes the rock development on which the new schools will be built, while Wolverines are known as “devils bears,” a blend of the Blue Devils and Golden Bears mascots of both school districts. The color green is a combination of the blue and yellow of Virginia and E-G.

The primary logo features the wolverine mascot, three trees and the school name. In the logo circulating social media, it also features the year of the first class expected to graduate from the new school in 2022.

Symbolic are the three trees, representing “Eveleth, Gilbert and Virginia, three communities standing together,” according to handouts.

At the afternoon assembly in Virginia, seventh through 12th grade students from both districts packed the VHS gym for the official color scheme announcement. They were all given black T-shirts with green and gray lettering and the “Fiercely United” slogan.

John Jenson, a Colorado-based consultant for memorabilia manufacturer Jostens, spoke to the students and teachers about his role in helping come up with the name, mascot and colors for the new school.

“It was heated. It was awkward. It was emotional. It was confrontational. It was everything you could imagine,” he said. “The reason it was, was because it was really, really important.”

Inside the Hippodrome on Thursday night, a nearly-capacity crowd filed into the hallowed halls of the American hockey arena. On the ice, the competition level gave no indication of the pending second intermission announcement that would soon enough unify the two teams under one name and logo.

Volunteers had stocking hats and T-shirts ready to hand out, while plastic mugs bearing the new logos waited outside in the lobby, where Jostens employees hung banners and jersey mock-ups for the public to view.

When the announcement came, players from both teams joined each other to skate around with a banner displaying the name and logo. A mass of students soon filled the ice, in a scene that looked like a state championship was just won.

In a way, a championship was won.

School board members from Eveleth-Gilbert and Virginia, and the die-hard supporters of the new academies model school and consolidated district, worked toward a night like Thursday night for more than two years.

The school name and logo unveiling was the product of more than 100 meetings, a public vote on the new school, numerous debates on how to accomplish this, many volunteer hours, and stakeholders hearing thousands of comments, suggestions and ideas — for and against the entire plan — every step of the way.

In the eyes of Schmidt and those on-the-ground supporters, the community-led project scored a big win over the parochialism that threatened to stop it from happening.

“The best part is, this is what the public voted to do,” he said of the Thursday announcement. “We are fiercely united.”