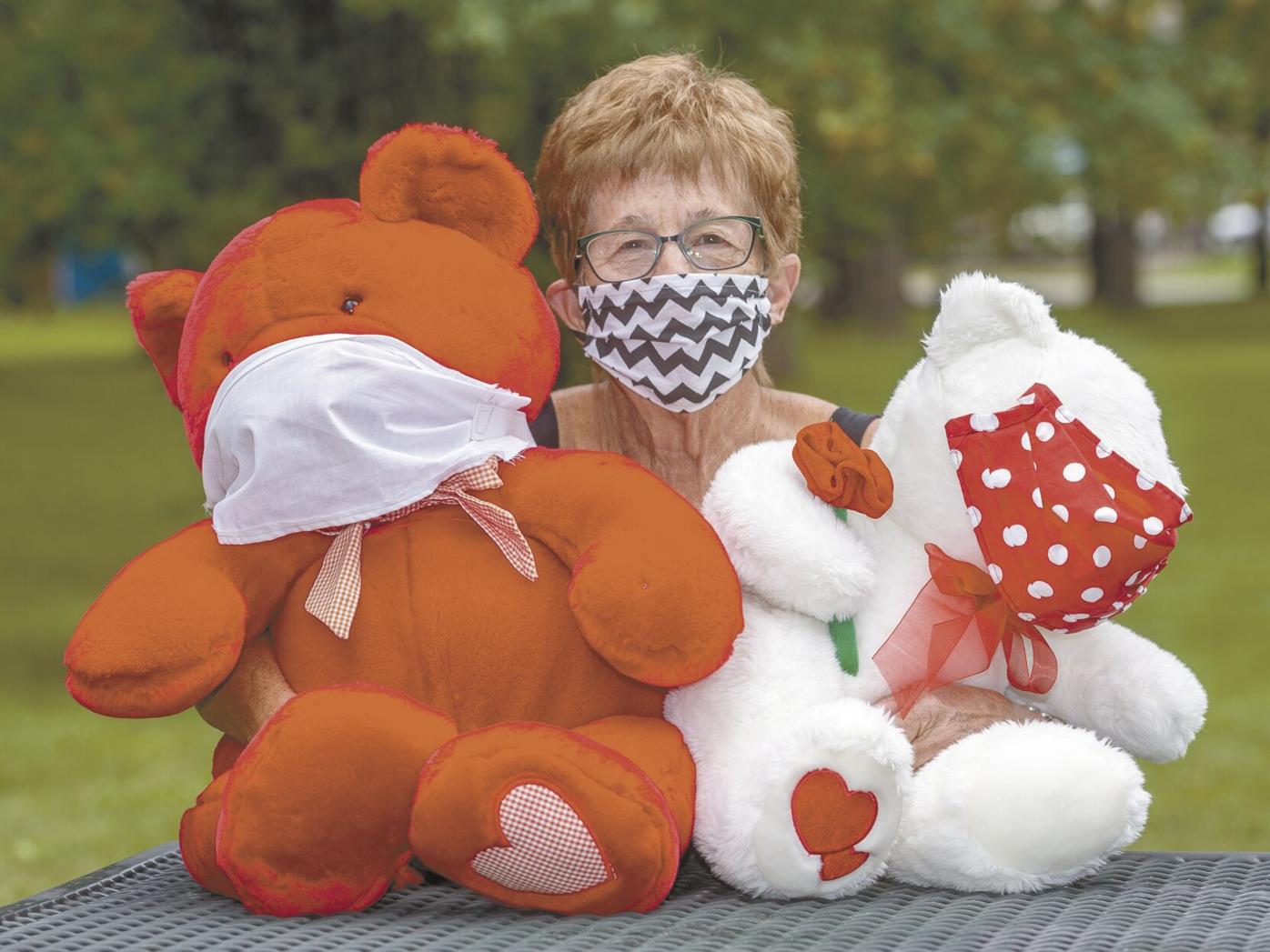 Author Renee Koroshec poses with the stars of her new children's book Teddy and Tilda, the Corona Bears. 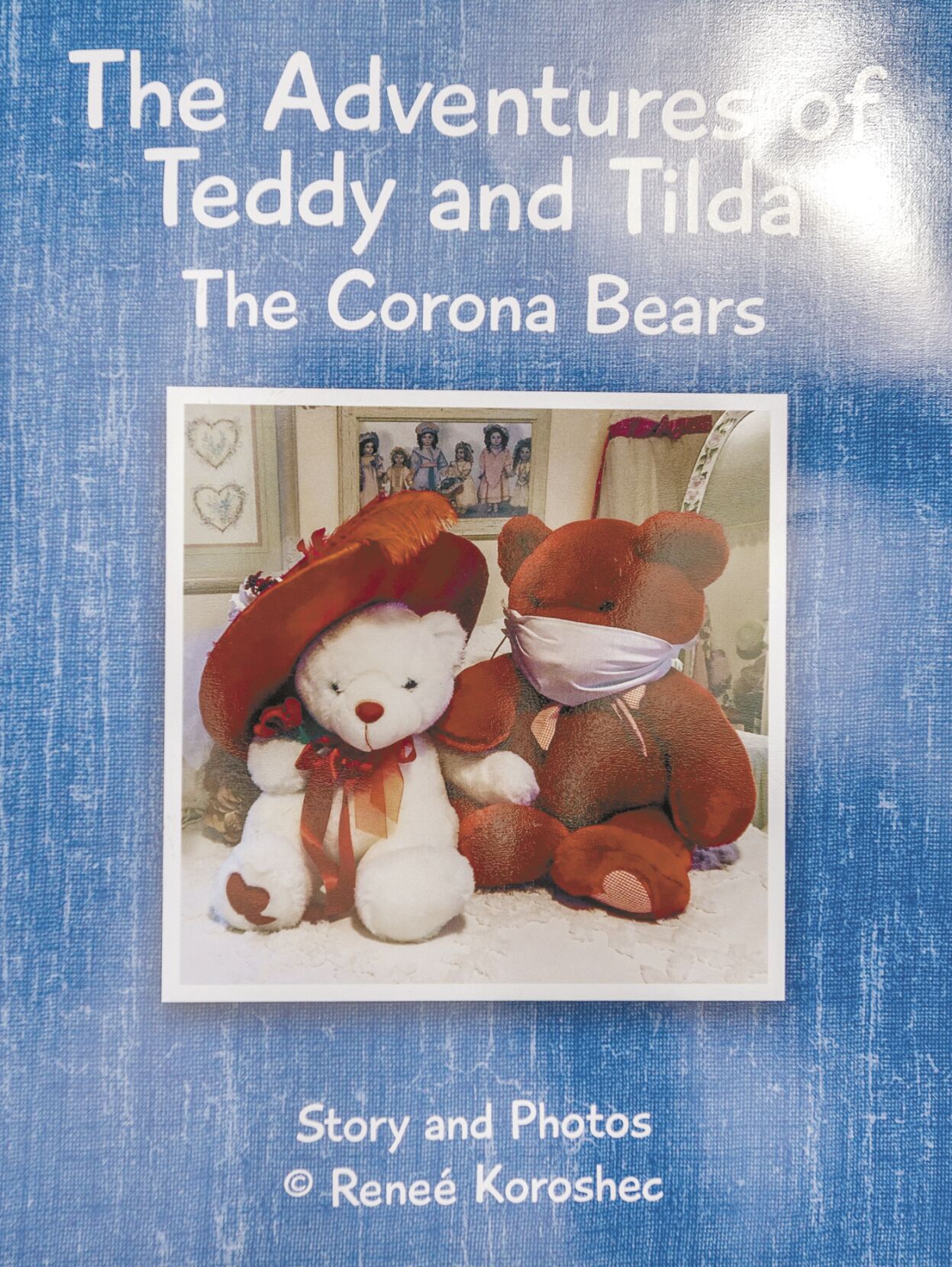 Author Renee Koroshec poses with the stars of her new children's book Teddy and Tilda, the Corona Bears.

AURORA — Renee Koroshec and the mask-wearing bears are "hoping to make a difference," the rural Aurora author says about her children's book entitled "The Adventures of Teddy and Tilda, The Corona Bears."

The story was inspired by responses to the masked teddy bear she displayed on her mailbox since earlier this year to encourage wearing masks during the COVID-19 pandemic, Koroshec said in a recent phone interview.

Now she’s planning a book-signing for 11 a.m.-1 p.m. on Thursday, July 23, at The Hive restaurant and coffee shop on Aurora's main street. A poster advertising the event encourages adults and children to come meet Teddy and Tilda and have a picture taken with the bears. Social distancing will be practiced.

She dedicated the book to Lincoln Joseph Drees, her first great grandchild expected to be born later this summer to Jordan and Jordyn Nikunen, and to all her future great-grandchildren. She has three daughters and nine grandchildren.

One of her grandsons was impressed: "You wrote a book, Nanna!" Koroshec recalled him saying.

"My heart has always been with kids,” she said. She added, "I just wanted to do this for my grandkids and great-grandkids because this is a different time and we're never going to have this again... I hope.”

The book begins, "In the spring of 2020 Teddy and Tilda came out of hibernation after their long winter nap. They found the world in a Coronavirus pandemic and an entirely new way of life. This is the story of how they, just like many other boys and girls, spent the spring and summer of 2020. Everyone wore masks and practiced social distancing, which meant staying home with family members and keeping six feet away from other people, so they would not contract the virus."

Many adventures come to follow, from Tilda getting stuck in the mailbox to Teddy and Tilda going on a picnic and being joined by all the other bears in the forest.

"I wanted to write a cheerful book for children to ease their anxiety during this unsettling time in their lives, and show them how the bears stayed healthy and enjoyed their normal activities,” Koroshec wrote this on the back of the book. “It's my hope that children living through this pandemic will share the adventures of Tilda and Teddy with their future children and grandchildren."

She acknowledges her "best friend, confidant and conscience" Kathy Kiiskinen, who encouraged her to write the book; Nancy Harp, the "punctuation police" who corrected her spelling and grammar and who drove her and the bears to locations for photo shoots; Mary Mulari for her expertise on book publishing; and Barb Tucker at Andrew's Cameras "for taking this idea out of my head and making it a book.”

She has contacted national media about the book, such as Lester Holt, evening news anchor on NBC television, the Today show, ABC's "Good Morning, America" and others. Koroshec also has sewed more than 500 masks to donate. And at the baby shower for her expected great-grandson, she planned to present the book to the new mother-to-be.

“The Adventures of Teddy and Tilda, The Corona Bears” ($15) is available for purchase at The Hive and at Cutting Edge in Aurora, Eclips Salon in Hoyt Lakes and at Andrew's Cameras in Virginia, or by calling Koroshec at 218-780-6052, teddyandtilda@gmail.com.